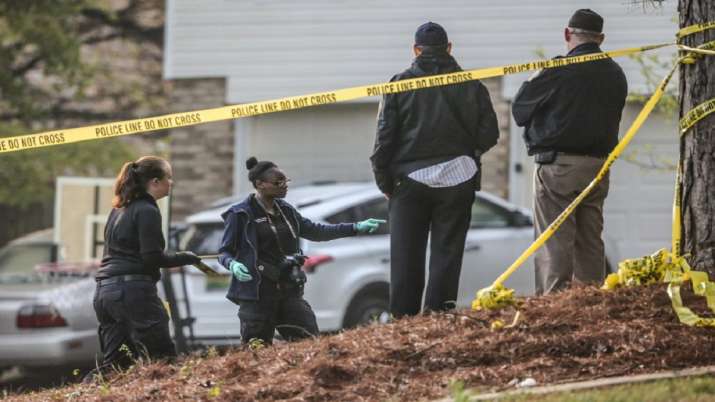 Five people, including the suspect, were killed during an hours-long standoff in California’s Wasco city, local authorities said.

In a statement to the media on Monday, the Kern County sheriff’s office said they received a report of shots fired at 1:00 pm on Sunday, reports Xinhua news agency.

When deputies arrived at the scene, the suspect opened fire at the law enforcement personnel triggering the standoff between the two sides.

Two hours later, special weapons and tactics (SWAT) teams who approached the house were attacked by the gunman.

One policeman suffered major injuries and died in hospital and another deputy was moderately injured.

At around 6.30 pm, the suspect and deputies exchanged more gunfire, during which the former was wounded.

The suspect and other three persons locked in the house during the time of the shooting were taken to a hospital for medical treatment, and all died there.

The victims have not been identified and an investigation is underway.

Wasco is in the San Joaquin Valley, about 240 km northwest of Los Angeles.

As signs that the second wave of COVID-19 is beginning to wane and travel restrictions loosen, foreign investors are looking to return to the U.S., … END_OF_DOCUMENT_TOKEN_TO_BE_REPLACED

Wall Street stocks continued to rise while government bonds softened as investors addressed the effects of US employment reports, which were much … END_OF_DOCUMENT_TOKEN_TO_BE_REPLACED