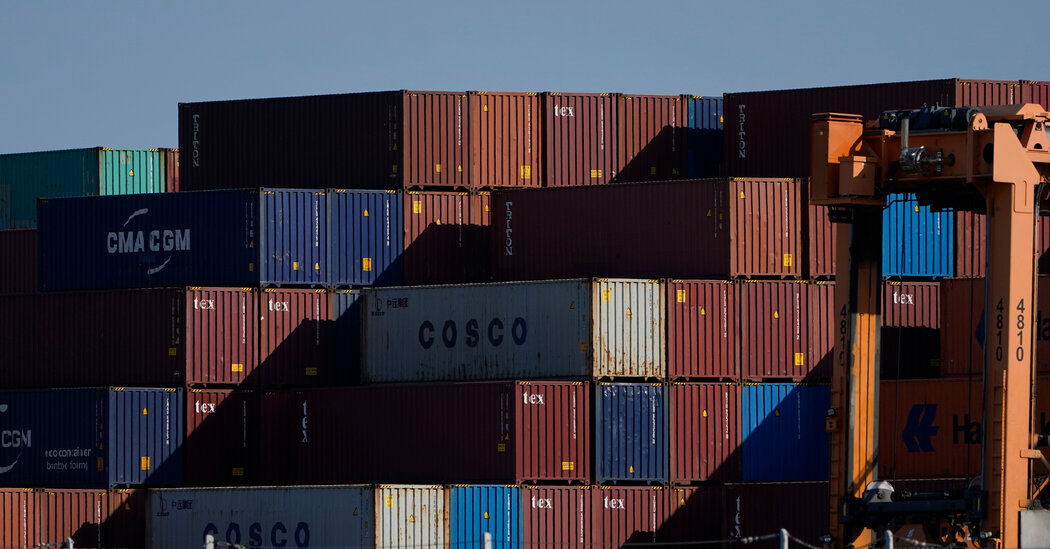 In the math of global economics, a foreign tourist staying in the United States is essentially purchasing an American services export. Travel exports were only $18 billion in the first four months of 2021, down from $67 billion in the same period of 2019.

Meanwhile, flush American consumers have shifted their spending away from services and toward goods. In the first four months of the year, imports of consumer goods were 29 percent higher than in 2020, a $57 billion jump.

“The only thing people could consume was goods,” said Constance Hunter, chief economist at KPMG. “You couldn’t have a wedding, you couldn’t go to a baseball game. So what did people buy? They bought goods, and that’s much more of a global market than services.”

In effect, the United States and China are acting as the drivers of the global economy, while most of the rest of the world is further behind in recovery from the pandemic.

That is unfortunate for the people in those places experiencing sluggish recoveries, but is probably helping to keep supply shortages in many sectors from being even worse. Already, a shortage of semiconductors has held back production of automobiles; shortages of building materials have suppressed housing construction; and a shortage of shipping containers has sent prices skyrocketing for moving goods across oceans.

As signs that the second wave of COVID-19 is beginning to wane and travel restrictions loosen, foreign investors are looking to return to the U.S., … END_OF_DOCUMENT_TOKEN_TO_BE_REPLACED

Wall Street stocks continued to rise while government bonds softened as investors addressed the effects of US employment reports, which were much … END_OF_DOCUMENT_TOKEN_TO_BE_REPLACED