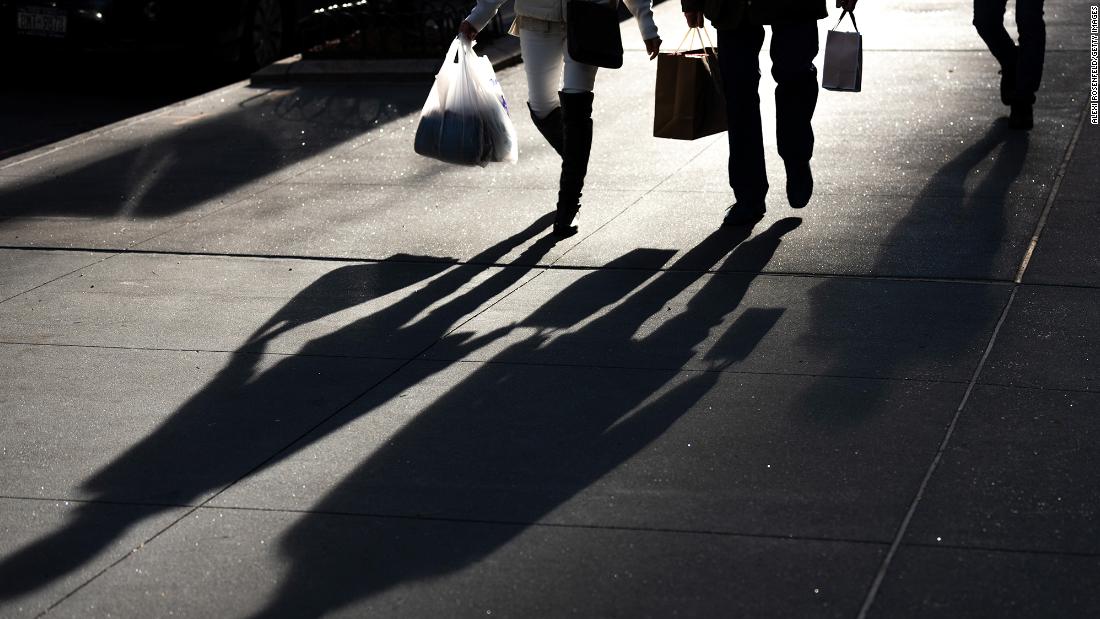 In fact, Republicans are more pessimistic than at any point since September 2010, when the economy was just beginning to dig out of the Great Recession.

Meanwhile, consumer sentiment among self-identified Democrats is higher than at any point during the presidency of Donald Trump — even though unemployment was far lower then than it is today.

This polarization of consumer sentiment across party lines is not entirely new, but it got significantly worse during the Trump era and continues to this day.

“It didn’t really matter who was elected, until Trump,” said Richard Curtin, who leads the University of Michigan’s closely-watched consumer sentiment surveys.

Consider what happened last fall, just before the presidential election. The University of Michigan’s consumer sentiment index among Democrats stood at 72.4 in October 2020, compared with 98 for Republicans.

By the time Joe Biden was sworn in as president, sentiment among Democrats surged to 89.5, while that of Republicans plunged to 69.8. That gap widened in the months to come.

The US economy is booming

Despite the pessimism among Republicans, there is plenty of evidence that the US economy is flourishing as the pandemic winds down and health restrictions fade away.US stocks touched record highs on Tuesday. The housing market is on fire. Oxford Economics expects the US economy will grow at an average pace of 7.5% in 2021, the fastest growth rate since 1951. Americans are also traveling again. The number of airline passengers hit a pandemic-era record on Sunday, according to US airport screening data from the Transportation Security Administration. On Tuesday, United Airlines announced the largest aircraft purchase in the company’s history and the biggest order by any airline in about a decade.Nearly 44 million Americans are expected to travel by car this Fourth of July weekend, according to AAA. Demand is so strong that gas stations, grappling with a shortage of tanker truck drivers, are struggling to maintain supply. The Back-to-Normal Index, created by CNN Business and Moody’s Analytics, is now at the highest level of the pandemic.

Overall consumer sentiment measured by the University of Michigan rose solidly earlier this year before plateauing in recent months.

Of course, none of this is to say all is well with the US economy.

The United States is still down about 7.6 million jobs compared with February 2020. Many businesses are struggling to hire workers. And the pandemic made the country’s already-glaring inequality problem even worse, hitting low-income families the hardest. At the same time, the reopening of the economy has created supply chain bottlenecks and shortages, pushing up inflation to levels not seen in decades.

Investors and economists pay attention to consumer confidence because the US economy is driven in large part by consumer spending. If nervous Americans stop spending, the economy will tank. If they keep buying, it soars.

It’s hard to say how much the polarization of consumer confidence impacts the broader economy, though it’s clearly not a positive.

“This partisanship creates a measure of distrust in what public policy can be and how it can help the economy,” Curtis said. “And this uncertainty is corrosive of economic plans by businesses and consumers alike.”

As signs that the second wave of COVID-19 is beginning to wane and travel restrictions loosen, foreign investors are looking to return to the U.S., … END_OF_DOCUMENT_TOKEN_TO_BE_REPLACED

Wall Street stocks continued to rise while government bonds softened as investors addressed the effects of US employment reports, which were much … END_OF_DOCUMENT_TOKEN_TO_BE_REPLACED