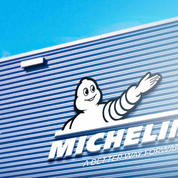 Bahrain-based GFH Financial Group has announced that it has signed a deal to acquire a $100 million student housing portfolio affiliated to top rated universities located in the United States.

The acquisition is in partnership with Student Quarters, an Atlanta-based specialist asset manager, which has completed transactions in the space with a total value in excess of $1.4 billion.

GFH said its investment strategy in student housing assets is based on building a diversified portfolio that targets universities within the top 150 universities in the US and that are considered flagship universities in their respective states with strong sporting and academic facilities.

These universities have steady growth in enrolments over long periods of time and have large student populations in excess of 20,000.

Over the past year, the student housing market has remained a strong performing sector with approximately 90 percent average occupancy levels and nearly 100 percent rental collections, which are backed by parental guarantees.

Awais Majeed, executive director, Real Estate Investments at GFH, said: “As part of GFH’s growing real estate activities and investments, we’re delighted to initiate our investments in another strategic segment of the US real estate market, the student housing sector.

“This is another step in further building a diversified portfolio of well positioned, stabilised real estate assets. With scarce comparable supply in flagship universities and growing student enrolment numbers, we see strong prospects for the sector.”

Stephanie J Lynch, chief investment officer of Student Quarters, added: “These will be the first acquisitions for the new partnership, which will bring compelling investment opportunities and demonstrated results to GFH.”

As signs that the second wave of COVID-19 is beginning to wane and travel restrictions loosen, foreign investors are looking to return to the U.S., … END_OF_DOCUMENT_TOKEN_TO_BE_REPLACED

Wall Street stocks continued to rise while government bonds softened as investors addressed the effects of US employment reports, which were much … END_OF_DOCUMENT_TOKEN_TO_BE_REPLACED