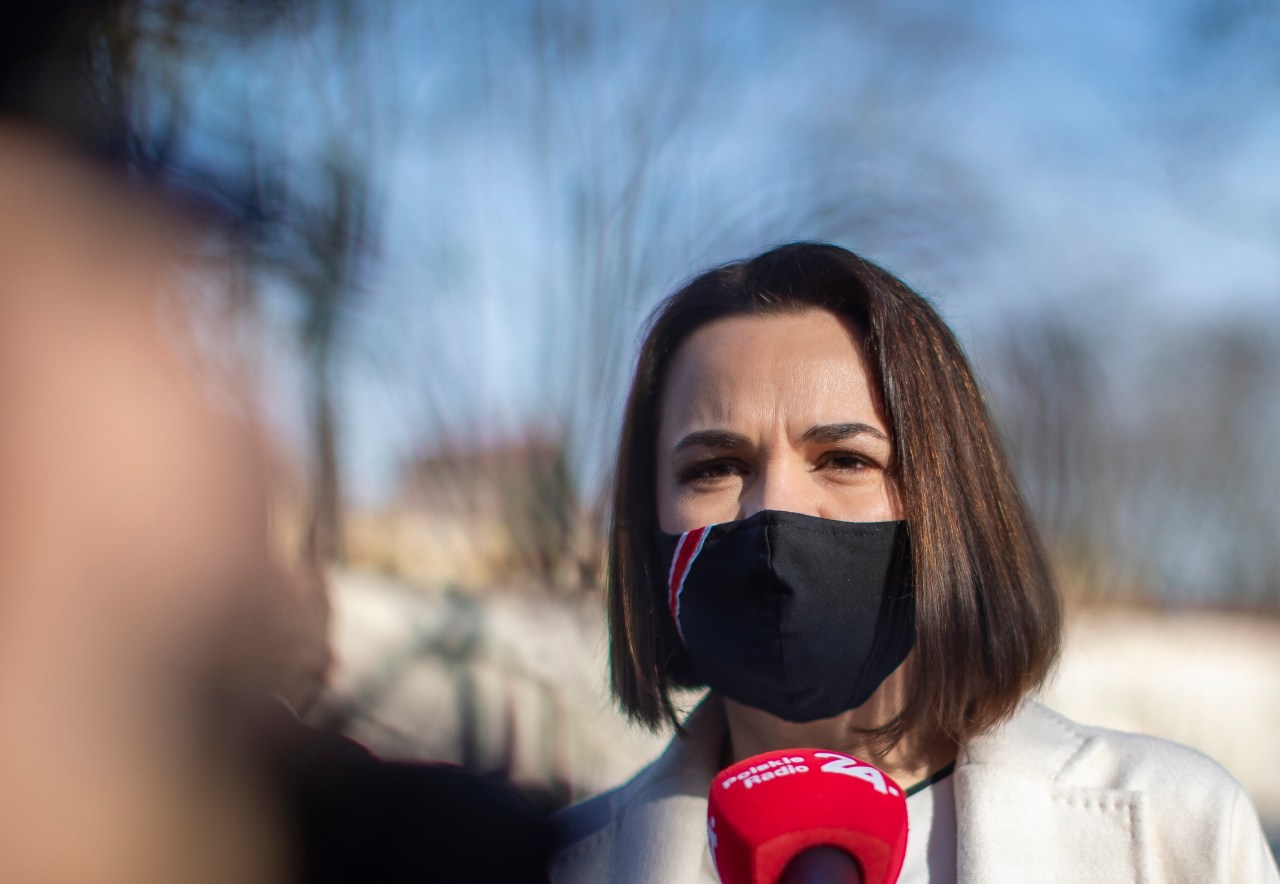 Belarus opposition leader Sviatlana Tsikhanouskaya speaks to the media during the ceremony to commemorate victims of the Chernobyl nuclear disaster at the memorial to Chernobyl workers and firefighters in Vilnius, Lithuania, Wednesday, April 21, 2021. (AP Photo/Mindaugas Kulbis)

LJUBLJANA, Slovenia (AP) — The exiled Belarusian opposition leader on Monday called for sustained international focus on the struggle for democracy in her country against long-ruling authoritarian President Alexander Lukashenko.

Sviatlana Tsikhanouskaya spoke during her visit to Slovenia, a small Alpine nation that is slated to take over the rotating presidency of the European Union in July.

“It is extremely important to keep Belarus high in agenda on international level with our difficult fight for democratic changes,” Tsikhanouskaya said after a meeting with Slovenia’s foreign minister, Anze Logar.

Tsikhanouskaya ran against Lukhashenko in last year’s presidential election in Belarus that triggered the largest wave of protests in the ex-Soviet nation’s history.

Official results of the elections handed Lukashenko, who has run Belarus with an iron fist since 1994, his sixth term in office but Tsikhanouskaya and her supporters refused to recognize the results, arguing they were manipulated.

Tsikhanouskaya moved to Lithuania under pressure from the Belarusian authorities in August, shortly after the election. Belarus later became a target of Western sanctions after Lukashenko unleashed a harsh crackdown on the mass protests demanding his resignation.

More than 34,000 people have been arrested, many of them beaten, and most prominent opposition figures have fled Belarus or been jailed.

“So, I call you to be vocal about the situation in Belarus, especially about human rights, about atrocities and tortures in our jails, because people in democratic countries can’t even imagine how people are ill-treated in our jails,” said Tsikhanouskaya.

Logar expressed support for the holding of an internationally-observed free and fair election in Belarus. He said in a statement that Slovenia will seek to keep the situation in Belarus high on the EU agenda.

“We will also look for opportunities to explain to our partners and international organizations how important this fight for democratization in Belarus is,” Logar said, according to the STA news agency.

As signs that the second wave of COVID-19 is beginning to wane and travel restrictions loosen, foreign investors are looking to return to the U.S., … END_OF_DOCUMENT_TOKEN_TO_BE_REPLACED

Wall Street stocks continued to rise while government bonds softened as investors addressed the effects of US employment reports, which were much … END_OF_DOCUMENT_TOKEN_TO_BE_REPLACED