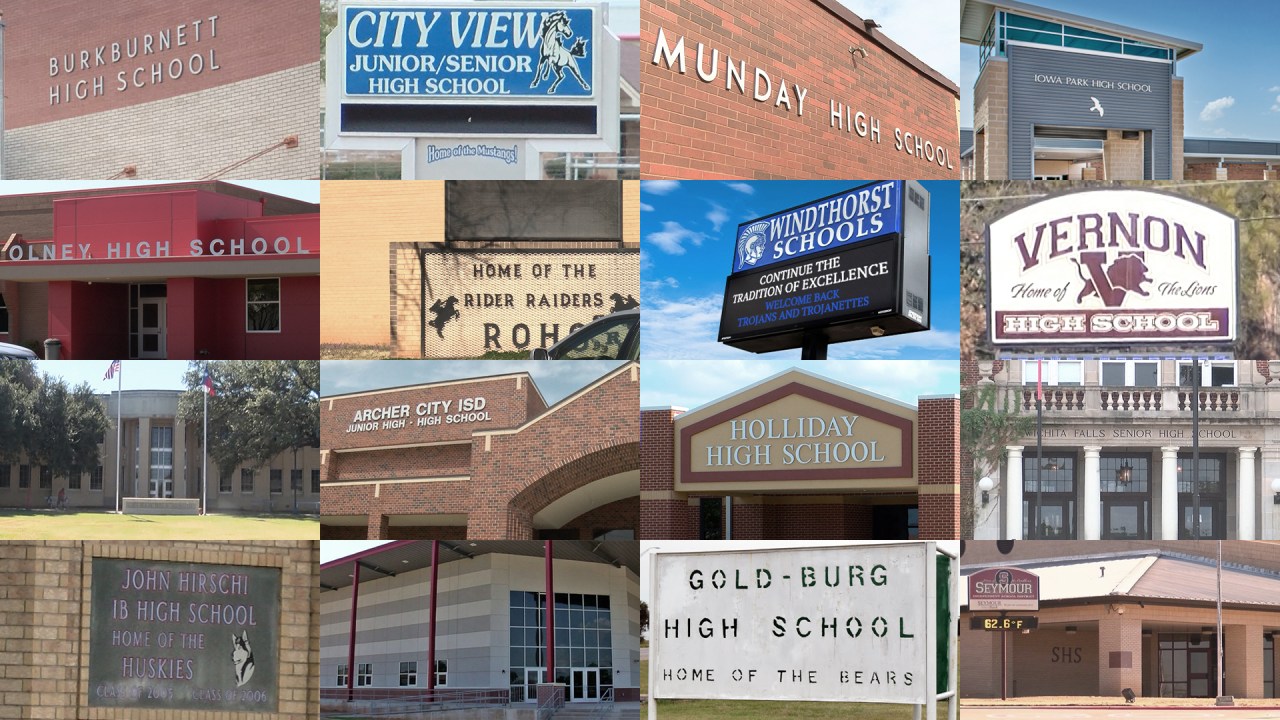 TEXOMA (KFDX/KJTL) — There are over 30 public high schools in Texoma, but which one is best?

Thanks to new state and national rankings from U.S. News, we may have an answer to that question.

The U.S. News rankings include data on nearly 24,000 public high schools in 50 states and the District of Columbia.

The state of Texas alone has over 3,200 public high schools, over 400 of which are magnet and charter schools. Therefore, any school that has a rank above 480 would be a school ranked in the top 15 percent of schools in the state.

Olney High School, which was ranked 290th in Texas and 3,351st in the nation, was the highest ranking high school in the area.

Holliday High School is the second-highest ranked school in Texoma, with a ranking of 332nd in Texas and 3,935th in the U.S.

Rider High School ranked third highest among Texoma high schools, ranking 464th in the state and 5,590th in the nation.

A full list of Texoma schools, along with their state and national rankings, can be found below.

Note: If a high school is not listed below, that school did not make the list.

As signs that the second wave of COVID-19 is beginning to wane and travel restrictions loosen, foreign investors are looking to return to the U.S., … END_OF_DOCUMENT_TOKEN_TO_BE_REPLACED

Wall Street stocks continued to rise while government bonds softened as investors addressed the effects of US employment reports, which were much … END_OF_DOCUMENT_TOKEN_TO_BE_REPLACED