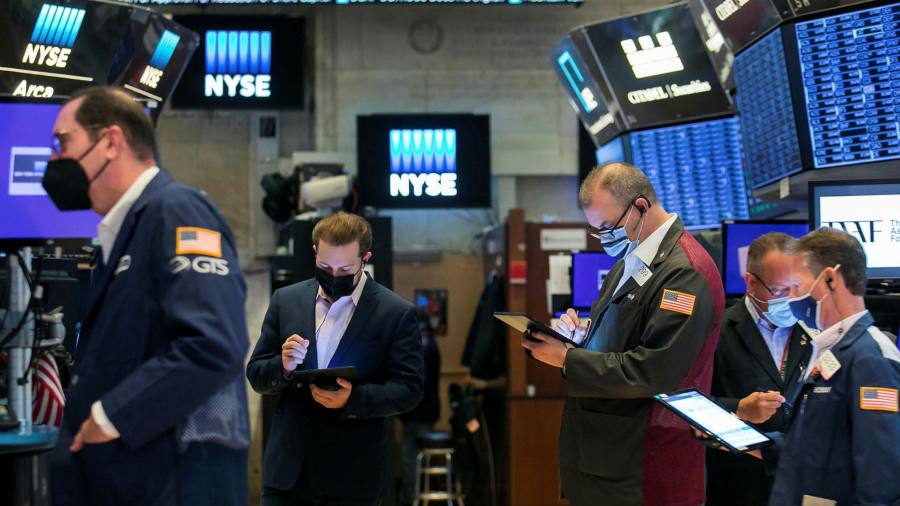 Core government debt rallied ahead of the release of Thursday’s inflation data as traders bet that signs suggesting the US economy was overheating would be outweighed by assurances that the Federal Reserve would continue with its supportive monetary policies.

The yield on the 10-year Treasury bond dropped 0.04 percentage points to 1.49 per cent, its second lowest level in three months, according to Refinitiv data, while European government yields also slid.

Economists expect that US consumer prices, excluding volatile food and energy costs, will rise 3.5 per cent in May in their biggest year-on-year jump since 1993. Data on Wednesday already showed that Chinese factory gate prices had climbed last month at the fastest pace since the financial crisis.

Rising inflation prompts fears of higher interest rates that make fixed interest securities such as government bonds less attractive. But the US central bank, which meets next week, has maintained that bouts of higher prices are a transient effect of industries reopening after coronavirus shutdowns.

“Bonds are rallying in anticipation of meetings where the Fed will say something like this again,” said Randeep Somel, portfolio manager at M&G.

Some senior Fed officials, such as vice-chair Randal Quarles, have called for discussions about reducing the central bank’s $120bn of monthly bond purchases that have supported markets through the pandemic. Another, Richard Clarida, has argued that the main US borrowing rate should stay at a record low until the nation reaches maximum employment.

At the European Central Bank’s monthly meeting on Thursday, its president, Christine Lagarde, is also expected to say that the bloc still needs supportive monetary policy.

“While we expect President Lagarde to be cautiously optimistic . . . we also expect her to emphasise that the recent increase in price pressures is likely to be transitory,” Daiwa economist Chris Scicluna said.

The move follows a sell-off in government bonds at the start of this year, driven by expectations that US president Joe Biden’s multitrillion-dollar stimulus package would stoke inflation.

“The shorts are now retreating from bond markets,” said Esty Dwek, head of global market strategy at Natixis, referring to trades that sought to profit from the prices of securities falling. “They priced in a lot of growth in inflation very quickly,” she added, “but we will not know if the Fed is right or wrong until closer to the end of the year.”

Stock markets were subdued on Wednesday. Wall Street’s S&P 500 index, which has traded in a tight range for weeks, was flat by lunchtime in New York. The technology-focused Nasdaq Composite rose 0.3 per cent.

In Europe, stocks linked to travel rallied on reports that the Biden administration had taken the first step towards relaxing coronavirus-related travel bans. The region-wide Stoxx Europe 600, which rose to all-time highs earlier this week, set a fresh record after climbing 0.1 per cent.

Brent crude, the international oil benchmark, fell 0.3 per cent to $72 a barrel.

As signs that the second wave of COVID-19 is beginning to wane and travel restrictions loosen, foreign investors are looking to return to the U.S., … END_OF_DOCUMENT_TOKEN_TO_BE_REPLACED

Wall Street stocks continued to rise while government bonds softened as investors addressed the effects of US employment reports, which were much … END_OF_DOCUMENT_TOKEN_TO_BE_REPLACED