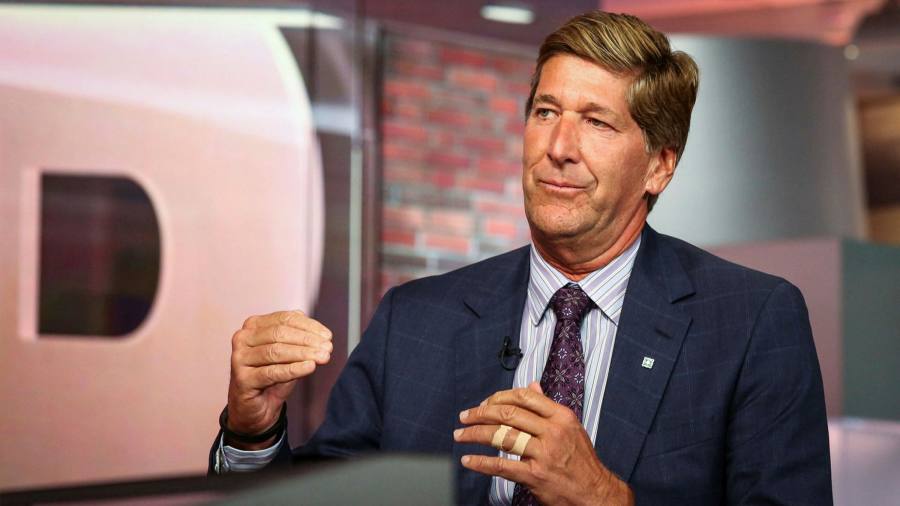 The chief executive of Citizens Financial, which recently bought HSBC’s US retail banking business, has predicted there will be more opportunities for mergers and acquisitions as smaller banks struggle to keep up in the financial technology race.

The comments from Bruce Van Saun underscore one of the key drivers of recent bank dealmaking in the US, which has spiked in 2021.

Bank M&A totalled around $31bn so far this year, already eclipsing deal activity for all of 2020, according to S&P Global Market Intelligence.

“I do think we’ll see some opportunities just because smaller banks are stressed with the move to digital business models and all the technology capex that is required,” Van Saun told the Financial Times.

Demand for digital banking services has accelerated during the Covid-19 pandemic, highlighting the need for banks to bolster tech spending.

“It does seem like there’s a lot of pent up demand for bank M&A, partly because the banking space has become more competitive, which has made it harder for banks to generate adequate revenue growth,” said Ken Usdin, an analyst at Jefferies.

“In terms of sellers, one group will be banks that have underinvested and would need to embark on a multiyear catch up on technology spending,” he added.

Rhode Island-based Citizens was spun out of Britain’s RBS in 2015. RBS bought the bank in 1988, near the start of a global expansion that ended in huge losses and a bailout by the UK government.

Van Saun last month agreed to acquire London-based HSBC’s bank branches on the east coast of the US, a network with roughly $9bn in deposits which bolsters Citizens’ presence in the New York metro area.

Now the 19th largest US bank by assets, according to S&P, Citizens is not “actively seeking” further bank acquisitions, Van Saun said, but he left the door open for more deals.

“What I’ve found often is once you’ve printed a deal in this space, then you start to see inbounds,” he said.

“We’ve earned the rights to do more deals by just being thoughtful and making sure they’re low execution risk and they have good financial metrics, and they make strategic sense.”

Van Saun also said Citizens is working with Fidelity, its clearing firm, to enable wealth management clients to store cryptocurrencies, a capability it aims to roll out later this year.

It’s a further sign of banks’ gradual embrace of crypto, despite doubts over its viability as a currency to rival the dollar.

“We’re viewing it (crypto) more as an investment asset as opposed to something that’s likely to turn into a near-term payment opportunity,” Van Saun said.

As signs that the second wave of COVID-19 is beginning to wane and travel restrictions loosen, foreign investors are looking to return to the U.S., … END_OF_DOCUMENT_TOKEN_TO_BE_REPLACED

Wall Street stocks continued to rise while government bonds softened as investors addressed the effects of US employment reports, which were much … END_OF_DOCUMENT_TOKEN_TO_BE_REPLACED