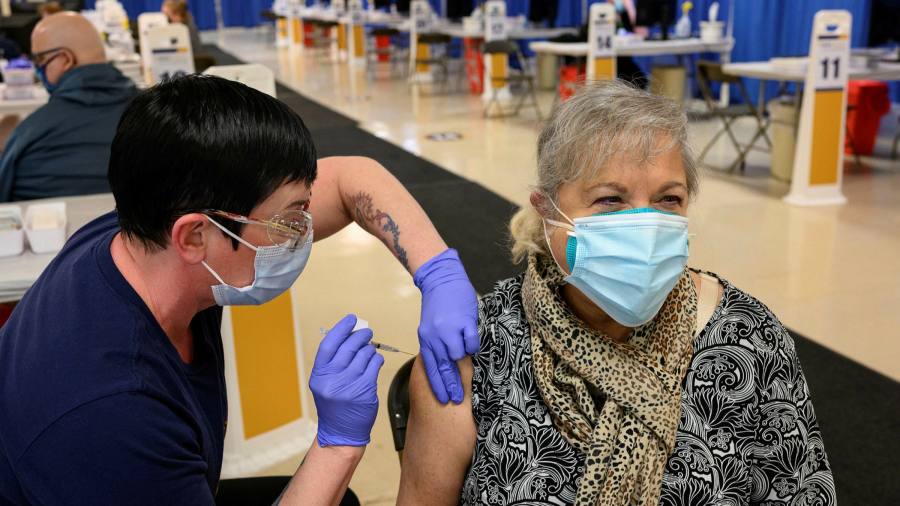 West Virginia is giving vaccinated residents a chance to win guns as part of a lottery aimed at boosting inoculation levels in the state.

Jim Justice, governor, announced several prizes geared towards West Virginia’s well-known outdoor lifestyle would be up for grabs in the state’s first vaccine lottery, to be drawn on June 20, which is both Father’s Day and the state’s 158th birthday.

Rounding out the June 20 purse are the relatively more vanilla prizes of $1m in cash and two full scholarships to any West Virginia institution for residents aged 12 to 25. Justice teased the cash, scholarships and pick-up trucks last week, but did not provide details at the time of when those prizes would be awarded.

Following this first draw, the state plans to give away $1m a week for five weeks in a row. A final draw will then take place on August 4, with a grand prize of $1.588m for one vaccinated resident and $588,000 for a runner-up. (The sums reflect the state’s “Beat 588 Bad” campaign, which refers to the estimated 588,000 West Virginians who have reportedly expressed some level of reluctance about getting vaccinated.)

Justice was among the first state governors to consider incentive schemes to boost vaccination rates. A plan to make vaccinated residents between the ages of 16 and 35 eligible for a savings bond or $100 gift card, the evolution of a scheme he first revealed in late April, was announced last week.

West Virginia has given at least one dose of a Covid-19 vaccine to 40.6 per cent of its residents, according to data as of May 30 from the Centers for Disease Control and Prevention. That ranks it 42nd among US states and compares to the national average of 50.5 per cent.

The state ranks 39th in the US with 34 per cent of its total population fully vaccinated, compared to the national average of 40.7 per cent.

As signs that the second wave of COVID-19 is beginning to wane and travel restrictions loosen, foreign investors are looking to return to the U.S., … END_OF_DOCUMENT_TOKEN_TO_BE_REPLACED

Wall Street stocks continued to rise while government bonds softened as investors addressed the effects of US employment reports, which were much … END_OF_DOCUMENT_TOKEN_TO_BE_REPLACED