Subscribe on LinkedIn to be notified of each new Daily Update—a curated selection of essential intelligence on financial markets and the global economy from S&P Global.

While S&P Global Ratings believes orderly global reflation will support the economic recovery from the COVID-19 crisis, many market participants are turning to the commodities market to confront fears over whether commodities are in a supercycle and if inflation will actually be transitory, given that commodities prices are sometimes seen as a leading indicator of inflation.

Inflationary pressures are accelerating. In May, U.S. inflation as measured by the Consumer Price Index jumped 5% (annualized), the most in nearly 13 years—with core inflation reaching a 29-year high of 3.8%, according to the Bureau of Labor Statistics. Producer prices rose 6.6% year-over-year in May, marking the greatest growth on record since the BLS began tracking such data in 2010.

“While increased prices isn’t welcome news for the private sector, we continue to believe that the recent pickup in inflation will be transitory, not yet the start of ‘runaway’ inflation. We see it tied to the ‘base effect’ from pandemic-depressed prices last year and near-term boost in prices from supply and labor bottlenecks as business activity catches up to the reopening demand surge stemming from reopening,” Beth Ann Bovino, S&P Global Ratings’ chief U.S. economist, told the Daily Update. “As pandemic-driven distortions filter out of the system, signs of an orderly reflation, fueled by a solid recovery, are an expected and healthy development for the U.S. economy.”

The rise in implied inflation has been constructive to the continuing rise in commodity prices, according to S&P Global  Platts.

Recent weeks have seen the prices of copper and iron ore rise to historic highs, with the prices of corn and wheat rising the most in nearly a decade. The global oil benchmark price surpassed $70 per barrel for the first time in two years at the beginning of this month, and industry leaders have warned of additional upward pressure. A top forecaster has predicted that the price will reach $100 per barrel this year. The boom has pushed the benchmark S&P 500 index’s energy sector up 44.5% year-to-date (through June 11), compared to the 13.1% growth in the overall S&P 500, according to S&P Global Market Intelligence. Steel prices may soon rise due to China’s high inventories, the EU’s proposed extension on import quotas, and a post-pandemic surge in demand for raw materials. At the same time, other commodity prices have begun cooling off.

“As the global economy recovers from the current pandemic and as record levels of monetary and fiscal stimulus are pumped into the global economy, inflation has returned to the vocabulary of many investors. As the last period of prolonged inflation occurred decades ago, most market participants have not experienced it. Investors tend to have short memories. It may be difficult for them to assign a probability to a sustained period of inflation especially when commodity prices experience periods of price strength followed intermittent bouts of weakness,” Fiona Boal, global head of commodities and real assets at S&P Dow Jones Indices, told the Daily Update. “It is the longer-term trajectory of underlying real asset prices, the building blocks of the global economy, that matter when it comes to inflation.

Commodities have traditionally proved to be a relatively reliable hedge against inflation, Ms. Boal told S&P Global’s Essential Podcast, explaining that “even a small increase in inflationary pressure could lead to notable asset repricing, and commodities would be very likely to benefit in that period.”

Analysts view the U.S. Federal Reserve’s goal of reaching 2% inflation as almost, if not fully, achieved, according to S&P Global Market Intelligence.

“The Fed can now rest easy about its inflation goal—indeed, if anything, many people are concerned that inflation may exceed its target,” Marshall Gittler, head of investment research at the forex and contracts for differences investment firm BDSwiss, told S&P Global Market Intelligence.

Dr. Bovino said she doesn’t anticipate that recent news will change the central bank’s approach to the economic recovery. “We expected to see a spike in inflation as the U.S. economy climbs the acceleration ramp onto the superhighway,” she added. “Markets also seem a little less concerned, with both market and survey medium- and long-term inflation expectation measures having eased in June, despite the jump in May CPI and PPI readings.”

Almost three-in-four (73%) of professional investors polled in Bank of America’s June Global Fund Manager survey believe inflation is transitory, while 23% perceive it is to be permanent. Additionally, the investors ranked commodities as the most-crowded trade in the marketplace for the month.

“The recovery of the global economy from the COVID-19 pandemic remains uneven and recent inflation outcomes are no exception. The U.S. is there only major developed economy facing upside inflation surprises; elsewhere inflation remains close to policy targets,” Paul Gruenwald, global chief economist at S&P Global Ratings, told the Daily Update. “In contrast, a number of key emerging economies are facing inflation pressures including Brazil, Russia, and Turkey. In general, we expect emerging markets to struggle more than developed marketing in containing price pressures.”

Today is Wednesday, June 16, 2021, and here is today’s essential intelligence.

Credit FAQ: How Will Japanese Rail Handle the Pandemic Aftermath?

The aftermath of the pandemic will be testing for Japanese railway companies. However, S&P Global Ratings believes they are equipped to weather the challenges ahead.

Chinese developers are increasingly partnering on property projects, to spread financial risks and reduce balance-sheet strain. However, this growing practice makes it harder for analysts and investors to determine financial risks and exposures in the property sector. S&P Global Ratings follows the paper trail of reporting on jointly controlled entities to identify areas in the accounts where obligations and exposures may be obscured.

SPDJI has previously discussed the impact of Equal Weight’s rebound on its exposure to the momentum factor. SPDJI now turns their attention to its exposure to the value factor, as the recovery in smaller caps and value stocks has been an important tailwind for the strategy. 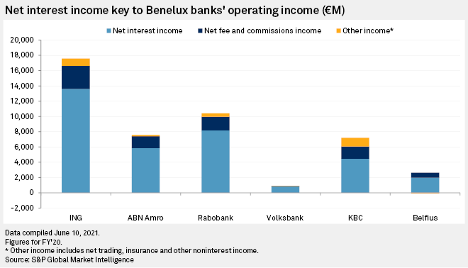 “Two and a half years from now, this bank will be in a completely different position,” said CEO César González-Bueno during Banco de Sabadell SA’s 2023 Investor Day. “It will be transformed. It will be a bank that will have regained the respect of the market.” To get there the Spanish lender is restructuring and refocusing much of its business in Spain and the U.K. The overhaul, which was announced May 28, aims to deliver a return on tangible equity of more than 6% to investors by 2023. While analysts describe the strategy as realistic, some see the uncertainty around the long-term impacts of the COVID-19 pandemic on businesses in Spain as a major threat to the plan’s success.

Hong Kong’s Banks May be Out of the Pandemic Woods, KPMG Says

The Indian central bank’s proposal to establish a common regulatory framework for the smallest loans in the country will help harmonize the sector and level the playing field among different types of lenders, analysts said.

ESG in the Time of COVID-19 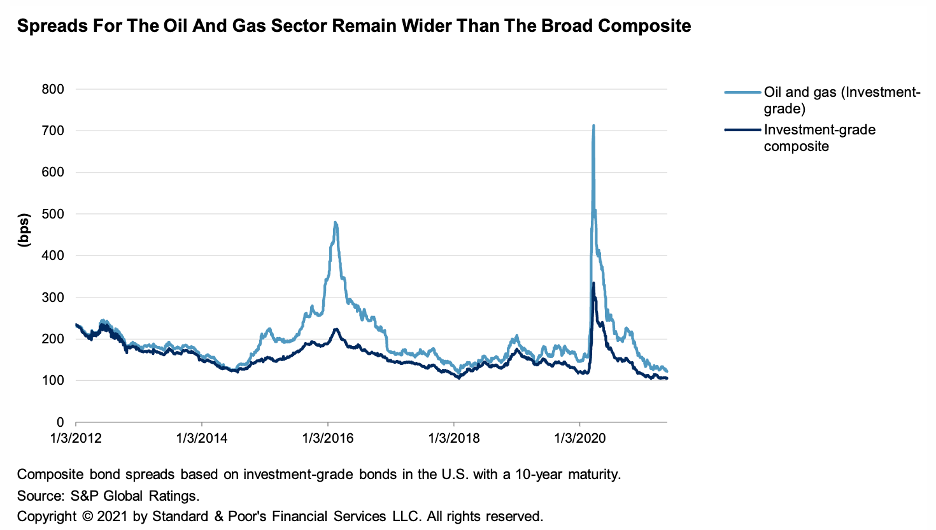 Based on recent issuance, S&P Global Ratings estimate that funding costs were about 75 basis points (bps) higher on average for the most carbon-intensive borrowers from the North American energy sector compared with those that showed the lowest carbon intensity, as environmental, social, and governance (ESG) mandates are increasingly factored into investment decisions.

If the world wants to achieve net-zero emissions by 2050, all new upstream developments are effectively surplus to requirements, and the only spending needed is to keep oil and gas flowing from existing fields, the IEA said in its Net Zero 2050 (NZE2050) report. Coming from the body created in response to the 1973 oil crisis, it’s difficult to overstate the report’s significance for decarbonizing energy supplies. In a stroke, the world’s most influential energy watchdog has undercut the rationale for finding any more oil and gas globally. Not in five or 10 years’ time, but from today.

Seven of the ten largest metals and mining companies by market capitalization committed to reaching net-zero emissions or carbon neutrality by 2050 or earlier, a new S&P Global Market Intelligence analysis found. Many of the largest mining companies divested coal assets if they still have them. At the same time, they are highlighting the role mined materials will play in industries crucial to reducing greenhouse gas emissions, including the renewable energy, battery storage, and automotive sectors.

Gas Could Have Role In Low-Carbon World, but Emissions Policies Critical – Study

Natural gas could continue to play a key role in a decarbonized global economy, but there might be significant regional differences and conflicts with local decarbonization goals that could influence the future of U.S. LNG, according to a study from the research nonprofit organization Energy Futures Initiative.

European green hydrogen supply could be enough to meet the continent’s demand for the renewable gas by 2040, a new study from the European Hydrogen Backbone initiative said June 15. The EHB report, “Analyzing future demand, supply, and transport of hydrogen,” found that the potential domestic European renewable and low-carbon hydrogen supply was “vast and exceeds what would be needed to meet projected European hydrogen demand in all sectors” and for a lower cost than conventional fossil fuel derived hydrogen plus the CO2 price.

Listen: Rise Light & Power CEO Lays Out the Challenges of Turning New York City Into A Hub for Clean Energy

New York has one of the most aggressive decarbonization plans in the country through its Climate Leadership and Community Protection Act, which sets goals for building several gigawatts of renewable energy capacity, including offshore wind, battery storage and the transmission lines to connect those resources with urban demand centers. In this edition of the Platts Commodities Focus podcast, Jared Anderson, senior writer with S&P Global Platts, speaks with Clint Plummer, CEO of Rise Light & Power, whose company is retooling one of the oldest fossil fuel-fired power plants in New York City into a renewable energy and storage hub.

—Listen and subscribe to Commodities Focus, a podcast from S&P Global Platts

The Future of Energy & Commodities 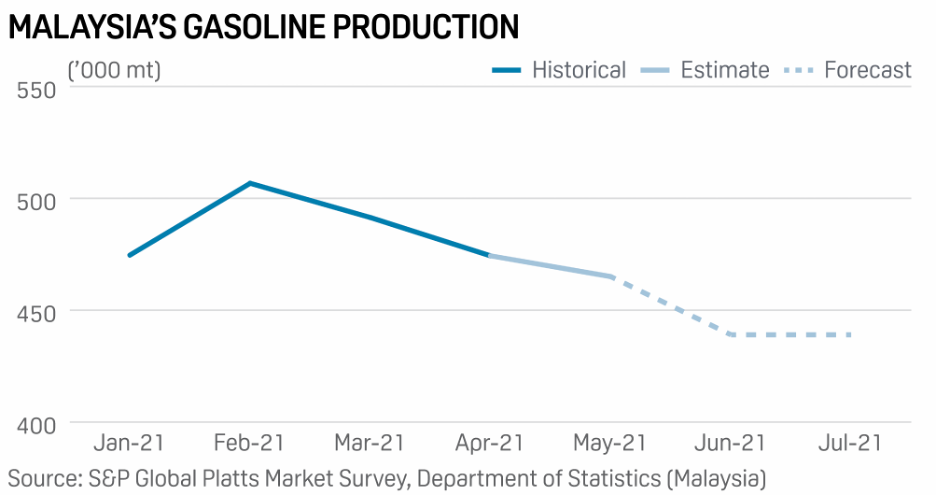 Southeast Asian refiners are under pressure to lower their oil products output and also limit middle distillate imports due to the tepid fuel demand recovery outlook, with the region’s vaccination progress and economic activity expected to significantly lag behind other regions.

Written and compiled by Molly Mintz.

As signs that the second wave of COVID-19 is beginning to wane and travel restrictions loosen, foreign investors are looking to return to the U.S., … END_OF_DOCUMENT_TOKEN_TO_BE_REPLACED

Wall Street stocks continued to rise while government bonds softened as investors addressed the effects of US employment reports, which were much … END_OF_DOCUMENT_TOKEN_TO_BE_REPLACED