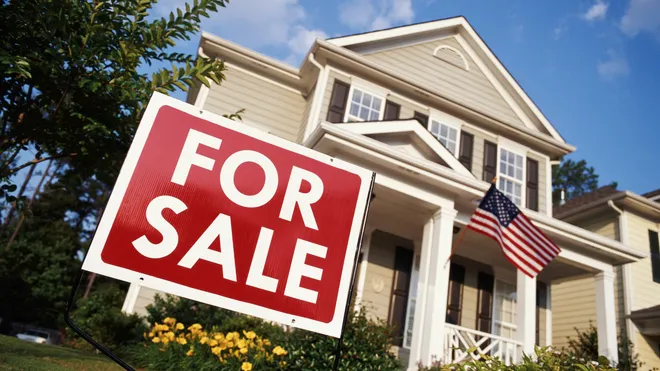 The sales numbers are based on transactions closed in the month, so they could be contracts signed in April or May, the National Association of Realtors reported.

Sales are still up massively on an annual basis. Compared to June 2020, the number of existing homes sold was up 22.9%. However, the NAR said that annual comparison is skewed somewhat due to COVID-19-related lockdowns that were still in place at that time in some parts of the U.S., preventing some sales.

One reason for this month’s uptick in sales is that home inventory, which has been at record low levels for since last year, improved somewhat. At the end of June there were 1.25 million existing homes for sale, representing a 2.6 month supply at the current pace of sales, the NAR said. That’s up from May’s 2.5 month supply.

NAR Chief Economist Lawrence Yun said that we could be finally turning the corner in terms of low inventory levels. “There is some softening in demand,” he said.

Inventory does however remain very low, as experts commonly agree that a six-month supply of homes for sale is what constitutes a balanced market. As such, the low inventory continues to drive up home prices. In June, the median price of existing homes hit a record high of $363,300, up 23.4% from one year ago. Even so, the NAR said the situation differs according to the type of home. Sales of entry-level homes, or those priced at between $100,000 to $250,000, fell 16% on an annual basis. Meanwhile sales of high priced homes in the $750,000 to $1 million price bracket jumped by 119%.

“At a broad level, home prices are in no danger of a decline due to tight inventory conditions, but I do expect prices to appreciate at a slower pace by the end of the year,” Yun said. “Ideally, the costs for a home would rise roughly in line with income growth, which is likely to happen in 2022 as more listings and new construction become available.”

Yun said the high prices and lack of inventory is being most keenly felt by first-time buyers, as opposed to wealthier individuals and investors who can purchase homes with cash. The NAR said all-cash sales accounted for 23% of the total in June, up from 16% a year ago. Notably, there is more competition from investors too, with those accounting for 14% of all sales in that month, up from just 9% a year ago.

“First-time buyers who need mortgage financing are being uniquely challenged with record-high home prices and low inventory,” Yun said. “Although rates are favorably low these hurdles have been overwhelming for some potential buyers.”

The good news then is that some economists believe home prices could soon begin to cool. Realtor.com noted that new listings spiked by 9% last week compared to the same week in July 2020.

Realtor.com Chief Economist Danielle Hale said buyers are unlikely to see any benefit yet and that many will no doubt continue to feel frustrated by a lack of affordable homes on the market. But she stressed that things could change soon.

“The uptick in new listings offers a ray of hope for buyers trying to find a home and lock in still-low mortgage rates,” Hale said. “With the public widely in agreement that now is a good time to sell, we may see even more new sellers in the coming weeks and the end of inventory declines before we finish out the year.”

As signs that the second wave of COVID-19 is beginning to wane and travel restrictions loosen, foreign investors are looking to return to the U.S., … END_OF_DOCUMENT_TOKEN_TO_BE_REPLACED

Wall Street stocks continued to rise while government bonds softened as investors addressed the effects of US employment reports, which were much … END_OF_DOCUMENT_TOKEN_TO_BE_REPLACED