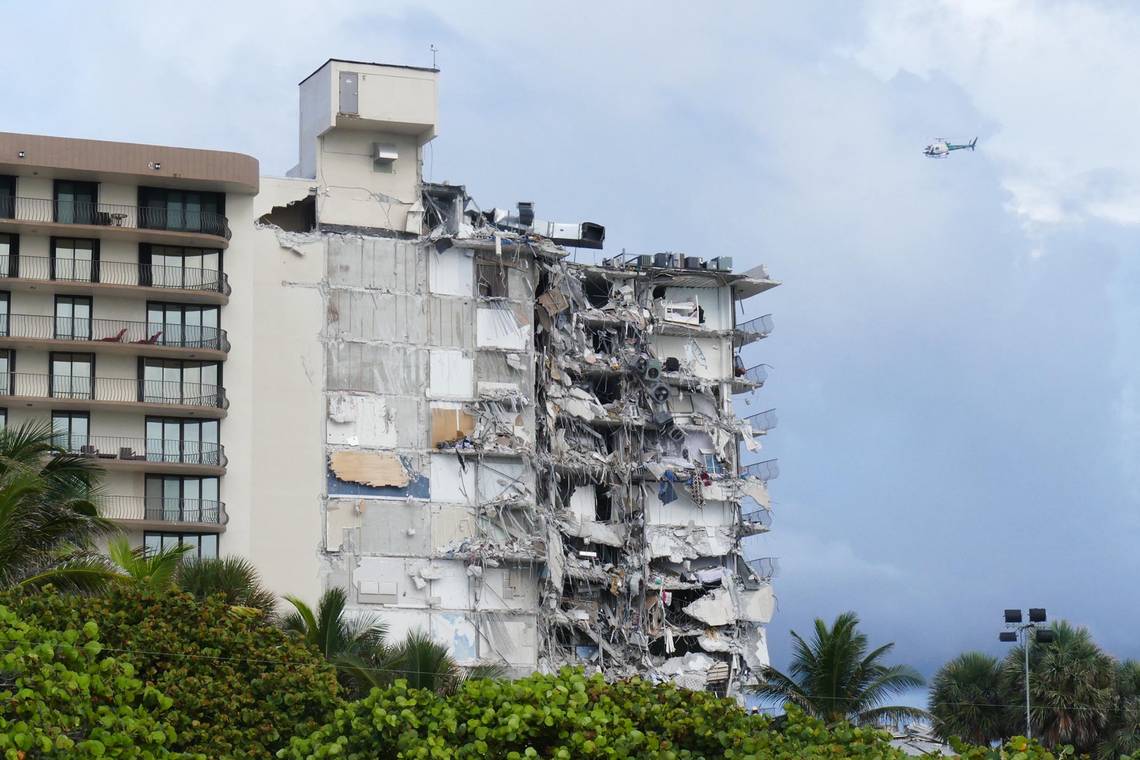 Florida homeowners might be feeling nervous following the mysterious and tragic collapse of a 12-story condo in Surfside last week.

Local and state officials are continuing to investigate the disaster, which saw at least 55 of the 136 units in the Champlain Towers South residential building suddenly collapse at around 1.30 am Thursday morning. One line of investigation is the apparent danger of building atop of the shifting sands found on a barrier island such as Miami Beach, especially as sea levels rise.

NBC News said that although shifting sands haven’t yet been confirmed as the reason for the building’s collapse, scientists say it remains a significant “engineering challenge” in the region.

The Surfside building was fairly old, having been built in the early 1980s, but it had no known structural problems. It did however recently undergo some minor construction and roof work, and was said to be engaged in the 40-year building safety recertification process, which is an inspection requirement mandated by Miami-Dade County officials. That process, which is designed to ensure the structural and electrical safety of buildings, was said to be well underway, the Miami Herald reported.

Surfside Mayor Charles Burkett insisted on NBC’s “Today” show that there was no apparent reason for the building to fall down as it did. He said that the only way it could have happened was if its underground supports were somehow eroded or washed out, or if a sinkhole appeared.

“It looks like a bomb went off, but we’re pretty sure a bomb didn’t go off,” Burkett said.

Many engineers have suggested that a sinkhole could well be to blame. Sinkholes are pits in the ground that form slowly in places where water gathers without external drainage. With nowhere to go, the water drains slowly below ground, where it can dissolve away bedrock that’s mainly made out of water-soluble evaporate rocks such as salt or gypsum, or carbonate rocks such as dolomite or limestone. Eventually, a huge subterranean cavern can form, causing a sudden collapse of the land above it.

Florida is notorious for having more sinkholes than any other U.S. state. However, investigators say they are also looking into any possible building flaws or maintenance mistakes that might have caused the disaster.

The collapse is a concern because it’s estimated there is about $3 trillion worth of property built on barrier islands and coastal floodplains. Some scientists have long warned about the risks of construction at those locations due to the mixture of sand and mud that makes up the ground, which can shift quite significantly over a period of several years.

Nearby residents in Surfside will be feeling especially nervous, as the town is home to many residential towers of similar age. Those will all have to undergo inspections to ensure their structural integrity.

Some structural engineers say the building’s collapse may not have been due to the ground literally moving out from underneath it. Greg Batista, a structural engineer who claimed to have worked on Champlain Towers many years prior, told CNN that concrete repair and spalling problems can also cause buildings to fall down. Spalling refers to when the surface of the concrete peels or breaks, significantly reducing its strength. Batista said a spalling problem affecting just one concrete support could be enough to bring an entire structure down.

Local officials said late Saturday that they haven’t given up hope of finding more victims alive, buried in the rubble, but warned that the task of rescuing them is difficult. Some of the debris was still on fire, complicating the search. Five people have been confirmed dead, and 159 are still reported missing.

As signs that the second wave of COVID-19 is beginning to wane and travel restrictions loosen, foreign investors are looking to return to the U.S., … END_OF_DOCUMENT_TOKEN_TO_BE_REPLACED

Wall Street stocks continued to rise while government bonds softened as investors addressed the effects of US employment reports, which were much … END_OF_DOCUMENT_TOKEN_TO_BE_REPLACED