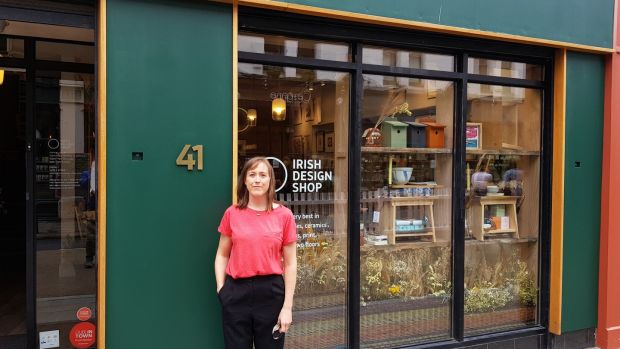 Several businesses in Dublin city centre are to close their doors early this weekend, citing concerns for staff safety after significant disturbances amid large crowds of revellers led to 14 arrests on Friday night.

The scenes in those areas on Saturday morning were calmer, but staff from Dublin City Council could still be seen washing the streets, while the smell of alcohol and urine remained palpable.

Richard Hanlon, owner of Brew 42 on South William Street, which was formerly Busyfeet and Coco Cafe, said his business was in “the epicentre of the storm” on Friday night.

“I told my customers I was taking the tables away because you could hear the crowd starting to ramp up at about 8.30pm or so and I thought, ‘this is going to kick off’,” he said.

“Then it got louder. You could really hear this surge of sound. Twenty minutes later, the police came and pushed that whole crowd down here. There was a stand-off with the police where a number of the crowd were along here and up in the trees, and there was this moment of stillness. Then the bottles started being thrown.

“That was a rolling gathering where these guys were going around with ghetto blasters and just built up momentum. They’re all carrying cans and bottles. It snowballs. It’s like the Pied Piper. That was bad police management. That should never have been allowed to happen.

“As soon as that started to ramp up with the police and the batons and all, we just cleared everything out and shut down.

“I didn’t want to leave here last night until midnight. I was the last person here. I wanted to go out but there were a few dodgy people about. I don’t want to be trying to close the shutters and get a bottle in the back in the head. It just takes one clown.”

The clean-up continued on South William Street on Saturday morning.

Further down the street, Daniel Smith, a barman at Grogan’s pub, said businesses in the area were being “terrorised” by the crowds.

“There are plenty of businesses on this street – and really nice, family owned businesses – hard working people who are being terrorised at their doors.

Mr Smith said his father has owned the business for 30 years and it was “upsetting” to see what was happening in the area.

“People are devastated,” he said. “This is a lovely area. You get a lovely clientele around here, not only in the pubs but in the shops as well, in normal circumstances.

“But the crowd around here aren’t the people who have been socialising in this area for years. They’ve come into this area for whatever reason at the minute because it seems like party central.

“My dad’s here 30 years. It’s not nice to see people you know around here for years that are so upset. Our customers won’t want to come into this area if there are people like this around. It’s intimidating.”

Around the corner on Drury Street, Sophie McDonald, cafe manager at Industry and Co, said the business had altered its opening hours this weekend to “adjust for it”.

“The cleaning every morning,” she said. “We’ve had to bring staff in earlier every morning to make sure they are scrubbed up and that the pathway is clean for customers. It is a worry that this is costing us business. People using the streets as a public urinal is never pleasant.”

Laura Caffrey, co-owner of the Irish Design Shop, said staff have to deal with filth and broken glass each morning.

A couple of doors down, Laura Caffrey, co-owner of the Irish Design Shop, said staff are greeted with “spilled drinks, defecation and broken glass” each morning as they open up.

“We have to sweep and bleach the street every morning,” she said.

“Your feet stick to the street as you walk along it.

“We’re all planning on closing early because once it hits the afternoon it just changes. The type of people that are around. It puts people off coming in. It’s not inviting so we’ll be closing at 4pm instead of 6pm. A number of businesses around here aren’t even open today.

“We’ve got the expense of having staff and trying to look after them and make sure they’re safe leaving and getting home in the evening. We can’t have them leaving in the middle of madness. There is just a different feel in the city.”

Across the road at the Cezanne hair salon, manager Sarah Milner said she too would be shutting her doors early this weekend.

“We would normally close about 5pm but we are closing at 3pm today,” she said. “I had to phone clients to get them to come in earlier, because last week I couldn’t move outside the door here. It was like Electric Picnic or something. There were people everywhere. And also the dirt.

“It’s been brewing for a couple of weeks. It’s not something that just happened this week.”

Ms Milner said the problem was not confined to weekends. “It’s all week,” she said. “There was carnage on Monday night over at Castle Market.”

She said people were defecating on the street. “Everything that can come out,” she continued. “Last Saturday morning, big piles of puke here,” she said, pointing at the door of her premises.

“It’s gross! Our clients are nervous coming in. We’ve a good established clientele, they come into the city, they get their hair done, get their nails done, do some shopping and have a nice lunch in town. That’s not happening now. They’re afraid to come in now. We’ve a huge clientele from the county; they’re not coming up.

“One of the businesses across the road there, their son was attacked coming out of the premises and their window was smashed. That was Thursday night. He had to get stitches under his chin. You just feel nervous leaving.

“Only for Tony Holohan’s tweet last week, I don’t think anybody would have listened to us.”

As signs that the second wave of COVID-19 is beginning to wane and travel restrictions loosen, foreign investors are looking to return to the U.S., … END_OF_DOCUMENT_TOKEN_TO_BE_REPLACED

Wall Street stocks continued to rise while government bonds softened as investors addressed the effects of US employment reports, which were much … END_OF_DOCUMENT_TOKEN_TO_BE_REPLACED