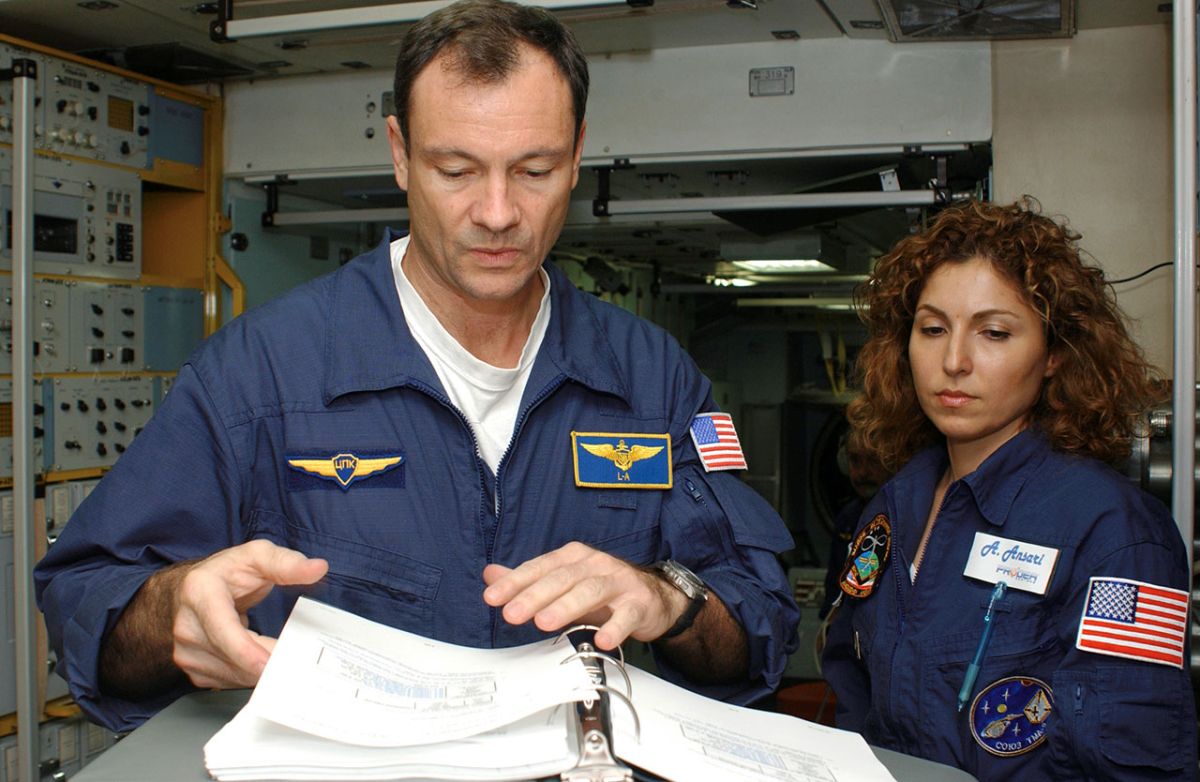 Almost a decade after retiring from NASA, Michael López-Alegría is once again strapping in to launch to the final frontier.

López-Alegría, who was born in Spain and grew up in California , was a U.S. Navy engineer, then a pilot and then a NASA astronaut, racking up three space shuttle missions, one long-term stint on board the International Space Station and a total of 10 spacewalks to-date. After retiring from NASA in 2012, he went on to explore the commercial spaceflight sector, more recently becoming the vice president of business development for the Houston-based spaceflight company Axiom Space.

Now, the 62-year-old López-Alegría is taking his passion for commercial spaceflight to the next level by returning to space aboard Axiom’s Ax-1 mission, an entirely-private orbital space mission set to launch from NASA’s Kennedy Space Center in Florida as soon as January 2022.

“My decision to return [to space] was not hard at all,” López-Alegría said. “They asked a question and I answered promptly with, ‘Hell yes.’ So it was an easy decision. It was very easy.”

When López-Alegría first started working with Axiom a few years ago, “this flying part was never part of that conversation,” he said. “To be honest, I wasn’t expecting anything like this. When I left NASA, I was pretty content with my career and ready to do something different.”

López-Alegría is also currently the chairman of ASTM International’s Committee on Commercial Spaceflight and president of the Association of Space Explorers USA, an organization of former astronauts.

“I’ve been kind of advocating for democratizing space, and while this isn’t quite yet democratic, it’s a step in that direction. And I couldn’t be more proud and satisfied to be part of it,” he said.

López-Alegría’s journey with commercial spaceflight began in the leadup to his last spaceflight, a mission to the space station that launched aboard a Russian Soyuz spacecraft in September 2006..

“When I was preparing for my last mission, I flew with a spaceflight participant that turned out to be Anousheh Ansari, and I was very affected by the time that we spent training and then flying together,” López-Alegría said. “She was practicing something brand-new back then called blogging, from space, and a lot of people on the ground were paying attention to what was happening in orbit that otherwise would not have cared.”

“That planted the seed of this idea of, of the democratization of space,” López-Alegría added. “And when the Commercial Spaceflight Federation called about working for them. I had gone from being a skeptic, which I was before that experience with Anousheh, to being a full-blown advocate.”

Also, “my time at CSF helped convince me that the commercial space sector is an important part of human spaceflight, and to really champion its advancement,” he added.

López-Alegría shared that he hopes that, in 10 years, the future commercial spaceflight industry will become “a robust, vibrant economy in low Earth orbit that is self-sustaining, with only minimal participation from the government as a customer.”

“This is too often called space tourism,” he said. “And I would say it is not tourism at all; it’s real work that requires a lot of preparation. And I don’t think it’ll be relaxing. I think it’ll be an amazing experience, but one that is fulfilling because of not only the environment you’re in, but also what the private astronauts will accomplish.”

He added that commercial spaceflight missions like Ax-1, which will see López-Alegría launch alongside American real estate and technology entrepreneur Larry Connor, business professional and former Israeli pilot Eytan Stibbe and Canadian investor and philanthropist Mark Pathy to the International Space Station for a 10-day mission.

According to López-Alegría, missions like this will be like NASA missions to the space station, “and by no means what I’d equate to a leisurely tourism adventure,” he said. “It’s much more than that.”

As signs that the second wave of COVID-19 is beginning to wane and travel restrictions loosen, foreign investors are looking to return to the U.S., … END_OF_DOCUMENT_TOKEN_TO_BE_REPLACED

Wall Street stocks continued to rise while government bonds softened as investors addressed the effects of US employment reports, which were much … END_OF_DOCUMENT_TOKEN_TO_BE_REPLACED