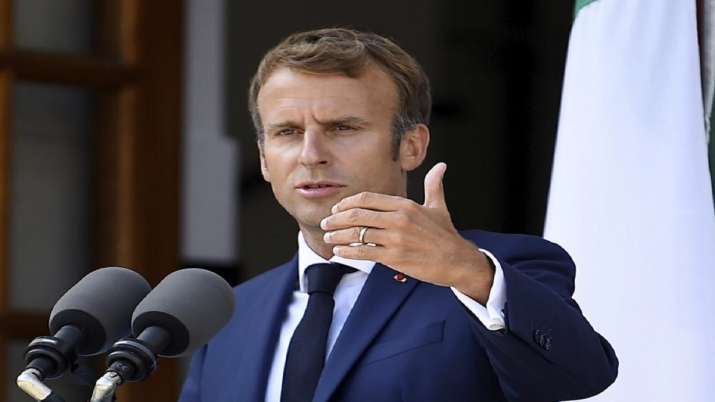 France in talks with Taliban on humanitarian operations in Afghanistan: President Emmanuel Macron.

French President Emmanuel Macron has said that discussions were underway with the Taliban through Qatar to “protect and repatriate” Afghans at risk since this month’s takeover by the group. Evacuations are planned jointly with Qatar and may involve “airlift operations”, Macron said on Saturday (local time) after a summit in Baghdad, adding that France had evacuated 2,834 people from Afghanistan since August 17, Samaa TV reported citing an international news agency.

Meanwhile, Paris and London will call on Monday for the creation of a “safe zone” in the Afghan capital of Kabul, which is expected to allow the continuation of humanitarian operations, French President Emmanuel Macron said in an interview with Journal du Dimanche.

UN Secretary-General Antonio Guterres will meet with the five permanent members of the UN Security Council (UNSC) on Monday to discuss the latest developments in Afghanistan.According to Sputnik, Macron said that France and the UK are developing a “draft resolution” which “aims to define, under UN control, a ‘safe zone’ in Kabul to allow humanitarian operations to continue.” reported Sputnik.

The French president explained that such a “safe zone” would provide a framework for the United Nations to act in an emergency. Macron also said that France is counting on the help of Qatar in what concerns airlift operations.

On Saturday, Macron confirmed that discussions had been launched with the Taliban on the humanitarian operations and the evacuation of vulnerable Afghans.

The French leader told reporters at the Baghdad Cooperation and Partnership Conference that the mission was being worked out in cooperation with Qatar, reported Sputnik furthermore.

(With inputs from ANI)

As signs that the second wave of COVID-19 is beginning to wane and travel restrictions loosen, foreign investors are looking to return to the U.S., … END_OF_DOCUMENT_TOKEN_TO_BE_REPLACED

Wall Street stocks continued to rise while government bonds softened as investors addressed the effects of US employment reports, which were much … END_OF_DOCUMENT_TOKEN_TO_BE_REPLACED