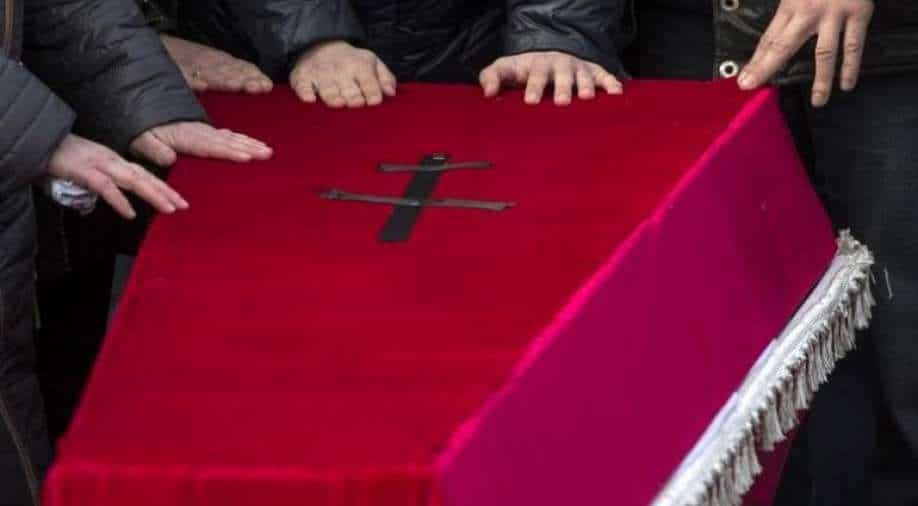 In a strange incident, a grieving family saw an unknown mourner at the funeral home in northern France and were then told that the 60-years-old is a friend of the deceased.

The family left her to pay her respects at the open coffin.

According to the reports by French media, when they came back, the deceased was stripped off her jewellery as her necklace, ring and earrings had all vanished.

Investigations began after the family informed the police.

The police got a suspect, a woman living not far from the funeral home, in the town of Liévin.

Soon, they were able to link her with the theft of a wallet from the body of a man at the same funeral home, earlier on the same day, Tuesday 24 August.

After searching the suspect’s home, police found a stack of recent death notices.

Included in the notices were the access codes for family members to enter the individual rooms where the coffins of their relatives were reposing.

As signs that the second wave of COVID-19 is beginning to wane and travel restrictions loosen, foreign investors are looking to return to the U.S., … END_OF_DOCUMENT_TOKEN_TO_BE_REPLACED

Wall Street stocks continued to rise while government bonds softened as investors addressed the effects of US employment reports, which were much … END_OF_DOCUMENT_TOKEN_TO_BE_REPLACED