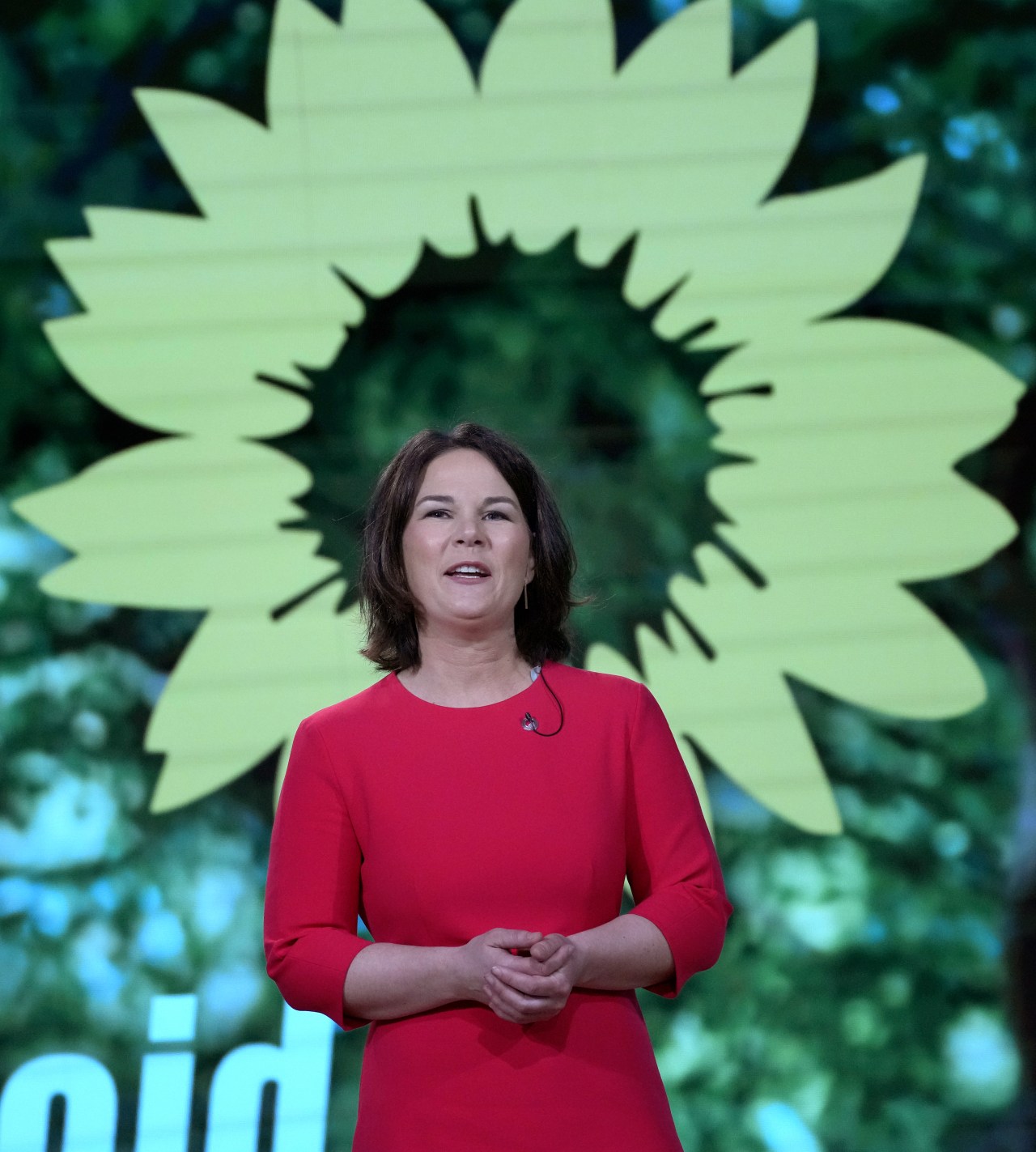 BERLIN (AP) — Germany’s environmentalist Greens formally endorsed Annalena Baerbock as their candidate for chancellor Saturday, amid a slip in the party’s poll ratings fueled in large part by its own mistakes.

Baerbock, 40, was officially nominated by a broad majority of the delegates at a party convention in Berlin. Due to the pandemic, the convention took place in a hybrid format, with several hundred party members attending in person while others participated online.

In a speech after her nomination, Baerbock said that Germany should not hesitate to tackle global warming even though it is a worldwide issue.

“Above all, there is the great task of our time: averting the climate crisis,” Baerbock said. “We as a society must also have the confidence to do this. I stand up for this confidence. We stand for this confidence in solving problems, protecting people and doing better in the future.”

Baerbock has been a lawmaker in the national parliament since 2013 but lacks government experience.

She is based in eastern Brandenburg state, a rural region where the Greens once struggled to make inroads but now are part of the local government. She studied political science and international law in Hamburg and London.

The party’s prospects of at least a share in power after Germany’s Sept. 26 national election remain promising. The Greens are still polling 20% or more — more than twice the 8.9% of the vote the party received in Germany’s last election, in 2017. With Merkel stepping down after 16 years in power, no candidate has the advantage of incumbency.

Ahead of the party meeting, prominent pragmatists within the Greens cautioned activists against forcing through more radical demands that might turn off voters. The party leadership got its way on climate issues, with delegates voting down calls to include in the party platform an even steeper and faster increase in carbon pricing.

Delegates also backed a pledge to introduce a 130 kph (81 mph) speed limit on Germany’s autobahn highways, many stretches of which lack any limits. Some members had wanted tougher driving restrictions, including on non-autobahn roads.

The Greens have taken heat from opponents lately over a string of missteps. Those include a poorly presented plan to raise gasoline prices and talk of ending short-haul flights — which they don’t actually aim to ban — and a section of Baerbock’s resume that had to be corrected.

As signs that the second wave of COVID-19 is beginning to wane and travel restrictions loosen, foreign investors are looking to return to the U.S., … END_OF_DOCUMENT_TOKEN_TO_BE_REPLACED

Wall Street stocks continued to rise while government bonds softened as investors addressed the effects of US employment reports, which were much … END_OF_DOCUMENT_TOKEN_TO_BE_REPLACED