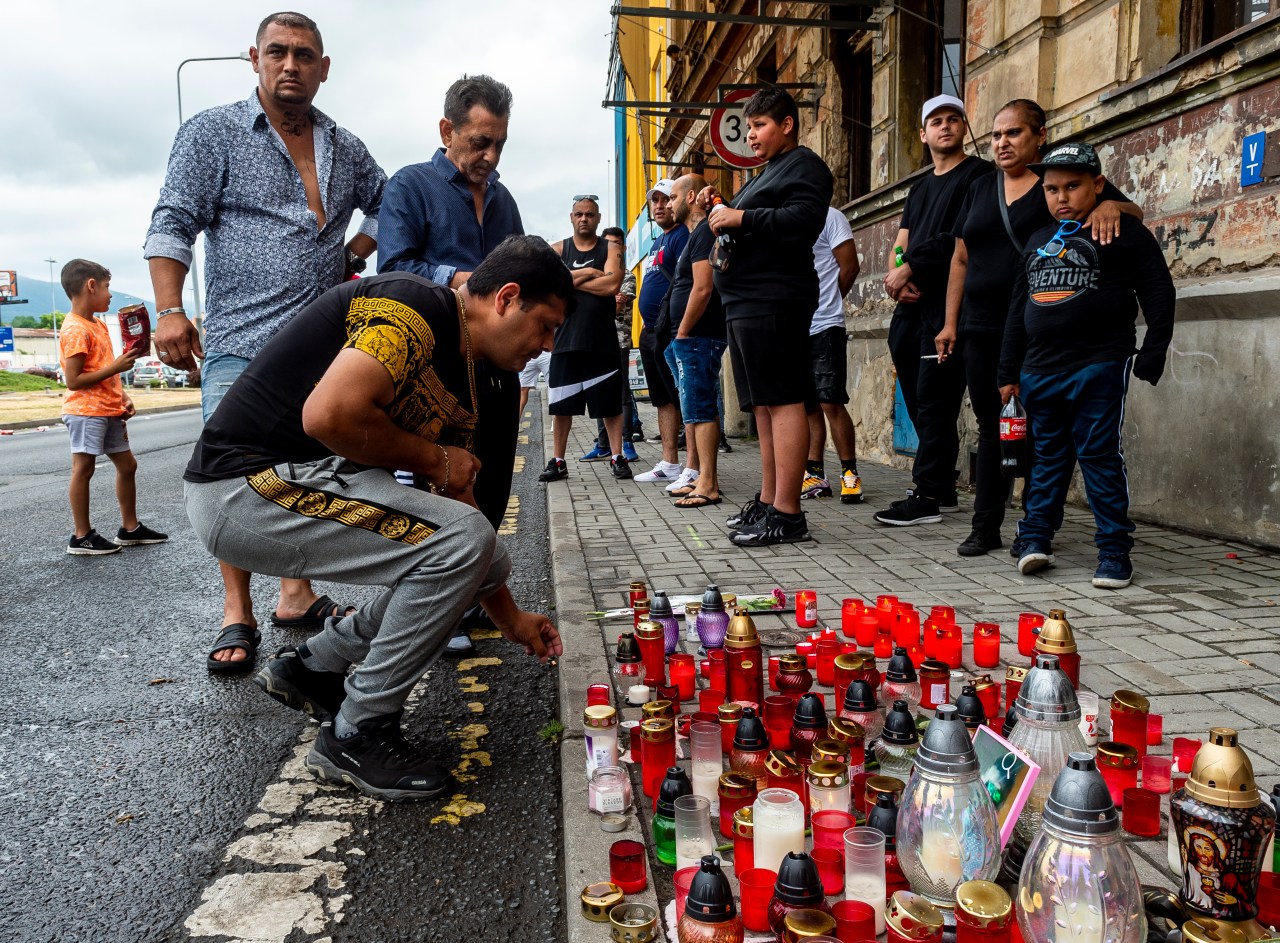 A man  lighting up candle Tuesday, June 22, 2021  in Teplice, Czech Republic, in the place where a Roma man died in an ambulance after a police action on Saturday, June 19. An autopsy has ruled out the connection between the police action and the death of the man, who was apparently under the influence of narcotics. (Ondrej Hajek/CTK via AP) SLOVAKIA OUT

PRAGUE (AP) — Hundreds of people gathered in a northern Czech town on Saturday to honor a Roma man who died after a police officer responding to a call about an altercation knelt on his neck.

Police said the preliminary investigation showed no link between the police intervention and the man’s death. But the angry participants, displaying banners that read “Roma Lives Matter,” condemned the police.

Video footage shows one police officer kneeling on the man’s neck for several minutes in the northern city of Teplice on June 19. The man, who hasn’t been officially named, later died in an ambulance.

Roma activists and participants of Saturday’s gathering rejected the police explanation. The protesters later marched to a local police station.

Roma have long suffered racism and discrimination in eastern Europe and continue to face huge hurdles in employment and education.

Some compare the Roma man’s death to the killing of George Floyd, a Black American man who died when a white Minneapolis police officer knelt on his neck.

Europe’s main human rights body, the Council of Europe, Amnesty International and the government’s envoy for human rights all called for a thorough and independent investigation while the country’s deputy ombudsman said she will launch a separate probe into it.

As signs that the second wave of COVID-19 is beginning to wane and travel restrictions loosen, foreign investors are looking to return to the U.S., … END_OF_DOCUMENT_TOKEN_TO_BE_REPLACED

Wall Street stocks continued to rise while government bonds softened as investors addressed the effects of US employment reports, which were much … END_OF_DOCUMENT_TOKEN_TO_BE_REPLACED