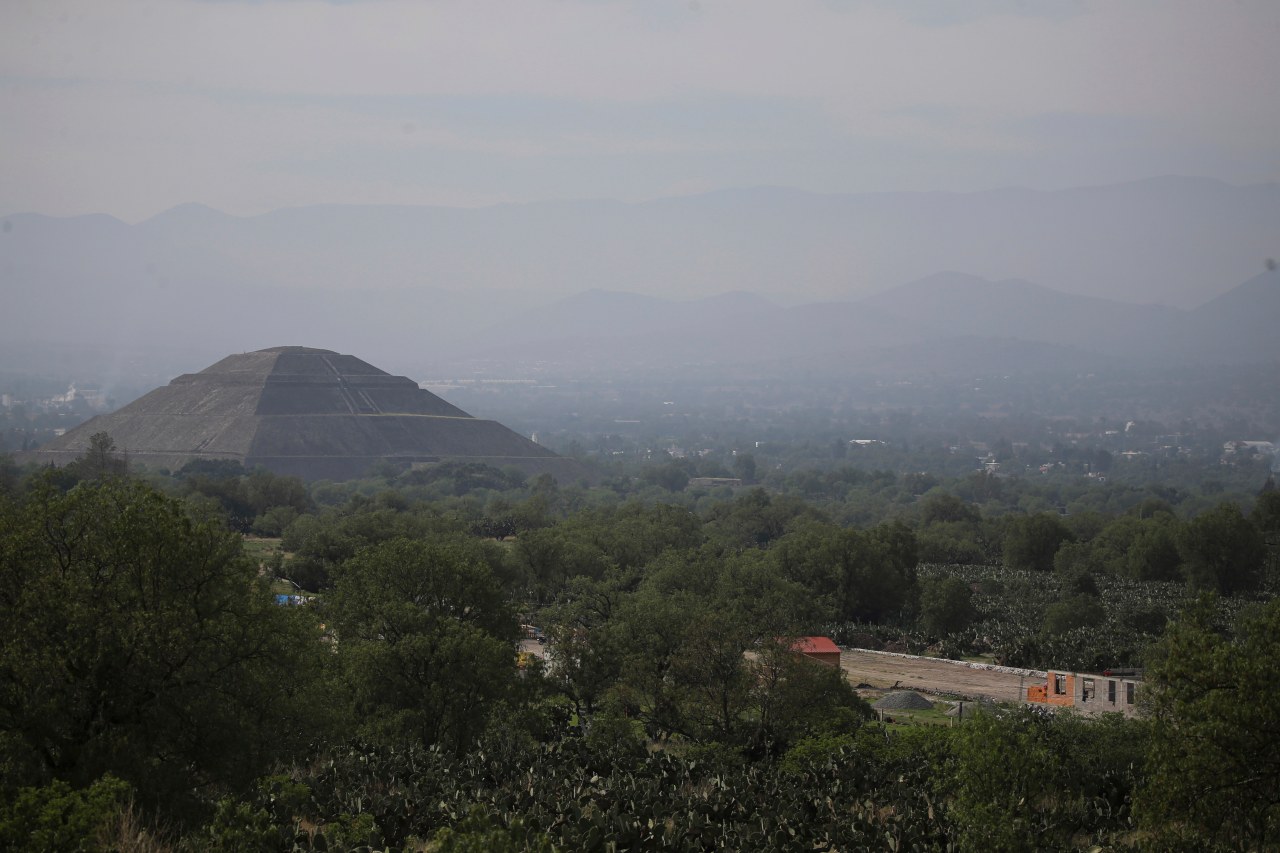 Construction of a private building project is seen on the outskirts of Teotihuacan, just north of Mexico City, Wednesday, May 26, 2021. The Mexican government said Tuesday that the project is destroying part of the outskirts of the pre-Hispanic ruin site and has repeatedly issued stop-work orders since March but the building crews have ignored them. (AP Photo/Fernando Llano)

MEXICO CITY (AP) — Mexico sent in 250 National Guard troops and 60 police officers Monday to seize land next to the pre-Hispanic ruins of Teotihuacán where authorities have said bulldozers were destroying outlying parts of the archeological site.

Mexican archaeological officials reported last week that they had been trying since March to halt the private construction project, but work continued on what local media says were plans to build some sort of amusement park.

The National Institute of History and Anthropology said the National Guard helped authorities put up seizure notices on the property just north of Mexico City. The seizure allows prosecutors to take control of the plot while those responsible for the work are investigated for criminal charges of “irreparably damaging” the national heritage.

The delay in stopping the project underlined how Mexico’s unwieldy, antiquated legal system makes it hard to enforce building codes and zoning laws or stop illegal construction, even on protected historical sites.

The Culture Department said last week it had repeatedly issued stop-work orders since March but the building crews had ignored them. The department estimated at least 25 ancient structures on the site were threatened, and said it has filed a criminal complaint against those responsible.

Apparently, owners of farm plots are trying to turn the land into a recreation area. The area is just outside and across a road from the site’s famous boulevard and pyramid complex.

The U.N. international council on monuments and sites said bulldozers threatened to raze as many as 15 acres (7 hectares) at the site, which is a protected area. The council also said looting of artifacts had been detected.

“Teotihuacán is an emblematic site declared as World Heritage by the UNESCO, that represents the highest expression of the identity of the people of Mexico,” the U.N. council said in a statement last week.

The destruction so close to the capital raised questions about Mexico’s ability to protect its ancient heritage sites. Teotihuacan is the country’s most visited archaeological site, with over 2.6 million visitors per year, and Mexico has hundreds of smaller, more remote and often unexplored sites.

Teotihuacan is best known for its twin Temples of the Sun and Moon, but it was actually a large city that housed over 100,000 inhabitants and covered around 8 square miles (20 sq. kilometers).

The still mysterious city was one of the largest in the world at its apex between 100 B.C. and A.D. 750. But it was abandoned before the rise of the Aztecs in the 14th century.

Even its true name remains unclear. Its current name was given to it by the Aztecs. But the Aztecs may have actually called the city “Teohuacan” — literally “the city of the sun” — rather than Teotihuacan, which means “city of the gods” or “place where men become gods.”

The Pyramids of the Sun or Moon drew tens of thousands of visitors for the spring and fall equinoxes each year, before the coronavirus pandemic hit.

As signs that the second wave of COVID-19 is beginning to wane and travel restrictions loosen, foreign investors are looking to return to the U.S., … END_OF_DOCUMENT_TOKEN_TO_BE_REPLACED

Wall Street stocks continued to rise while government bonds softened as investors addressed the effects of US employment reports, which were much … END_OF_DOCUMENT_TOKEN_TO_BE_REPLACED