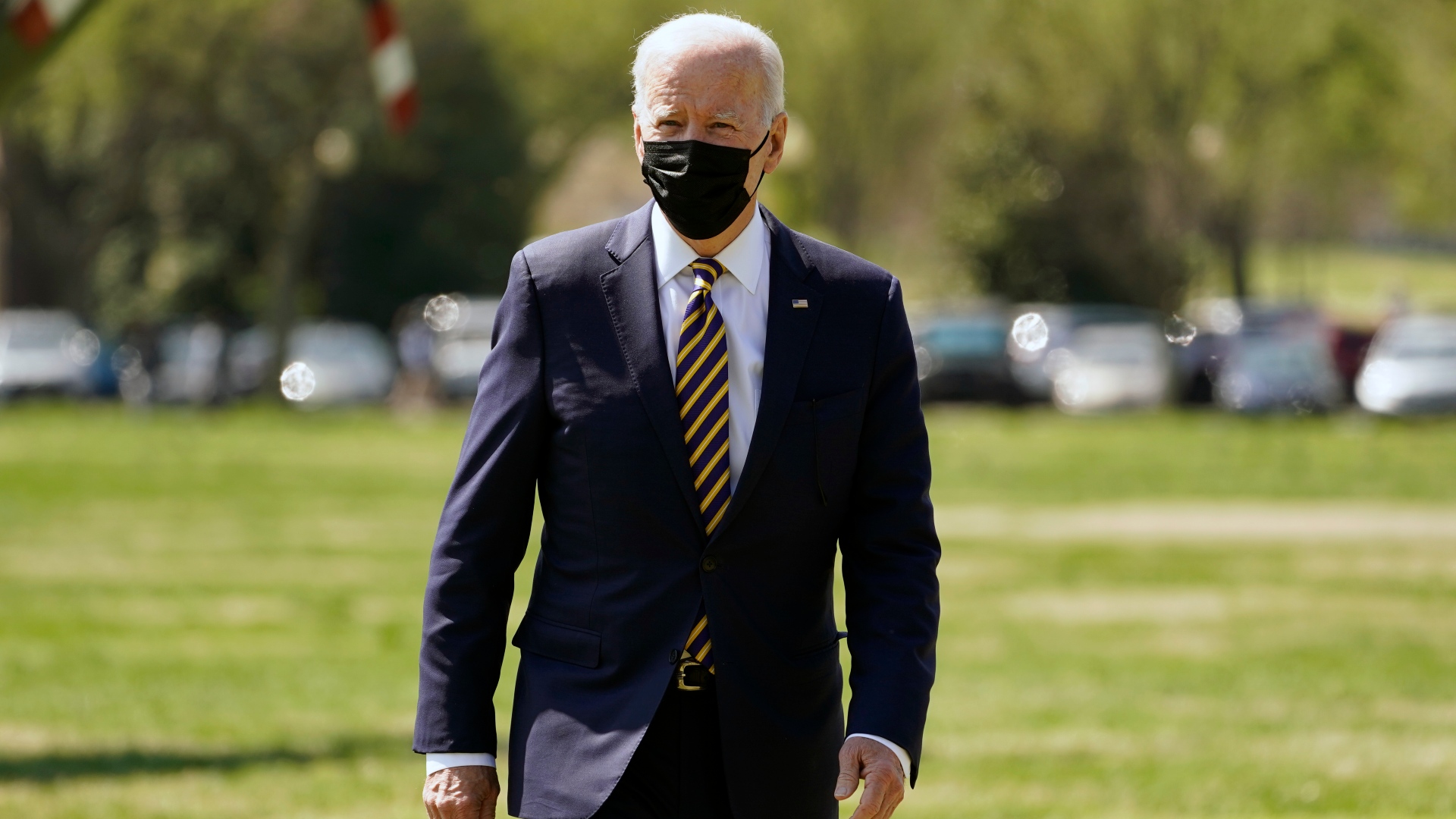 President Joe Biden walks over to speak to members of the media after arriving on the Ellipse on the National Mall after spending the weekend at Camp David, Monday, April 5, 2021, in Washington. (AP Photo / Evan Vucci)

WASHINGTON (AP) — President Joe Biden was set to announce Tuesday that he is shaving about two weeks off his May 1 deadline for states to make all adults eligible for coronavirus vaccines.

With states gradually expanding eligibility beyond such priority groups as older people and essential, front-line workers, the president plans to announce that every adult in the U.S. will be eligible by April 19 to be vaccinated, a White House official said.

The official spoke on condition of anonymity to discuss Biden’s plans before the formal announcement. Biden was scheduled to visit a COVID-19 vaccination site in Virginia on Tuesday, followed by remarks at the White House updating the nation on the administration’s progress against the coronavirus.

April 19 is about two weeks earlier than Biden’s original May 1 deadline.

Biden is also expected to announce that 150 million doses have been put into people’s arms since his inauguration on Jan. 20. That puts the president well on track to meet his new goal of 200 million shots administered by April 30 — his 100th day in office.

Biden’s original goal had been 100 million shots in arms by the end of his first 100 days.

The announcement about vaccine eligibility is somewhat symbolic and comes as states already were moving up their deadlines from the original May 1 goal. It also comes as a flood of vaccine supply is being sent to states this week.

At least a dozen states opened eligibility to anyone over the age of 16 on Monday alone, while New Jersey’s governor announced Monday that people age 16 and older will become eligible on April 19. A handful of states, including Hawaii and Oregon, still have May 1 as the deadline.

The president had announced just last week that 90% of adults would be eligible for one of three approved COVID-19 vaccines by April 19, in addition to having a vaccination site within 5 miles of their home.

But eligibility isn’t the same as actually being vaccinated. People still have to make appointments to be vaccinated.

CNN was first to report on Biden’s planned announcement.

As signs that the second wave of COVID-19 is beginning to wane and travel restrictions loosen, foreign investors are looking to return to the U.S., … END_OF_DOCUMENT_TOKEN_TO_BE_REPLACED

Wall Street stocks continued to rise while government bonds softened as investors addressed the effects of US employment reports, which were much … END_OF_DOCUMENT_TOKEN_TO_BE_REPLACED