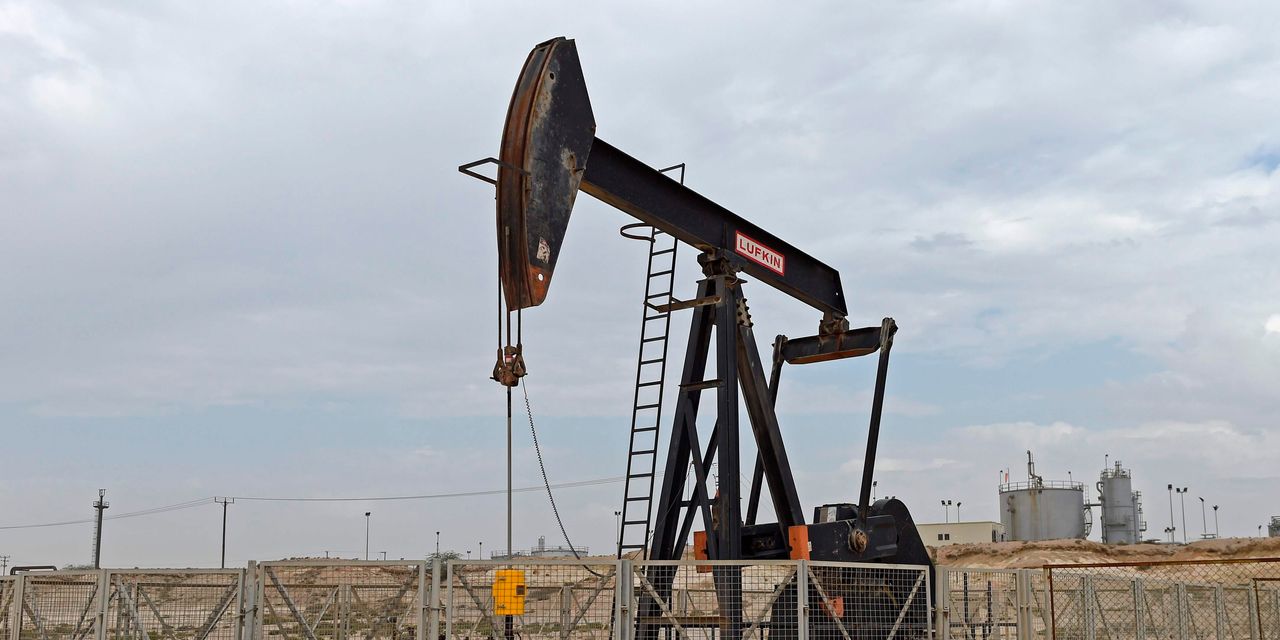 Traders shifted attention away from last week’s decision by major producers to boost oil output to focus on talks that began Tuesday in an effort to revive the Iranian nuclear deal, which would add more oil to global markets, but prospects for an agreement appear dim.

Crude fell more than 4% Monday, with pressure tied to last week’s decision by the Organization of the Petroleum Exporting Countries and its allies, known as OPEC+, to relax output curbs. The plan would put more than 2 million barrels a day of production back on the market by July.

“The expectation that demand will revive quickly through the second quarter undergirds the OPEC+ production increase, that is to take place over the coming months,” Marshall Steeves, energy markets analyst at IHS Markit, told MarketWatch. “OPEC+ ministers appear to be anticipating a gradual recovery starting in May.”

Louise Dickson, oil markets analyst at Rystad Energy, meanwhile, pointed out that the market is now “signaling that it is ok” with the output decision and is “ready to benefit from the lack of uncertainty that a month-to-month update would have brought.”

“With a clearer view over global supply levels for the next few months, traders can now focus on more carefully pricing in demand side developments,” she said in a daily note.

On the demand side, there are some mixed signals Tuesday, she said, with lockdowns still weighing on oil market demand, but “positive economic data in China and the U.S. offer some service industry activity confidence.”

The Caixin China Services purchasing managers index climbed to 54.3 in March, rebounding from a 10-month low of 51.5, Caixin Media Co. and research firm Markit said Tuesday. A figure above 50 indicates an expansion in activity.

Data from the Institute for Supply Management Monday showed a survey of U.S. business leaders at service-oriented firms jumped to 63.7% last month from 55.3% in February.

Also, “the imminent lifting of Covid-19 restrictions in the UK offers hope to traders that oil demand for transport will increase a bit this month,” said Dickson.

Still, “Rystad Energy believes that a sustainable and sizeable demand comeback will only be felt from the second half of 2021, when vaccination campaigns reach a critical mass of inoculated people and countries are relieved from some of their ongoing restrictions,” she said.

Meanwhile, analysts said talks in Vienna aimed at reviving the Iran nuclear pact, scheduled to begin Tuesday, have been a headwind for crude. The talks are aimed at restoring the nuclear deal, which would lead to a lifting of U.S. sanctions that have curtailed Iranian crude exports.

“The U.S. and Iran won’t meet directly, but rather the Europeans will serve as go-betweens,” said Marshall Gittler, head of investment research at BDSwiss, in a note. “As the possibility of a breakthrough in the talks fade, the likelihood of a pick-up in exports from Iran fades too, removing one risk from the oil market.”

Weekly data on U.S. petroleum supplies will be released late Tuesday by the American Petroleum Institute, followed by the Energy Information Administration Wednesday.

In a report released Tuesday, the EIA forecast a more than 30% year-over-year rise in summer retail gasoline prices.

The higher price in 2021 “results from our forecasts of higher crude oil prices this summer and greater gasoline demand as the effects of the COVID-19 pandemic continue to subside and travel increases,” said Steve Nalley, the EIA’s acting administrator, in a statement.

The agency forecast an average retail price of $2.78 a gallon for regular unleaded gasoline in the April to September summer driving season this year, up from an average $2.07 for the summer season in 2020.

As signs that the second wave of COVID-19 is beginning to wane and travel restrictions loosen, foreign investors are looking to return to the U.S., … END_OF_DOCUMENT_TOKEN_TO_BE_REPLACED

Wall Street stocks continued to rise while government bonds softened as investors addressed the effects of US employment reports, which were much … END_OF_DOCUMENT_TOKEN_TO_BE_REPLACED