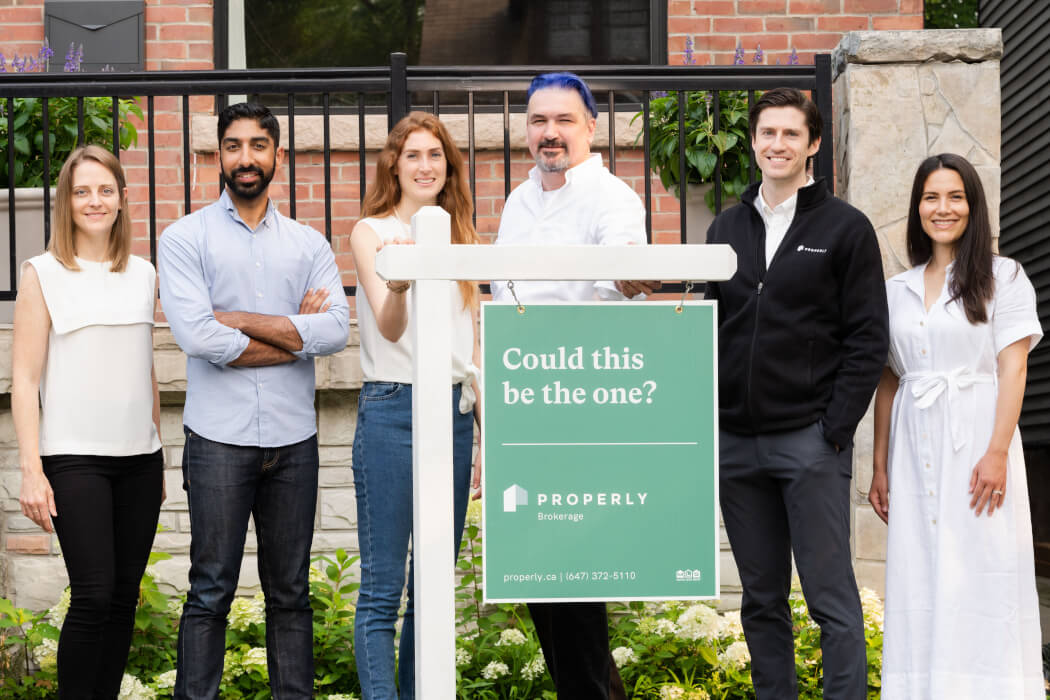 The $44 million CAD all-equity, all-primary Series B round was led by Bain Capital Ventures (BCV), with participation from strategic investors Intact Ventures and FCT. A number of notable individuals participated in the round, including Wealthsimple’s Mike Katchen, Spencer Rascoff (co-founder and former CEO of Zillow), and Eric Wu (CEO of Opendoor), among others. Follow-on funding came from existing investors Prudence Holdings, FJ Labs, Golden Ventures,1984 Ventures, Max Ventures, Alleycorp, and Interplay.

The round brings Properly’s total funding to date to $60 million CAD, but that number omits the $100 credit facility the company secured from Silicon Valley Bank and i80 Group last fall to underwrite its sales assurance product.

That product, which provides home sellers with a purchase guarantee from Properly, allowing them to purchase a new home with that existing equity, was a major addition to the company’s portfolio of online tools and services designed to make home buying and selling less of a nightmare.

Focused on battle-testing those services in the Greater Toronto Area (GTA), Properly CEO and co-founder Anshul Ruparell told BetaKit the company has experienced “an incredible amount of growth” in the last year. With a Net Promoter Score of 85, Properly has seen 100 percent monthly growth for its free tools (home search, home value calculator, etc.) and 100 percent quarterly growth with its revenue-generating products.

“With this funding, we’ll be in a position to take that strength that we’ve built in Toronto and expand it across the rest of the country,” Ruparell told BetaKit.

The near-term focus for expansion will be BC (starting with Vancouver), followed by the rest of Ontario (with Ottawa, Hamilton, and Waterloo Region as priority markets). To do that, Properly will look to triple its staff of 60 full-time employees over the next 12 months, but Ruparell said the company’s existing debt facility is “sufficient to help us expand.” The reason? Properly actually hasn’t had to purchase a customer’s home, as all have sold through the platform in less than 90 days.

Anshul Ruparell, co-founder and CEO of Properly, told BetaKit that Properly is “really the only company in Canada that offers a service beyond the traditional way of buying and selling” homes.

The combination of Properly’s GTA performance and Canada’s appreciating real estate market is the reason for the company’s broad interest from existing, strategic, and major US investors. Canadian home values have grown 39 percent over the last five years, and 81 percent over the last decade, but according to BCV partner Merritt Hummer, the Canadian real estate market has seen little innovation compared to the more mature US market. Given what she called a “greenfield opportunity” north of the border, the VC told BetaKit that “Properly will become synonymous with home buying in Canada, much like Zillow is synonymous with home discovery in the US.”

The comment is striking given that both Zillow’s former CEO and Opendoor’s current CEO – two US-based potential competitors – invested in Properly’s round. Rascoff told BetaKit that investing in a Canadian-specific platform makes sense because “the US real estate portals are very focused on the US. As we’ve seen in other markets, like Latin America and Europe, the eventual winners are typically local.”

Ruparell told BetaKit that Properly doesn’t currently have the ambition to expand internationally, citing newfound investor Mike Katchen’s approach to building Wealthsimple as inspiration. The CEO did say that he believes Properly is “really the only company in Canada that offers a service beyond the traditional way of buying and selling” homes.

And his thoughts on the fact that leaders from major US counterparts are now direct investors in Properly? “I think it’s telling.”

Ruparell was also eager to speak to the strategic investments Intact Ventures and FCT, both of which provide services Properly is looking to integrate: property and title insurance, respectively. The goal is to make every aspect of real estate transactions frictionless.

“The reason we bring them on board is that our vision of Properly is to become a truly end-to-end service provider to our customers,” Ruparell told BetaKit. “Whereas, historically, they’ve been forced to wrangle a dozen or more intermediaries.”

With files from Meagan Simpson.

As signs that the second wave of COVID-19 is beginning to wane and travel restrictions loosen, foreign investors are looking to return to the U.S., … END_OF_DOCUMENT_TOKEN_TO_BE_REPLACED

Wall Street stocks continued to rise while government bonds softened as investors addressed the effects of US employment reports, which were much … END_OF_DOCUMENT_TOKEN_TO_BE_REPLACED