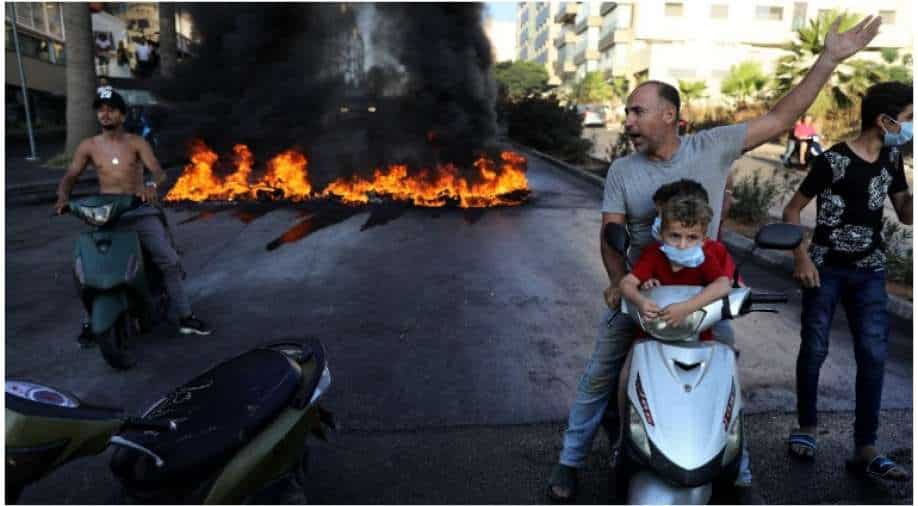 Protests rocked Lebanon on Monday over deepening economic downturn that had led to a fuel crisis and power shortage. The protests came ahead of fuel price hike. The energy ministry has said that fuel rise may be declared on Tuesday morning. Protesters blocked roads all across Lebanon on Monday.

Protesters in the south Lebanon city of Nabatiyeh parked vehicles across a main artery to stop traffic, the NNA said.

The demonstrations took place after weekend scuffles between security forces and protesters that left nearly 20 people wounded in the northern city of Tripoli following a plunge in the value of the Lebanese pound.

Officially pegged to the dollar at 1,507 since 1997, the local currency now sells for a record low of more than 17,000 to the greenback on the black market.

On Monday, the central bank said it would provide fuel importers with dollars at a rate of 3,900 pounds to the greenback instead of the official rate, in compliance with a government decision issued last week.

The move effectively reduces subsidies on fuel as the central bank tries to shore up fast-diminishing foreign currency reserves.

The energy ministry said it would issue revised fuel prices on Tuesday based on the new exchange rate.

It said fuel tankers docked in Lebanese waters had started offloading fuel shipments that would boost supply in the coming days.

Lebanese have flocked to the gas pumps ahead of the price hikes, causing major congestion and massive queues.

(With inputs from agencies)

As signs that the second wave of COVID-19 is beginning to wane and travel restrictions loosen, foreign investors are looking to return to the U.S., … END_OF_DOCUMENT_TOKEN_TO_BE_REPLACED

Wall Street stocks continued to rise while government bonds softened as investors addressed the effects of US employment reports, which were much … END_OF_DOCUMENT_TOKEN_TO_BE_REPLACED