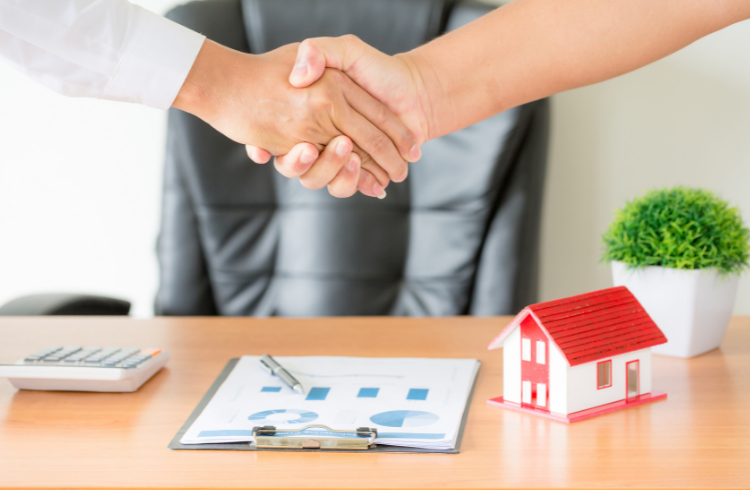 The American e-commerce giant Amazon is often seen as a glorious example of a buy-and-hold investing. In terms of buy-and-hold-investing, shares of Amazon.com Inc have touched the sky over the years. As per Google Finance, the stock price of Amazon.com (NASDAQ:AMZN) in November 2001 was US$6.78 (post the dot-com crash). And now, after about 20 years, Amazon is trading at US$3,626.39. That’s a whopping 535-times hike! So, if you had purchased $10,000 shares of Amazon in 2001, today they’d be worth $5.35 million.

Though Amazon is a celebrated listed-company in the US (and all around the world), Australia has its own example that has actually outperformed the US ecommerce titan – REA Group.

Founded in 1995, REA Group Ltd is essentially a subsidiary of companies (REA Group) that makes up an international online real estate ad company. Headquartered in Melbourne, Australia, the group has subsidiary offices in Asia. REA Group, today, is a publicly listed company. It is listed on the Australian Stock Exchange (ASX:REA). Its majority shares are owned by News Corp Australia (a News Corp subsidiary).

But, why do we say that REA Group has outperformed Amazon? It is because today REA Group has a market cap of AU$21 billion and its shares have multiplied by a whopping 910 times.

Just like Amazon, our Australian player also began its operations in a garage. Coincidently, both set up shop in 1995. And what’s more shocking is that both the companies that got listed just before the dotcom bust in 1999, lost the majority (90%) of their value by 2001.

REA Group, however, was saved by corporate intervention. With a dose of good fortune, Rupert Murdoch’s media empire News Corp stepped in and provided REA Group with the financial aid it needed. News Corporation bought about 44% of REA Group (which was known as realestate.com.au at that time). The deal was finalized at AU$2 million (cash), in addition to AU$8 million-worth print and TV advertising. This gave REA group a AU$ million equity valuation.

Cut to 2021, the media real estate company has grown 910 times in terms of valuation of what Murdoch paid in 2001. Needless to say, REA Group has turned out to be News Corp’s best investment decision.

Apart from being a multi-decade shareholders’ compounder, the group has been holding on to one of the most privileged positions in the real-estate industry in the world. The market of real estate is generally considered and tends to be highly localized. Comparable property radius extends only to a few surrounding neighborhoods, creating a non-uniform, fragmented supply dynamics. This is highly supportive for an online player such as REA Group. The group has successfully aggregated that supply more uniformly.

Moreover, the real estate market in Australian is unique. In this unique market, it is quite impossible to function as a real estate broker or agent without a subscription to the professional tools and access to its property listing portal of REA Group which is filled with buyers and renters.

Today, the flagship portal of REA Group, realestate.com.au, has undoubtedly become “the go-to destination” for finding the right real estate in the Australian market. Approximately 65% of Australia’s adult population (which is about 12 million Aussies) check property listings, home prices and real estate news on the website every month.

In addition to this, the Australian real estate company has continually outshined its lead over the market’s #2 player, Domain Holdings. As compared to Domain Holdings, REA Group reaches 6 million more Aussies and attracts more than 3 times the monthly visitors of its competitor. The gap which continues to widen every year.

The strategy of REA Group

The prestigious Australian real estate group rose from realestate.com.au, the country’s largest property site (with 4.4 million new browsers every month). However, REA’s strategy has, from the beginning, been to expand the group internationally through aggressive acquisition.

That same year, REA acquired atHome (a group of real estate sites in France, Germany, Luxembourg and Belgium. In 2009, Zoopla purchased the PropertyFinder Group, with annual revenues of £7M, from its prior owners the REA Group as well as News International for a sum which was not disclosed.

In 2014, REA Group acquired 20% of US-based Move, inc. The company runs the US real estate listings on its website called Realtor.com. This was REA Group’s first move into North America. In 2015, realestate.com.au made an announcement of its new agreement with Inspect

In the year 2016, the Aussie firm acquired flatmates.com.au. In its FY20 revenue, the firm earned about A$820.3 million. And most recently in June 2021, REA Group partnered with Simpology, which is an Aussie software company, by acquiring its 34% stake.

Even after so many years, REA Group remains to be the key and primary driver of the growth of News Corp. The shares of REA Group this week closed at $162.45. Investment bank Goldman Sachs increased its price target to $198 just last Friday, which is a 22% upside for a share that is trading at a price-to-earnings ratio of 154.85.

For more latest IT news and updates, keep reading iTMunch

As signs that the second wave of COVID-19 is beginning to wane and travel restrictions loosen, foreign investors are looking to return to the U.S., … END_OF_DOCUMENT_TOKEN_TO_BE_REPLACED

Wall Street stocks continued to rise while government bonds softened as investors addressed the effects of US employment reports, which were much … END_OF_DOCUMENT_TOKEN_TO_BE_REPLACED