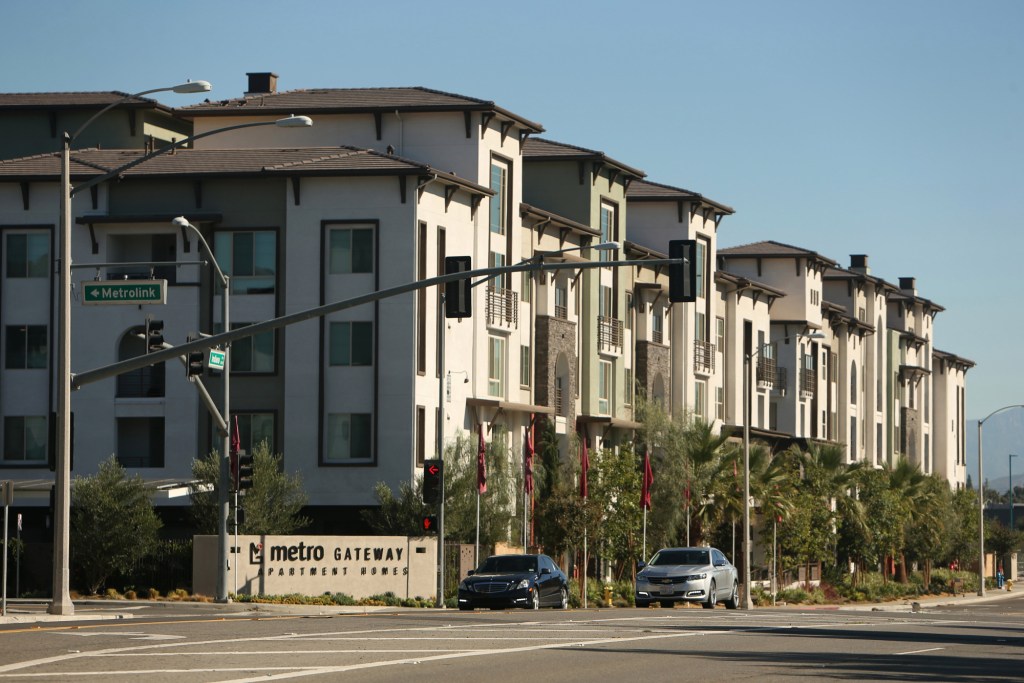 If the past year is any indication, apartment rents will continue dropping in central and coastal portions of Los Angeles County through the next year, with rent hikes occurring everywhere else in the Southern California, a University of Southern California multifamily forecast said Monday.

For example, the Koreatown-Mid City portions of L.A. will see rent decline 1.2% over the next year, while west Riverside and San Bernardino counties will see rent hikes of 9-10%.

The USC Lusk Center for Real Estate, which publishes the Casden Multifamily Forecast each year, warned its predictions are uncertain because the data are “based on a previous year unlike any other previous year.”

The forecast, which normally comes out in the fall, was postponed because forecasting at a time of uncertainly is problematic and possibly misleading, the report said.

Lusk also predicted that despite billions of dollars in rental assistance, many tenants still will owe thousands in back rent, leading to evictions for some. Eight percent in L.A. and

Among the unknowns facing the region’s landlords are whether jobs and amenities will come back to downtown and central L.A. once the pandemic ends, or whether a pandemic-inspired migration to less urban parts of the region are going to be temporary or long-lasting.

Citing U.S. Census figures for the past several years, the report noted that working-class and low-income families are leaving Los Angeles and Orange counties for the Inland Empire, other parts of California as well as Nevada, Arizona and Texas.

“Harris County built double the number of housing than L.A. County with 40% of the population,” Green said. “People are leaving California because there’s no place for people to live.”

Northern valley gains still are expected to be small: An increase of 2.1% is expected in Pasadena, 3.1% in the San Gabriel Valley, and 3.4% in Palmdale, Lancaster and Santa Clarita.

Eviction bans protected most renters from losing their homes during the pandemic, the report said, but many tenants still owe substantial back rent.

Federal and state rental assistance will help pay off much of that debt.

But U.S. Census figures from late April show about 459,000 households in Los Angeles and Orange counties, or 8%, consider themselves “housing insecure,” meaning that are behind on their rent or mortgage payment or think they are about to be, the report said.

“Evictions of even a fraction of people in such straights will push up vacancy rates,” the report said.

As signs that the second wave of COVID-19 is beginning to wane and travel restrictions loosen, foreign investors are looking to return to the U.S., … END_OF_DOCUMENT_TOKEN_TO_BE_REPLACED

Wall Street stocks continued to rise while government bonds softened as investors addressed the effects of US employment reports, which were much … END_OF_DOCUMENT_TOKEN_TO_BE_REPLACED