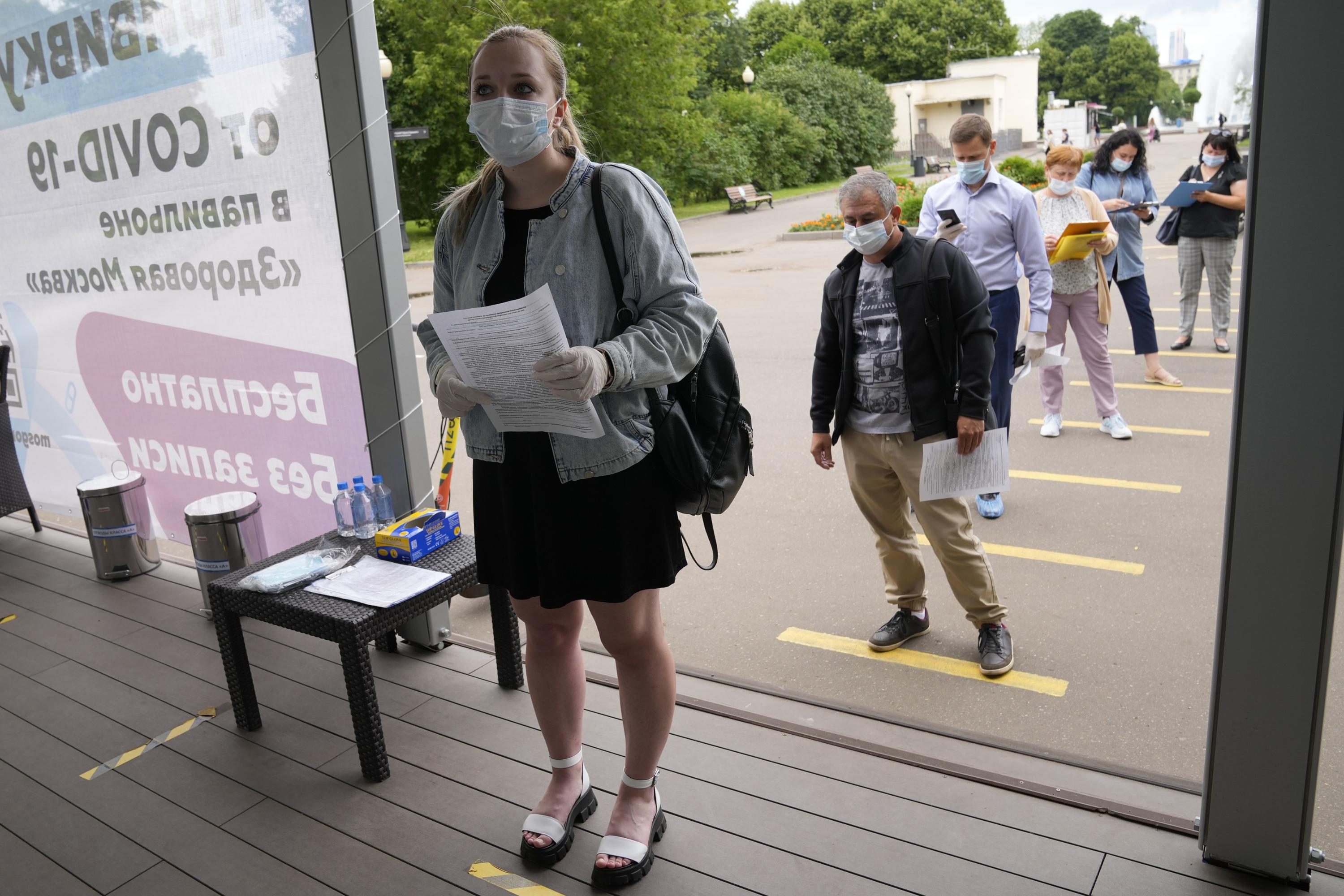 MOSCOW (AP) — Russian health authorities on Thursday launched booster vaccination for those who had been sick with COVID-19 or immunized more than six months ago, an effort that comes amid a surge in new infections and deaths.

“In view of the difficult epidemiological situation today, doctors recommend having booster shots six months after vaccination,” Sobyanin said on his blog. “I’m pleading with you not to miss a chance to get additional protection from the virus, which is particularly important amid the spread of a more aggressive delta variant.”

Health authorities said that the more contagious delta variant of the virus has accounted for the bulk of recent new infections in Moscow and some other regions. The nation’s chief sanitary doctor, Anna Popova, confirmed Tuesday that the authorities also registered the first contagion with the Delta Plus variant.

The new guidelines come as infections in Russia soar and vaccination rates lag behind many other nations.

Russia’s state coronavirus task force has been reporting over 20,000 new COVID-19 infections daily since last Thursday, more than double the average in early June. On Thursday, it reported 23,543 new cases and 672 deaths — the highest daily death toll since the start of the pandemic.

Russian officials have blamed the rise in cases on Russians’ lax attitude toward taking precautions, the growing prevalence of more infectious variants and vaccine hesitancy. Although Russia was among the first countries to announce and deploy a coronavirus vaccine, just over 23 million people — or 15% of its 146 million population — have received at least one shot.

President Vladimir Putin revealed during Wednesday’s call-in show that he had received the Sputnik V vaccine earlier this year and stressed the importance of getting vaccinated. The Russian leader, who had received the shots out of the public eye, had previously refused to identify the vaccine he got to avoid offering a competitive advantage to its maker. Sputnik V is the most widespread of the four domestically-designed vaccines in circulation.

Russia’s vaccination rates have picked up in recent weeks, after authorities in many regions made shots mandatory for employees in certain sectors, such as government offices, retail, health care, education, restaurants and other services.

While reaffirming his position that vaccinations should be voluntary, Putin emphasized that mandatory vaccination for some workers was based on the law and voiced hope that it could help prevent a nationwide lockdown.

A spike in vaccination over the past days was quickly followed by reports of vaccine shortages in a number of Russian regions, and some experts have questioned whether Russia will have enough vaccines to go around.

Officials said earlier this week that 36.7 million sets of four domestically-developed coronavirus vaccines have been released into circulation in Russia, and 30 more million are expected to be produced in July.

As a new wave of contagion spread, authorities in some regions have started imposing travel restrictions.

From Thursday the southern Krasnodar region, which has a long stretch of the Black Sea coast, required incoming hotel and resort clients to produce a certificate of vaccination, a negative COVID-19 test or a document showing they had been previously sick with the virus.

Starting Aug. 1, only those with proof of vaccination or a document showing recovery from COVID-19 will be allowed into hotels and resorts. The stringent rules have triggered a wave of tour cancellations that has shaken the nation’s tourist industry.

As signs that the second wave of COVID-19 is beginning to wane and travel restrictions loosen, foreign investors are looking to return to the U.S., … END_OF_DOCUMENT_TOKEN_TO_BE_REPLACED

Wall Street stocks continued to rise while government bonds softened as investors addressed the effects of US employment reports, which were much … END_OF_DOCUMENT_TOKEN_TO_BE_REPLACED