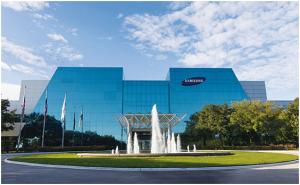 Kim Ki-nam, a vice chairman of Samsung Electronics, said during the Korea-U.S. Business Roundtable on May 21 that Samsung Electronics will build a foundry plant in the United States by investing US$17 billion (around 20 trillion won). The announcement delighted the U.S. government.

However, experts believe that the investment will give Samsung Electronics some homework to do. First, the company needs to secure foundry orders for the new plant. This means it needs to compete more fiercely with TSMC, which is the No. 1 company in the world foundry industry.

Under these circumstances, TSMC and other rivals have sought to keep Samsung Electronics in check. TSMC emphasizes that clients do not need to worry about technological leaks as it specializes in semiconductor manufacturing, unlike Samsung Electronics which does chip design and manufacturing at the same time. TSMC’s marketing point appeals to fables companies. Samsung Electronics may have difficulties in winning foundry orders for the new plant due to the fact that it is not a pure foundry company.

Currently, industry insiders believe that the semiconductor industry entered another super cycle. But it is hard to predict how long the boom will continue. It takes two to three years to build a foundry. This means that when Samsung Electronics completes its new foundry in the U.S., the current super cycle may already have ended.

The current semiconductor super cycle is fueled by consumption of home appliances and IT devices which has been suppressed by COVID-19. However, it is difficult to predict demand two to three years from now because pent-up consumption may end when the pandemic is over.

As Samsung Electronics vice chairman Lee Jae-yong stays behind bars, it is difficult for the company to make aggressive and quick decisions. The decision to invest US$17 billion in a new U.S. foundry is also relatively late compared to TSMC. The Taiwanese company announced in 2020 that it will invest US$12 billion to build a 5-nm foundry plant in Arizona, the United States by 2024. It is also considering building a 3-nm line in the United States by investing up to US$25 billion.

As signs that the second wave of COVID-19 is beginning to wane and travel restrictions loosen, foreign investors are looking to return to the U.S., … END_OF_DOCUMENT_TOKEN_TO_BE_REPLACED

Wall Street stocks continued to rise while government bonds softened as investors addressed the effects of US employment reports, which were much … END_OF_DOCUMENT_TOKEN_TO_BE_REPLACED