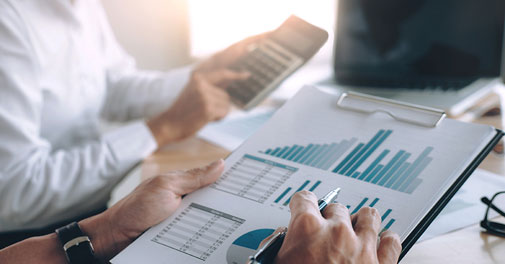 Currently, the flavour of the global narrative beyond Covid-19 is “WITHER CAPITALISM”. The narrative is pervasive through the corridors of academics, C-suites, citizens’ forums to political chambers, albeit in different nuances of inequality, environmental degradation, sustainability of the planet and firms and profit with PURPOSE.

The concept of a limited liability firm with unique features of (a) perpetual succession, (b) common seal, and (c) separation of management with ownership has been one of the greatest inventions of early modern times. The firms have been a significant multiplier of human efforts and creators of wealth and have transformed the beastly planet Earth into a civilised world. It facilitated uplifting billions of homo sapiens from utter poverty and economic deprivation. However, it also led to the concentration of wealth in the hands of a microscopic minority. The mindless exploitation of resources in the quest of profit has resulted in severe environmental degradation, destroyed a significant amount of flora and fauna, and threatened the planets sustainability. The inebriated capitalists and their agents managing the firms have been steering with their feet on the pedal of profit maximisation for far too long. In the 1970s one of the most influential thinkers of his times, a highly respected economist and a Nobel Laureate, Milton Friedman, propounded the Shareholders Theory better known as the Friedman Doctrine and argued that a firm has no social responsibility to the public or society and is obligated only to shareholders – its owners. His well-crafted logic emanated from the belief that “in a free enterprise, private-property system, a corporate executive is an employee of the owners of the business-shareholders, and his primary responsibility is to them” His Theory was complemented by the broader consensus in the academic world, culminating in the innovation of methodology to calculate “Total Shareholders Returns”. Even high priests of regulation of the capital markets tempered it with merely highlighting balancing of interests of majority with minority shareholders. The alarm bells seem to be waking them up all.

On August 19, 2019, all 181 CEOs present at the US Business Roundtable signed a statement committing to lead their companies for the benefit of all stakeholders, viz, employees, customers, suppliers, communities and shareholders, and affirmed to deliver value for all of them to ensure the future of their companies, communities and the countries. In its 2020 meeting in Davos, the World Economic Forum adopted the theme of “Multi-stakeholders Initiative” In short – ESG-Environment, Sustainability and Governance.

Before the Freidman doctrine received global recognition and profit motive started being pursued with unfettered abandon of the interest of other stakeholders, including sustainability of the planet itself, there was an era of “Managerialism” when Managers – the agents of the stakeholders visualised their role as balancing the varied and conflicting demands of all of them. The rampant fiduciary absolutism (for shareholders alone) was yet to find its feet. The pioneering guru of management, Peter Drucker, in his book “Concept of the Corporation”, published in 1946, had outlined valuable thought processes for leaders and executives on how to balance the interests of various stakeholders and create an environment for a sense of fulfilment for all.

The neo-classical economics in the concept of Economic Theory of the Firm enunciated that a for-profit firm comes into being and conducts its business to create wealth out of the allocated resources by manufacturing goods and services, creating demand, defining pricing etc. and optimising profits. The resources allocated to the firm belong to multiple stakeholders. The engagement of stakeholders-owners of resources is inspired by ‘instrumental rationality’ (maximising economic returns) and ‘conscious rationality’ (beyond monetary returns – HR and society, in particular, display such engagement). The wealth created by a firm belongs to all stakeholders and has to be shared with the underlying principle of equity.

The future of capitalism is threatened. The panacea lies in immediate effective rectification. Even though lots of lights are lighting up, the change of gear from profit maximation to profit with purpose will happen only if the Board regains its leadership role of providing vision and strategic direction to the firms. Several large investment pools managers like Larry Fink of BlackRock have pledged to provide support hereafter only to those firms that care and pursue the path of ESG. A number of private equity funds globally, including India, have raised money for investing in companies that will protect the environment, promote social stability, and pursue good governance.

Highly polluting organisations like fossil fuel extractors, combustion engine, cement and steel manufacturers etc. have been working on alternatives to reduce and prevent pollution and environmental damage. Quite many firms, in particular, those that access funds from the global markets have started seriously discussing these issues, taking some mitigation steps, and started reporting the same in their annual reports. Even some of the analysts reports carry a review of the performance of the firm on ESG.

The chiming of alarm bells is getting louder. The Economist issue of March 3, 2021 carried an express call, “BOE should conduct its policy with an eye towards environmental sustainability.” In January 2021, European Central Bank President Christine Lagarde said ECB is assessing how it might contribute to European climate goals. Joe Biden, President, US, has appointed a seasoned politician, John Kerry, as a special envoy to work on climate change. In the March 2020 issue of HBR, while outlining how PepsiCo moved towards a healthier future, Indra Nooyi (former boss) and Prof. Govindarajan stated that “Capitalism is under pressure” and identified the challenge of the shift to focussing more on long-term sustainability and less on short-term profitability. The mere description of a few steps to lower carbon emissions, improving sustainability, and following the regulatory dictate to improve governance will be inadequate to meet the times’ demands. When regulators started focussing on corporate governance following big corporate scandals across geographies, the firms’ management got away with complying with the letter and form of governance rather than the spirit and substance. Most organisations even today don’t disclose authentic economic value addition during the year while presenting financial results.

The firms’ political theory is being validated in academics on the ‘Empirical’ and ‘Normative’ hypothesis. Free market capitalism empowers a firm to exercise control over natural persons, including workers, customers, shareholders and members of the society. The exploitation, inequity and destruction should empower the natural persons to exercise counterweight and invoke the state’s power to restore ‘Egalitarianism in the management of the affairs of the firm’ under the fundamental principle of governance. The aroused global political activism is the vivid symptom of the counterweight exercise by natural persons and can be navigated by firms by delivering quantifiable substantive performance under ESG.

The managers’ mind space must encrypt a new script, “Value Maximisation”, and erase “Profit Maximisation” there from. This can happen only if it is recognised and internalised that the firm is owned by all the stakeholders and not by the shareholders alone. That calls for an objective assessment-qualitative and quantitative of the performance enabled by digital tools. Traditional ratings agencies have entered the ESG fray, by providing metrics and ratings on organisations’ ESG performance, but most of them are lagging indicators. Fortunately, today there are platforms being created by start-ups, which enable corporations to not only assess their past performance, but also help them assess their current ESG posture, vis-a-vis global best practices. These platforms also allow these organisations to chart and execute their ESG journeys and correlate good ESG practices to accelerated economic outcomes. Value maximisation rests in the long-term prosperity of all stakeholders.

The vision and strategic direction must be shifted to optimal value creation for stakeholders and its efficacious sharing. The reviews have to move away from TOTAL SHAREHOLDERS RETURNS to TOTAL STAKEHOLDERS RETURN. The firms annual value creation goals should be an aggregation of the value to be created for each stakeholder, which delivers their expectations. In conclusion, transformational change requires the Board to assume its leadership role and drive from the front. The sustainability of the firms will be determined by the speed with which the transformation happens.

As signs that the second wave of COVID-19 is beginning to wane and travel restrictions loosen, foreign investors are looking to return to the U.S., … END_OF_DOCUMENT_TOKEN_TO_BE_REPLACED

Wall Street stocks continued to rise while government bonds softened as investors addressed the effects of US employment reports, which were much … END_OF_DOCUMENT_TOKEN_TO_BE_REPLACED