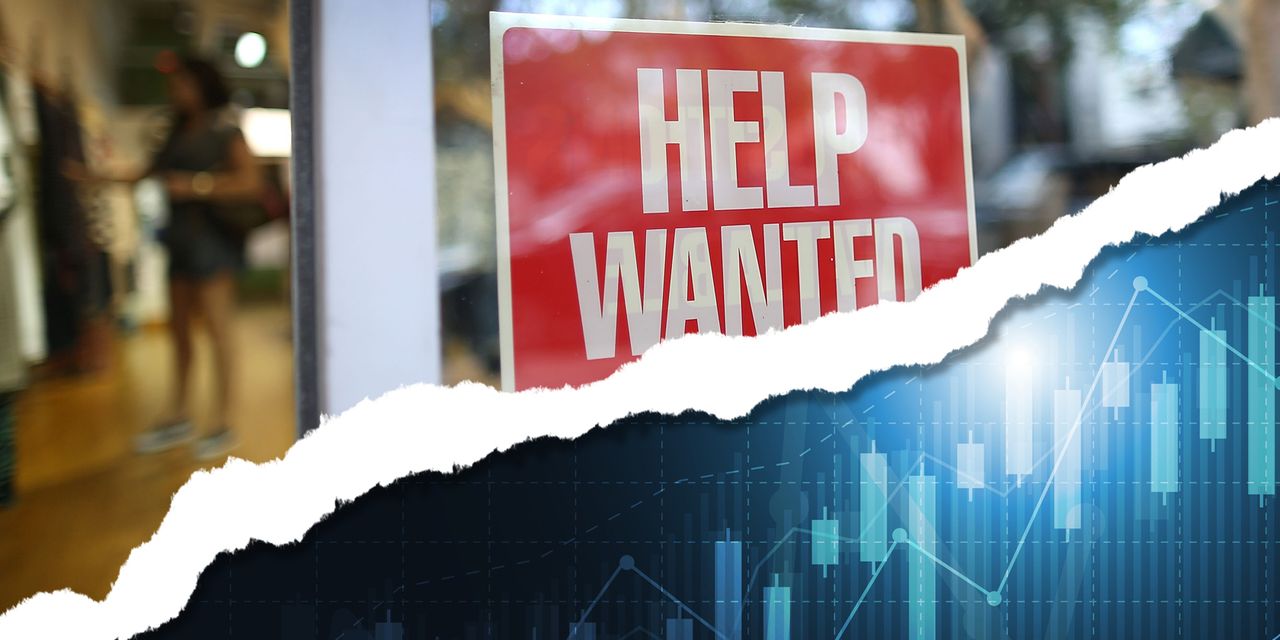 Friday’s going to be a big day on Wall Street.

May employment data won’t make for a typical monthly report. It comes after April data showed that just 266,000 new jobs were created on a seasonally adjusted basis, significantly missing economists’ forecast that had come in on average at around 1 million.

The befuddling April labor-market update came as the U.S. economy was supposed to be kicking into higher gear in the rebound from the COVID-19 pandemic. That leaves Friday’s May report as possibly one of the most, if not the most, important piece of economic data due this month.

“It’s the only show in town this week,” Ian Lyngen, strategist at BMO Capital Markets, told MarketWatch in an email on Wednesday.

Aneta Markowska, chief economist with Jefferies Financial Group, told MarketWatch that she was particularly uneasy this week after her bold 2.1 million forecast for April, a standout even among bullish estimates for the month, came up well short.

Asked if she was skittish in her forecast this time around, Markowska had this to say:

“Skittish is an understatement.

“This is probably the least conviction I’ve had on a payrolls forecast in my entire career,” she acknowledged.

Jefferies’ best guess for May jobs this time around is 450,000. That falls well below consensus estimates from economists polled by Econoday for 645,000 jobs last month, with an unemployment rate falling to 5.9%.

“Job demand indicators suggest we should be printing 1 million jobs a month; but gauges of actual employment show little to no growth. I wouldn’t be shocked if the number falls anywhere in that range,” Markowska said.

Friday’s report could have substantial implications for stocks and bonds, which have mostly traveled in a tight range because of supply-chain bottlenecks reflected in a surge in commodities prices from lumber
LB00,
+4.97%
to oil
CL.1,
+0.03%,
which are amplifying pricing pressures and slowing the business and labor market recovery.

An inflation reading rose sharply in April, with the consumer-price index soaring 0.8% to match the biggest monthly increase since 2009, signaling greater stress on the economy as businesses grapple with supply shortages that are raising the cost of many goods and services.

A report on Wednesday from the Federal Reserve’s 12 business districts, the Beige Book, confirmed that pricing pressures are gathering, even as the economy is staging a moderate rebound.

“Given the news vacuum and the sideways market trend. Friday’s employment reports seemed likely to move markets more than usual,” he said.

Adding to intrigue on Friday, the employment report will come after Federal Reserve Chairman Jerome Powell is set to speak at 7 a.m. Eastern at a climate event along with members of the European Central Bank.

As signs that the second wave of COVID-19 is beginning to wane and travel restrictions loosen, foreign investors are looking to return to the U.S., … END_OF_DOCUMENT_TOKEN_TO_BE_REPLACED

Wall Street stocks continued to rise while government bonds softened as investors addressed the effects of US employment reports, which were much … END_OF_DOCUMENT_TOKEN_TO_BE_REPLACED