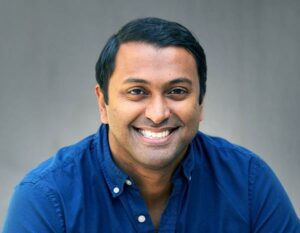 “I really enjoy this period in a startup company, when they are poised on the brink of tremendous growth,” said Porad. The role is a return to the gig economy for Porad, who spent seven years helping build Rover’s pet sitting marketplace.

A longtime engineering leader at Rover, he left the pet care startup last year and served as VP of engineering at virtual healthcare startup 98point6 for less than a year. Prior to joining Rover in 2013, Porad was CTO for Cheezburger and held multiple director roles at Bellevue, Wash.-based drugstore.com.

Dolly currently has 40 full-time employees and plans to double its headcount and sales in the upcoming year. The moving service is currently available in 36 major metro areas and works with retail partners such as Costco, Lowe’s, Best Buy, Purple and Mattress Warehouse.

Founded in 2014, Dolly is led by co-founder and CEO Mike Howell. Other co-founders including Kelby Hawn, Jason Norris, and Chad Wittman are no longer at the company.

— Regi Vengalil, the CFO at Expedia Group’s corporate travel business unit Egencia, will be departing in May to join pay-per-mile auto insurer Metromile as CFO. Vengalil also currently serves on the board of Seattle-based Porch.

In a statement, Vengalil said he’s been a Metromile customer for six years and is eager to expand the digital insurance platform’s mass appeal. Based in San Francisco, Metromile is a publicly traded company founded in 2011. In addition to offering its own auto insurance policies, the company also licenses its cloud-based technology to other insurers. 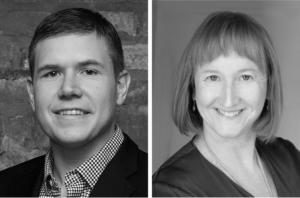 — Seattle startup HeadLight appointed Personify CEO Norbert Orth to its board of directors and also added Patti Brooke and Tom Staples to its executive team. HeadLight, previously known as Pavia Systems, spun out of the University of Washington and makes photo-based inspection software for the construction industry.

Staples is vice president of sales and joins the company from solar energy startup Omnidian where he was VP of strategic alliances. Staples previously was director of sales and business development at Clean Power Research and co-founded Cooler Planet, both startups in the renewable energy sector.

— Makara, a cryptocurrency robo-advisor which spun out of Strix Leviathan, hired Nick White as VP of growth. He was most recently VP of marketing at Austin-based startup Osano.

Baker was most recently global director of cloud marketing at Cisco subsidiary AppDynamics. He previously held marketing leadership roles at Versive, Splunk and ExtraHop. He is based in Seattle.

— Longtime Seattle-based journalist and editor Phyllis Fletcher is now a senior editor for audio at The New York Times. She was most recently a senior editor at American Public Media Group and previously held editorial leadership roles at NPR, Northwest News Network and KUOW Public Radio.

As signs that the second wave of COVID-19 is beginning to wane and travel restrictions loosen, foreign investors are looking to return to the U.S., … END_OF_DOCUMENT_TOKEN_TO_BE_REPLACED

Wall Street stocks continued to rise while government bonds softened as investors addressed the effects of US employment reports, which were much … END_OF_DOCUMENT_TOKEN_TO_BE_REPLACED