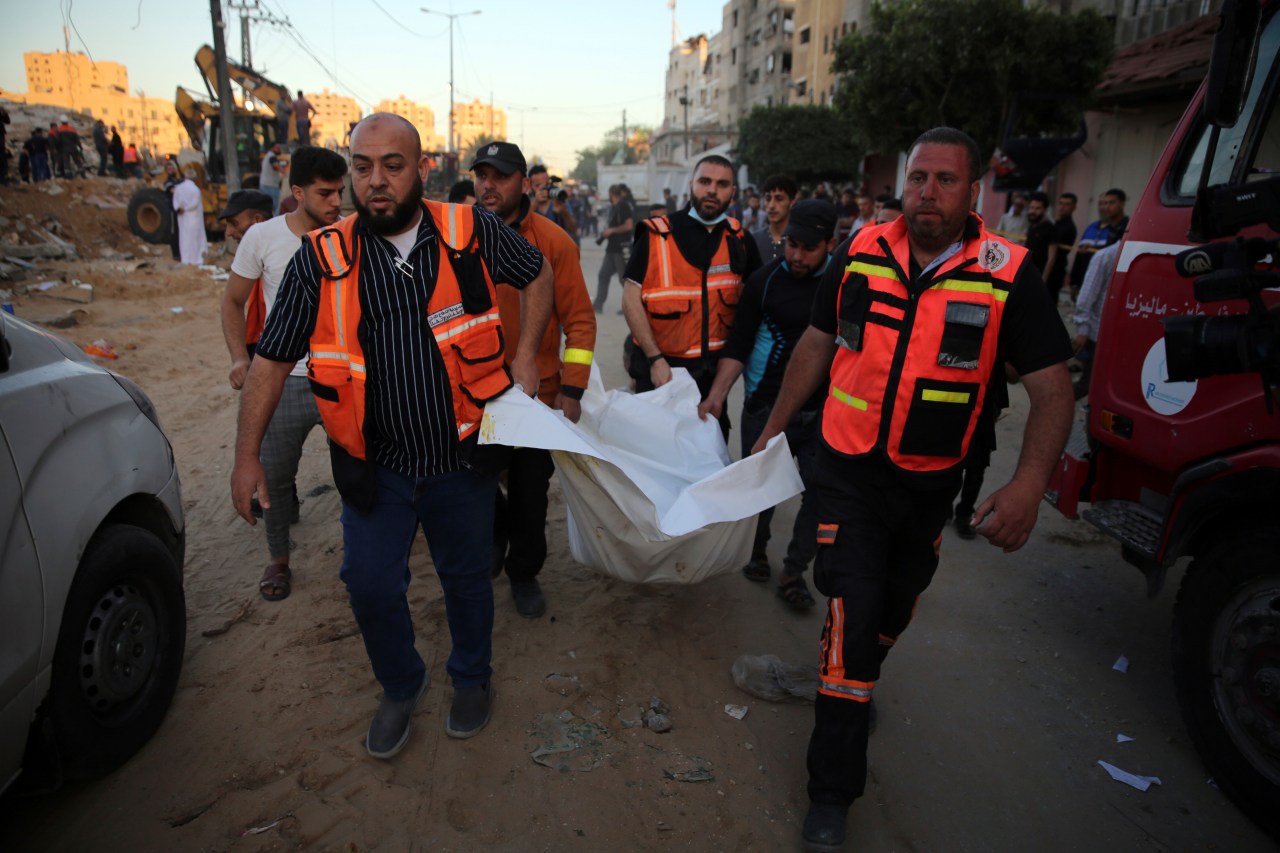 JERUSALEM (AP) — The Latest on the stepped-up fighting between Israel and militant Hamas rulers(all times local):

Families toting supplies sought refuge on Friday in temporary shelters in central Gaza City as Israeli artillery pounded northern Gaza in an attempt to destroy a vast network of militant tunnels. The assault brought the front lines closer to dense civilian areas and paved the way for a potential ground invasion.

Fleeing families arrived in pickup trucks, on donkeys and by foot at schools run by the United Nations, hauling pillows and pans, blankets and bread. Men lugged large plastic bags and women carried infants on their shoulders, cramming into classrooms.

One mother who fled to a downtown school with her children said “nothing remains for us” back home in the northern town of Beit Lahiya. Her son, Othman, said he had felt the family’s house “shake up and down,” adding that “everyone was running.”

As signs that the second wave of COVID-19 is beginning to wane and travel restrictions loosen, foreign investors are looking to return to the U.S., … END_OF_DOCUMENT_TOKEN_TO_BE_REPLACED

Wall Street stocks continued to rise while government bonds softened as investors addressed the effects of US employment reports, which were much … END_OF_DOCUMENT_TOKEN_TO_BE_REPLACED