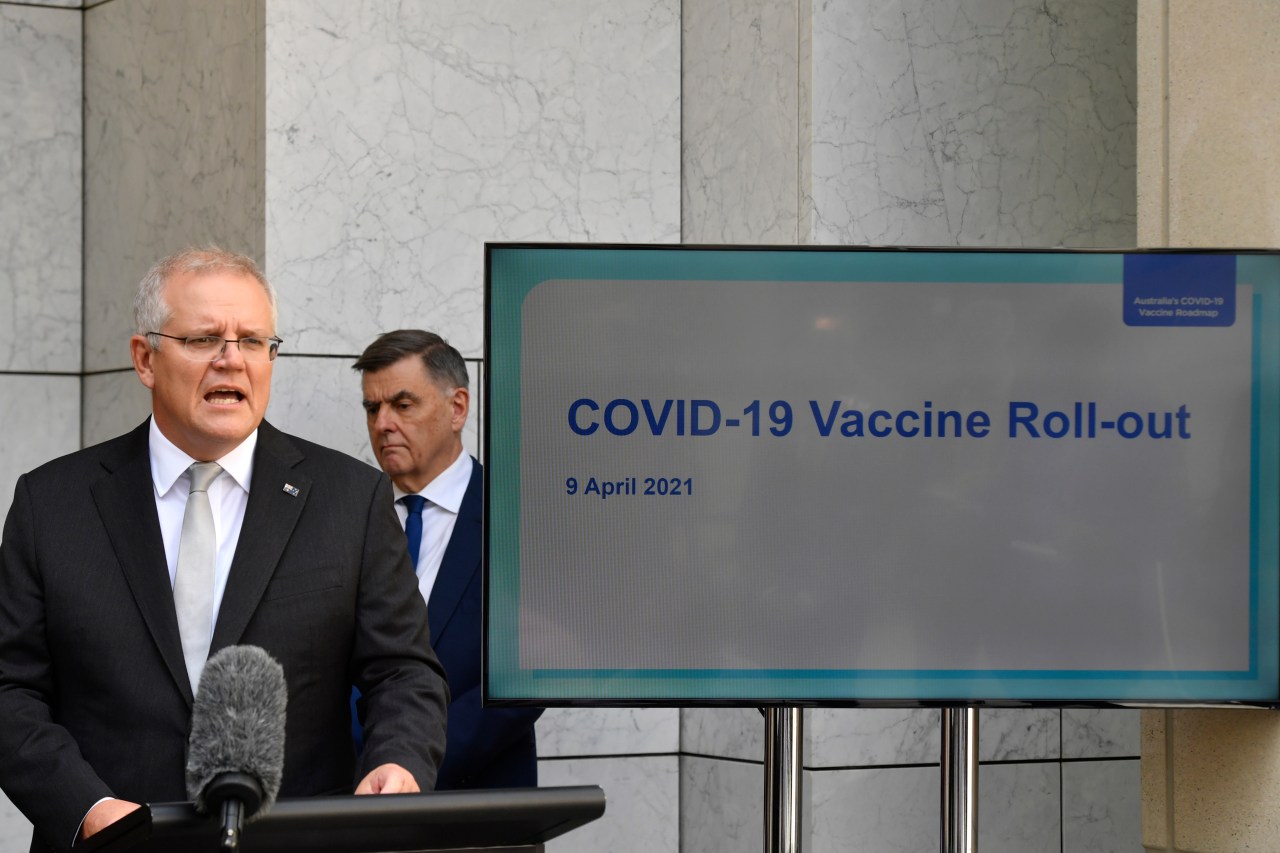 CAIRO — Libya has received more than 57,000 doses of a COVID-19 vaccine from the COVAX initiative.

The U.N. children’s agency, UNICEF, said the doses that arrived late Thursday have been earmarked to health workers, people older than 75 and people with chronic disease.

Libya’s National Center for Disease Control said 57,600 doses of the Oxford AstraZeneca vaccine were in the first COVAX shipment to Libya.

Libya has seen swelling COVID-19 cases. The county of around 7 million people has reported more than 166,000 confirmed cases and 2,799 virus-related deaths since the start of the pandemic. However, the actual numbers, like elsewhere in the world, are thought to be far higher.

HERE’S WHAT ELSE IS HAPPENING:

CANBERRA, Australia — Australia has finalized a deal to buy an extra 20 million doses of the Pfizer vaccine as it rapidly pivots away from its earlier plan to rely mainly on the AstraZeneca vaccine.

He said the deal means Australia will get a total of 40 million doses of the Pfizer vaccine by the end of the year, enough to inoculate 20 million people in the nation of 26 million.

Australia’s pivot came after the European Medicines Agency said this week it had found a “possible link” between the AstraZeneca vaccine and rare blood clots, though regulators have continued to say the benefits of the vaccine outweigh the risks for most people.

The pivot represents a significant shift in Australia’s overall approach and is likely to delay plans to have everybody inoculated by October.

A major part of Australia’s strategy had been making its own vaccines without importing them. It had planned to manufacture some 50 million doses of the AstraZeneca vaccine, enough for 25 million people. Australia had made no plans to make any other vaccines at home.

BANGKOK — Thai authorities were struggling Friday to contain a growing coronavirus outbreak just days before the country’s traditional Songkran New Year’s holiday, when millions of people travel around the country.

Health officials reported another 559 new infections nationwide on Friday, following increases of 405 new cases and 334 new cases the previous two days. Authorities have responded by ordering that entertainment venues in 41 provinces close for two weeks starting Saturday, while governors in some provinces are placing restrictions on travelers arriving from elsewhere.

Such daily increases in new infections are rare for Thailand, which has weathered the coronavirus pandemic far better than many nations through measures including strict border controls that have decimated the country’s lucrative tourism industry. Thailand has also experimented at times with everything from curfews and alcohol bans to closures of schools, shopping malls and restaurants.

PHILIPPINE SEA — The U.S. 7th Fleet that operates throughout the Indo-Pacific says 96% of its personnel have been fully vaccinated against COVID-19.

The fleet said more than 14,000 service members had received their full doses of the vaccine, which it began administering in January to those who volunteered.

“We owe it to ourselves, our family and country to make every effort to stop the pandemic,” vaccine coordinator Capt. Joseph F. Penta was quoted as saying in the statement.

The 7th Fleet operates 50-70 ships and submarines and regularly interacts with forces from 35 other countries.

Last April, more than 500 crew members aboard the aircraft carrier USS Theodore Roosevelt tested positive for the virus and one died after the ship docked in Guam. That came amid a crisis during which the Navy’s civilian leader fired the ship’s captain after accusing him of too widely distributing a letter calling for more urgent action to deal with the outbreak. The administration official resigned shortly after coming under criticism for the firing.

SAN FRANCISCO — More California counties are opening up vaccines to younger adults, a week ahead of the state’s schedule.

At the same time, California public health officials warned Thursday of decreases in supply because of a national reduction of the one-shot Johnson & Johnson vaccine. The state has received about 2.4 million doses this week, but it expects 2 million next week and 1.9 million doses the week after.

Santa Clara County and Fresno County are the latest to open up vaccinations to everyone 16 and up.

A mass vaccination site at California State University, Los Angeles announced it would take adults on a walk-up basis because of excess appointments. It had to start turning people away Thursday.

As signs that the second wave of COVID-19 is beginning to wane and travel restrictions loosen, foreign investors are looking to return to the U.S., … END_OF_DOCUMENT_TOKEN_TO_BE_REPLACED

Wall Street stocks continued to rise while government bonds softened as investors addressed the effects of US employment reports, which were much … END_OF_DOCUMENT_TOKEN_TO_BE_REPLACED