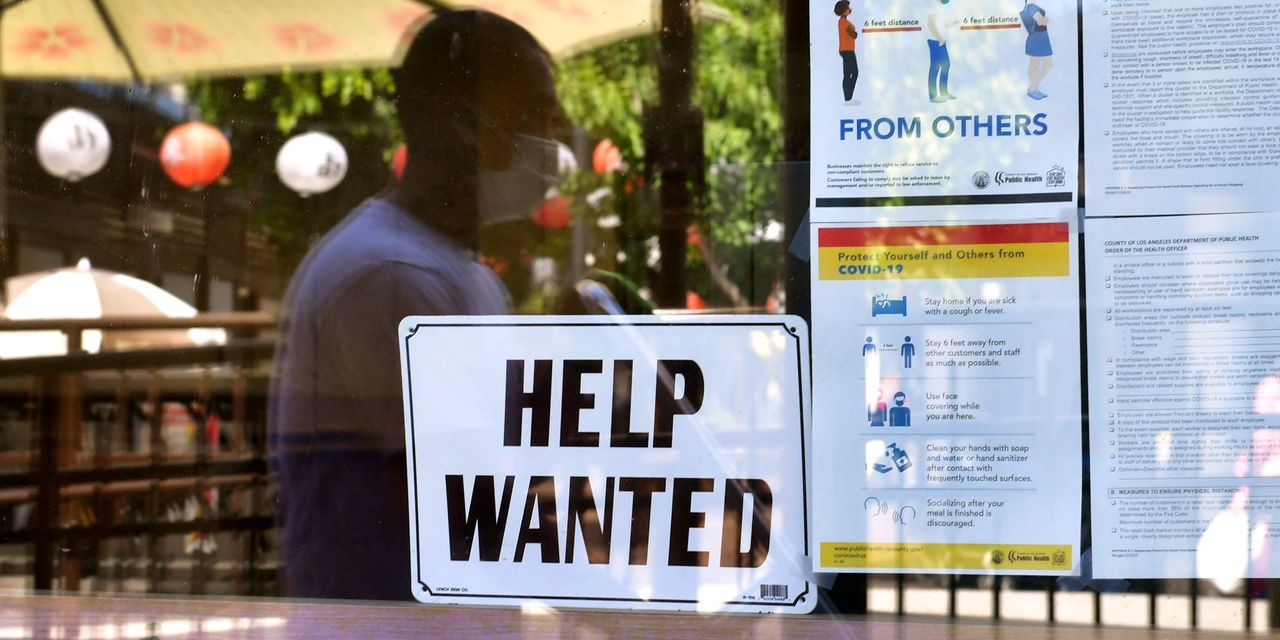 The U.S. economy may be as little as one month away from full employment, according to new research from a regional Fed bank.

The Dallas Fed report argues that labor-market slack should not be measured by where the U.S. economy stood before COVID-19 hit, but by a “neutral” labor market. The Dallas Fed said it used 360 different employment-rate profiles—based on the historic experiences of workers of varying age, racial, gender and educational backgrounds—to come up what would be the natural rate of employment of the working-age population.

The natural employment-to-population ratio has been slowly declining due to the aging of the U.S. population.

The answer to that complicated question is 58.3%–not terribly far off from the 58% that the employment-population ratio was in June.

It’s important to note that the Dallas Fed analysis is very different from what’s coming out of the Federal Open Market Committee, and that Dallas Fed President Robert Kaplan has emerged as one of the more hawkish voices on the Fed. Fed Gov. Lael Brainard said earlier this month that the shortfall in jobs is over 10 million “if we take into account the secular job growth that would occurred over the past year in normal circumstances.”

The job-market assessment is vital because the Fed has conditioned monetary policy on the labor market. The Fed says it will start reducing bond-market stimulus when there’s “substantial further progress” in the central bank’s maximum employment goal.

As signs that the second wave of COVID-19 is beginning to wane and travel restrictions loosen, foreign investors are looking to return to the U.S., … END_OF_DOCUMENT_TOKEN_TO_BE_REPLACED

Wall Street stocks continued to rise while government bonds softened as investors addressed the effects of US employment reports, which were much … END_OF_DOCUMENT_TOKEN_TO_BE_REPLACED