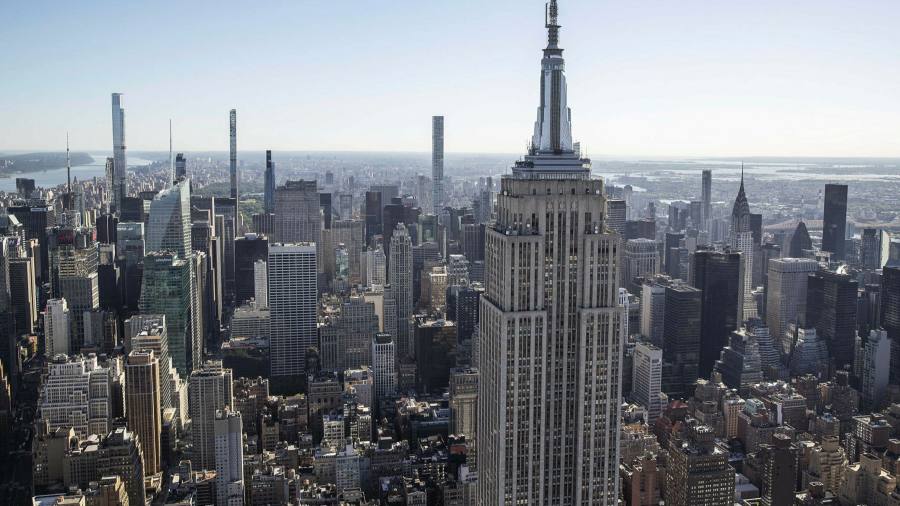 Driven by the success of America’s vaccine rollout and massive government stimulus, the US economy is expected to grow as fast as 7 per cent this year and is currently leading the world recovery. The commentariat is talking up an “American Renaissance” in a nation that on Sunday marked its 245th Independence Day.

But there is a problem: America just went through an economic renaissance. It’s not likely to be reborn again.

A decade ago, in the wake of the 2008 financial crisis, Standard & Poor’s downgraded US government debt for the first time ever, triggering dire forecasts of American decline. Instead, the 2010s saw an expansion of American economic power, driven by its tech prowess and its relatively quick resolution of the debt crisis.

The US share of global gross domestic product rose from a 2011 low of 21 per cent to 25 per cent last year. Average incomes started the decade 26 per cent higher in the US than in Europe and finished more than 60 per cent higher. The US income lead over Japan grew even more dramatically. By early 2020, despite talk of “despair” in the jobless middle classes, US consumer and small business confidence hit highs unsurpassed since the 1960s.

As a financial superpower, the US reached even greater heights. Its share of global stock markets increased in the 2010s from 42 per cent to 58 per cent. The dollar emerged more dominant than ever, helping the US extend its lead over other developed nations.

By late 2019, 75 per cent of all overseas loans to individuals and corporations were denominated in dollars, up from 60 per cent before the crisis of 2008. Six of every 10 countries used the dollar as their “anchor” — the currency against which they measure and stabilise the value of their own currency — near a record high. China’s efforts to challenge the dollar as the world’s favourite reserve currency also failed utterly during the 2010s.

After a comeback decade, America is unlikely to rise anew in the 2020s. As I argued at the start of the pandemic, booms that are potent are almost always followed by a long hangover.

The US economy led the world in the 1960s, but in the 70s it worried about falling behind the oil-fuelled Soviet Union. In the 1980s it fretted over an ascendant Japan. The US came roaring back during the tech boom of the 1990s, but the 2000s were all about the rise of emerging markets led by China.

Forecasts for another US surge rest in part on faith that it can keep extending its lead in technology. But the US internet giants already face challengers in emerging markets from Asia to Africa, where local entrepreneurs are building national and regional market leaders in ecommerce, e-banking and search. Europe is closing the innovation gap in fields such as robotics and AI, and European start-ups are attracting more private equity money than ever before.

Booms are often killed by complacency, which grips the US now. Significant voices in both political parties have argued that America should continue to borrow and spend freely, thanks to the unrivalled status of the dollar as the world’s most wanted currency.

But easy money flowing out of the Fed is threatening to weaken the dollar and feeding the rise of zombies — companies which earn too little to make even interest payments on their debt. They barely existed in the US 20 years ago, but accounted for 6 per cent of listed companies by 2010, and almost 20 per cent by last year.

The federal government and corporations are now so deep in debt, it is hard to imagine how they can further boost the economy. In 2010, the US owed the rest of the world $2.5tn, a sum equal to 17 per cent of US GDP. By early last year, those liabilities had risen to $10tn and more than 50 per cent of GDP — a threshold that has often triggered currency crises in the past. Currently they are $14tn and 67 per cent of GDP.

None of this means that American declinists, so wrong in the 2010s, will finally be proved right. China’s rising share in the global economy has come largely at the expense of Europe and Japan. Declinists, still convinced the US will soon be overtaken by China, overlook the fact that China has huge debt problems too.

What is more likely is that the US will have a mediocre decade, weighed down by the excesses of its recent boom. Relative to other markets, US stocks are at a 100-year peak. Valuations that high reflect the new optimism: after a decade of unanticipated US success, many analysts now expect more of the same. Alas, this may be as good as it gets for America.

As signs that the second wave of COVID-19 is beginning to wane and travel restrictions loosen, foreign investors are looking to return to the U.S., … END_OF_DOCUMENT_TOKEN_TO_BE_REPLACED

Wall Street stocks continued to rise while government bonds softened as investors addressed the effects of US employment reports, which were much … END_OF_DOCUMENT_TOKEN_TO_BE_REPLACED