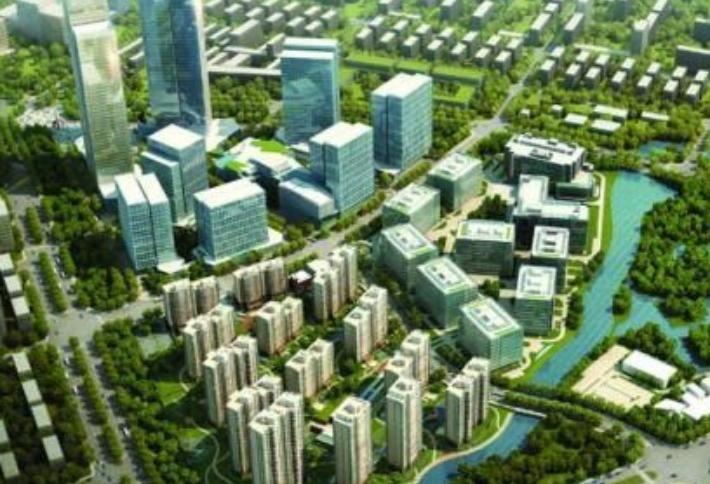 Real estate giant Tishman Speyer has inked a deal with Chinese technology company ByteDance to sell and lease a combined 2.55M SF of office and retail space at The Springs, a Tishman Speyer development in Shanghai.

ByteDance, which is best known for its social media app TikTok, is acquiring 2.1M SF of office and retail space under development by New York-based Tishman Speyer to form a regional headquarters. The Beijing-based tech company will also lease 457K SF of office space at The Springs.

ByteDance’s new campus, which will be designed by the German architectural firm Gerkan, Marg and Partners, is scheduled for completion in 2023. The regional HQ will also feature 6 acres of parks and other green space.

The participants in the deal didn’t disclose the sale price, but the development value for the parcel acquired by ByteDance is about $1.25B, The Real Deal reports.

“All over the globe, innovative companies like ByteDance are bringing people together — often in ways beyond what was imagined just a few years ago,” Tishman Speyer President and CEO Rob Speyer said in a statement. “Our mission, as a developer, property owner and investor, is to facilitate this innovation.”

According to Tishman Speyer, the deal represents its largest-ever transaction with a single customer.

Tishman Speyer began work on The Springs in 2011. The development is on a 66-acre parcel in Shanghai’s Yangpu District, the site of a former military airfield. At full build-out, The Springs will include 9.8M SF of office space, residences, hotels, restaurants, retail and entertainment space, along with parks, gardens and other green-space amenities.

ByteDance has been active in U.S. real estate markets as well in recent years. It leased 232K SF at The Durst Organization’s 151 West 42nd St. in Times Square in Manhattan in May 2020, an unusually large lease considering that the city was practically shut down by the coronavirus pandemic at the time. Late last year, TikTok’s parent company leased 53 megawatts of data center capacity in Virginia.

As signs that the second wave of COVID-19 is beginning to wane and travel restrictions loosen, foreign investors are looking to return to the U.S., … END_OF_DOCUMENT_TOKEN_TO_BE_REPLACED

Wall Street stocks continued to rise while government bonds softened as investors addressed the effects of US employment reports, which were much … END_OF_DOCUMENT_TOKEN_TO_BE_REPLACED