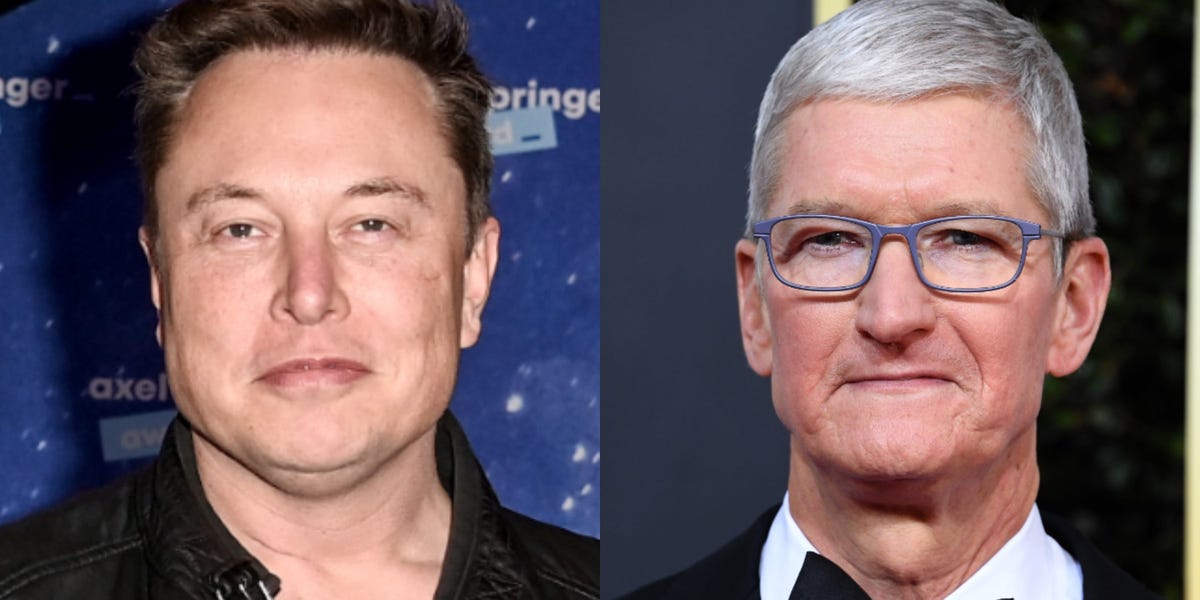 Cook’s comments came less than two weeks after Musk posted, then deleted, a tweet implying Tesla could be bigger than Apple “within a few months.”

Cook told The New York Times’ Kara Swisher: “You know, I’ve never spoken to Elon, although I have great admiration and respect for the company he’s built.

“I think Tesla has done an unbelievable job of not only establishing the lead, but keeping the lead for such a long period of time in the EV space,” he added.

Tesla and Apple don’t directly compete – but this could soon change. Apple reportedly plans to build an autonomous electric car by 2024, and during Monday’s interview Cook hinted that the project was real. Apple has recently patented some vehicle features.

Musk said in December that he once wanted Apple to buy Tesla for a tenth of the company’s 2020 value, but that Cook wouldn’t meet with him.

Tesla posted record sales in the first quarter of 2021 despite a worldwide shortage of semiconductor chips. Wall Street now expects Tesla to sell more than 800,000 vehicles this year.

As signs that the second wave of COVID-19 is beginning to wane and travel restrictions loosen, foreign investors are looking to return to the U.S., … END_OF_DOCUMENT_TOKEN_TO_BE_REPLACED

Wall Street stocks continued to rise while government bonds softened as investors addressed the effects of US employment reports, which were much … END_OF_DOCUMENT_TOKEN_TO_BE_REPLACED