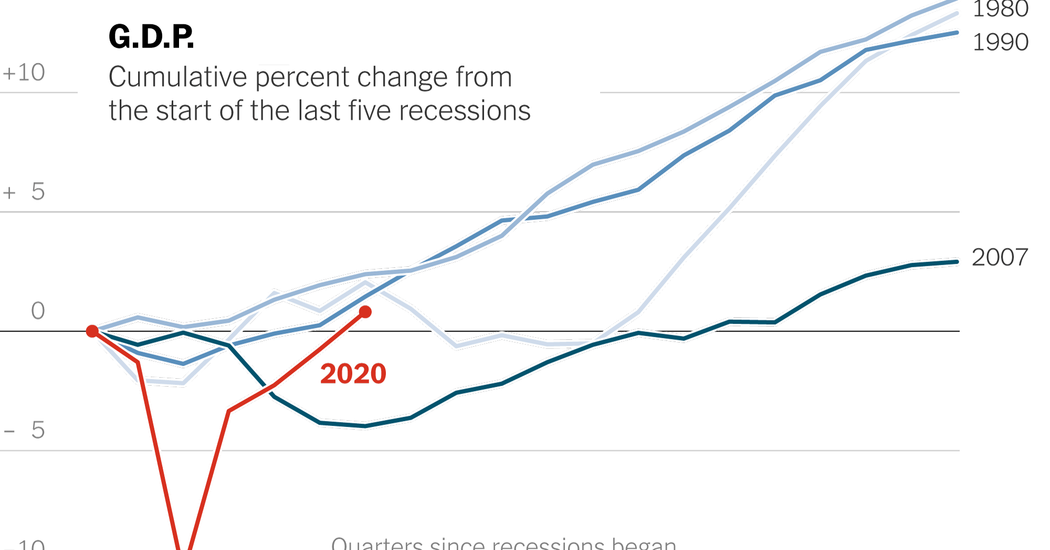 “The reason that is concerning is that this burst of activity around reopening has been driving the economy the past couple months,” said Michelle Meyer, head of U.S. economics at Bank of America. “Even a modest change in behavior could show up more meaningfully this time around.”

Brandon Lindley is watching the Delta variant news with mounting concern. He and his husband, Raphael Polito, own retail stores in California and Arizona selling designer flip-flops and other tourism-oriented products. After a disastrous 2020, business has picked up in California this year, but they are grappling with supply-chain and labor issues, and their store in Scottsdale, Ariz., is still struggling. Business has softened since July 4, which Mr. Lindley suspects could reflect concern over the new variant.

“Everyone’s a little on edge,” he said. “They don’t know what’s coming down the pipeline.”

There is little evidence so far that either the Delta variant or inflation are making a dent in consumer demand overall. Consumer spending rose 2.8 percent in the second quarter, and more recent data from private-sector sources has yet to show a significant slowdown.

Spending on services was particularly robust in the second quarter as widespread vaccinations and falling coronavirus cases led Americans to return to restaurants, nail salons and other in-person activities. But goods spending remained strong as well, reflecting the strong financial position of many households after successive rounds of government aid, said Aneta Markowska, chief financial economist for Jefferies, an investment bank.

Personal income after taxes fell from the first quarter, when stimulus payments provided a temporary lift, but is still 6.4 percent above its prepandemic level after adjusting for inflation. And Americans are collectively sitting on trillions more in savings than they had before the pandemic.

“The story of the last two decades was that every time you got a price increase somewhere, it caused immediate demand destruction because household incomes and balance sheets were so constrained,” Ms. Markowska said. “Today that’s not the case. Household finances are in the best shape they’ve been in decades.”

Still, the recovery has been highly unequal. Data from Affinity Solutions, which tracks the credit and debit card transactions of 90 million U.S. consumers, shows that recent increases in spending have been driven by high-income households. Employment among people with a college degree — many of whom could work from home — fell less in the pandemic and has already returned to its previous level, while employment among those with a high school diploma or less remains millions of jobs below that benchmark.

As signs that the second wave of COVID-19 is beginning to wane and travel restrictions loosen, foreign investors are looking to return to the U.S., … END_OF_DOCUMENT_TOKEN_TO_BE_REPLACED

Wall Street stocks continued to rise while government bonds softened as investors addressed the effects of US employment reports, which were much … END_OF_DOCUMENT_TOKEN_TO_BE_REPLACED