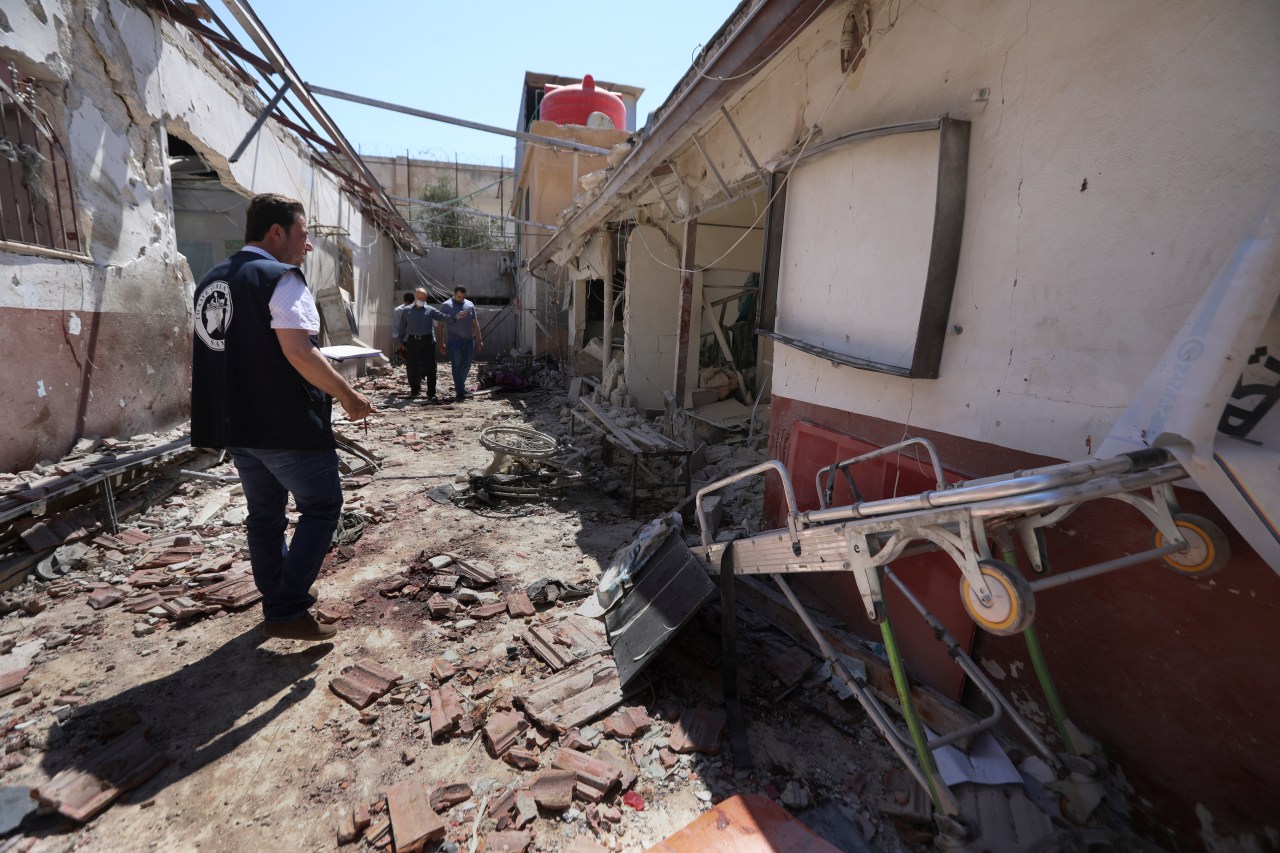 UNITED NATIONS (AP) — With no progress toward ending the 10-year Syrian conflict, the U.N. special envoy for Syria called Friday for new international talks on concrete steps like exchanging prisoners and a nationwide cease-fire that the government and opposition could agree on as initial steps to give impetus to a political solution.

Geir Pedersen told the U.N. Security Council he believes these and other areas “of vital concern for average Syrians” have the potential to achieve common ground among Syria’s warring parties. Progress would also “promote internal and regional stability and build trust and confidence,” he said.

“This will not be easy,” Pedersen said,

But he said he senses that all key players are interested in deepening talks on a way ahead, which is why “we need a new constructive international dialogue on Syria.”

Pedersen said he has been in regular contact with senior officials from Russia, a close Syria ally, and the United States, which supports the opposition, before and since this month’s meeting between Russian President Vladimir Putin and U.S. President Joe Biden. He said he has also been in regular contact with many countries on the 15-member Security Council and key states in the region.

Pedersen said he will go to Rome to talk with foreign ministers at a meeting on Syria convened by Italy and the United States and soon after that he will head to Moscow. He also plans to consult Turkey and Iran — the guarantor states along with Russia in the so-called “Astana process” aimed at ending fighting in Syria — ahead of an Astana group meeting in early July.

Asked after the council briefing about when he might launch new international dialogue, he said, “I hope we are not talking about too many weeks.”

Since the Syrian conflict erupted in March 2011, there have been many high-level gatherings designed to stop the fighting and guide the country to a political transition. Locations included Istanbul, Paris, Rome, Vienna and Geneva and included assemblies with names such as “Friends of Syria” and the “London 11.” In 2016, it was the “International Syria Support Group.” None has made a lasting impact.

Pedersen told reporters he thinks this might be the right time to try to launch international talks because “there are a few very important developments.”

He pointed most importantly to the 15 months of relative calm on the ground in Syria, but stressed that “it is a very fragile calm, and we need to discuss how we can make sure that this does not break down.” He also cited the collapse of Syria’s economy, the lack of movement on releasing detainees and abductees and accounting for missing persons, and the millions of Syrians forced to flee their homes.

Warning that the relative calm remains fragile, Pedersen told the council there were “alarming signs of escalation” in the June 12 rocket attack and shelling of the al-Shifaa Hospital in the northern Syrian town of Afrin controlled by Turkey-backed fighters that killed at least 13 people, including medical personnel, and destroyed parts of the hospital. He also cited airstrikes and shelling in the south of rebel-held Idlib resulting in casualties and more displacement.

“Elsewhere, this month has seen more airstrikes attributed to Israel, more turbulence in the southwest” and more attacks by terrorist groups including operations claimed by the Islamic State extremist group, he said.

Pedersen said there are worrying signs the Islamic State group may be getting stronger, “given the increased frequency and reach of its latest attacks.” He urged key international players to cooperate on countering IS and other terrorist groups.

“Recovering from the economic impact that most Syrians face after a decade of war and devastation is another area of potential common focus,” Pedersen said.

He urged the international community to focus on the 13 million Syrians forced to flee their homes within Syria and abroad — half the country’s pre-war population.

“This is a profound humanitarian and national tragedy and also a ticking time-bomb for regional stability,” he warned.

The U.N., U.S., Russia and many other countries support a December 2015 Security Council resolution endorsing a road map to peace in Syria approved in Geneva in June 2012 by major global powers and Arab nations that calls for a new constitution followed by U.N.-supervised elections.

Pedersen has tried unsuccessfully to get the Syrian government and the opposition to start negotiating a new constitution.

Russia’s U.N. ambassador, Vassily Nebenzia, stressed the importance of convening the constitutional drafting committee. He called on all sides “to engage in constructive interaction” and urged support “in every way possible” for the inter-Syrian dialogue.

U.S. Ambassador Linda Thomas-Greenfield criticized Syria’s “so-called election in May” that kept President Bashar Assad in power, saying that it wasn’t free or fair and that it violated the 2015 Security Council resolution that declared U.N.-supervised elections should follow the drafting of a new constitution.

“The Syrian people deserve elections,” she told the council. “And these elections should feature a diverse range of candidates, a safe voting environment, and a meaningful way for displaced people to participate.”

As signs that the second wave of COVID-19 is beginning to wane and travel restrictions loosen, foreign investors are looking to return to the U.S., … END_OF_DOCUMENT_TOKEN_TO_BE_REPLACED

Wall Street stocks continued to rise while government bonds softened as investors addressed the effects of US employment reports, which were much … END_OF_DOCUMENT_TOKEN_TO_BE_REPLACED