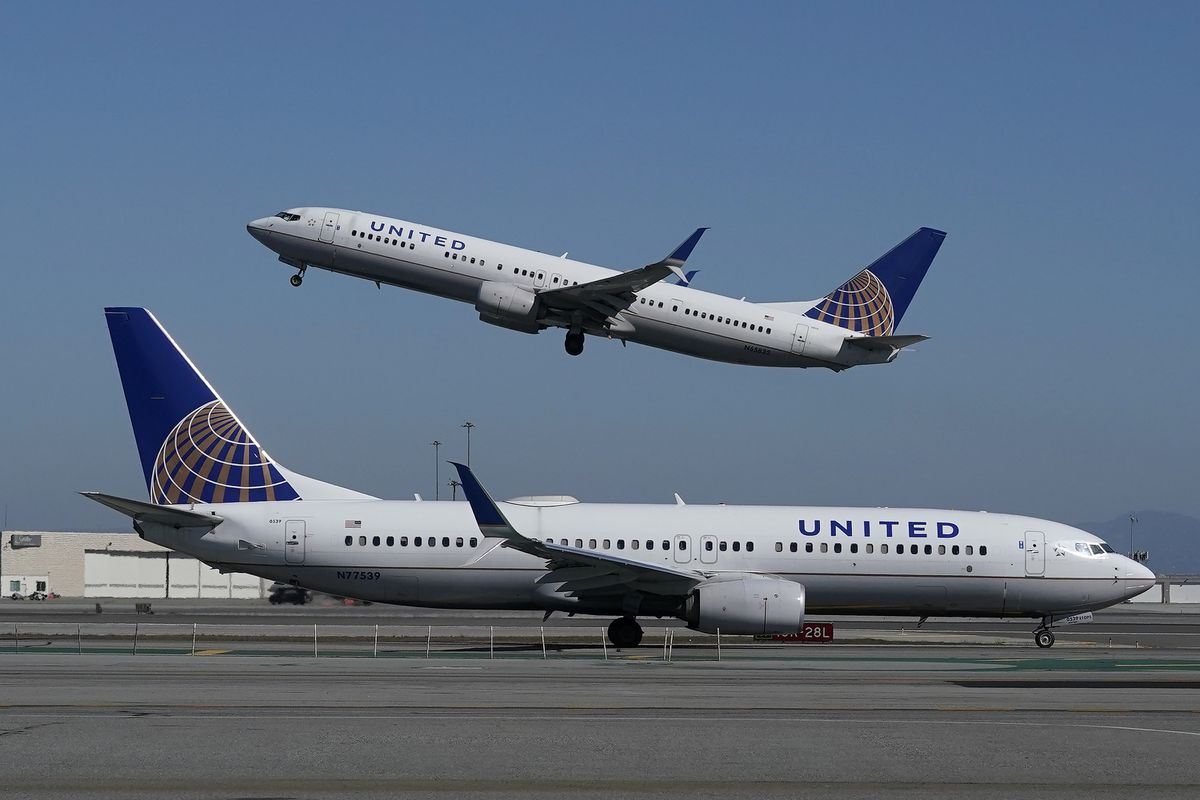 A United Airlines airplane taxis while another takes off at San Francisco International Airport on Oct. 15, 2020.

United Airlines said on Tuesday it wants women and people of color to make up at least half of the 5,000 pilots it plans to train this decade at its new flight school, a push to diversify a career traditionally dominated by white men.

The announcement comes as U.S. airlines resume pilot hiring halted last year during the pandemic and as they find themselves in the crosshairs of politically charged issues involving race.

“We want to make sure that we are tapping into a big deep talent pool and not limiting ourselves to just one section of the pond,” Chief Communications Officer Josh Earnest said on a Zoom call with journalists.

United is the only major U.S. airline to own a flight school, the United Aviate Academy, which it bought last year just before vanishing demand because of the pandemic forced the industry to scale back its operations.

Now, as more Americans are vaccinated, airlines are ramping up again.

United plans to hire 10,000 pilots by 2030, half coming through its academy, and the rest from other airlines or the U.S. military.

Of United’s roughly 12,000 pilots, about 7 per cent are women and 13 per cent people of color, the company said.

There are fewer than 100 black women pilots flying for major airlines, United pilot Carole Hopson said on the call, adding this situation had to change.

Becoming a pilot can be a long and costly pursuit and the company is offering $1.2 million in academy scholarships.

The airline’s credit card partner, JPMorgan Chase, will fund another $1.2 million for women and people of color accepted to the academy, which expects to enroll 100 students this year.

United said it hopes the program gives it an advantage in recruiting and training pilots as the industry braces for a wave of retirements at the mandatory age of 65 and after thousands retired early during the pandemic.

As signs that the second wave of COVID-19 is beginning to wane and travel restrictions loosen, foreign investors are looking to return to the U.S., … END_OF_DOCUMENT_TOKEN_TO_BE_REPLACED

Wall Street stocks continued to rise while government bonds softened as investors addressed the effects of US employment reports, which were much … END_OF_DOCUMENT_TOKEN_TO_BE_REPLACED