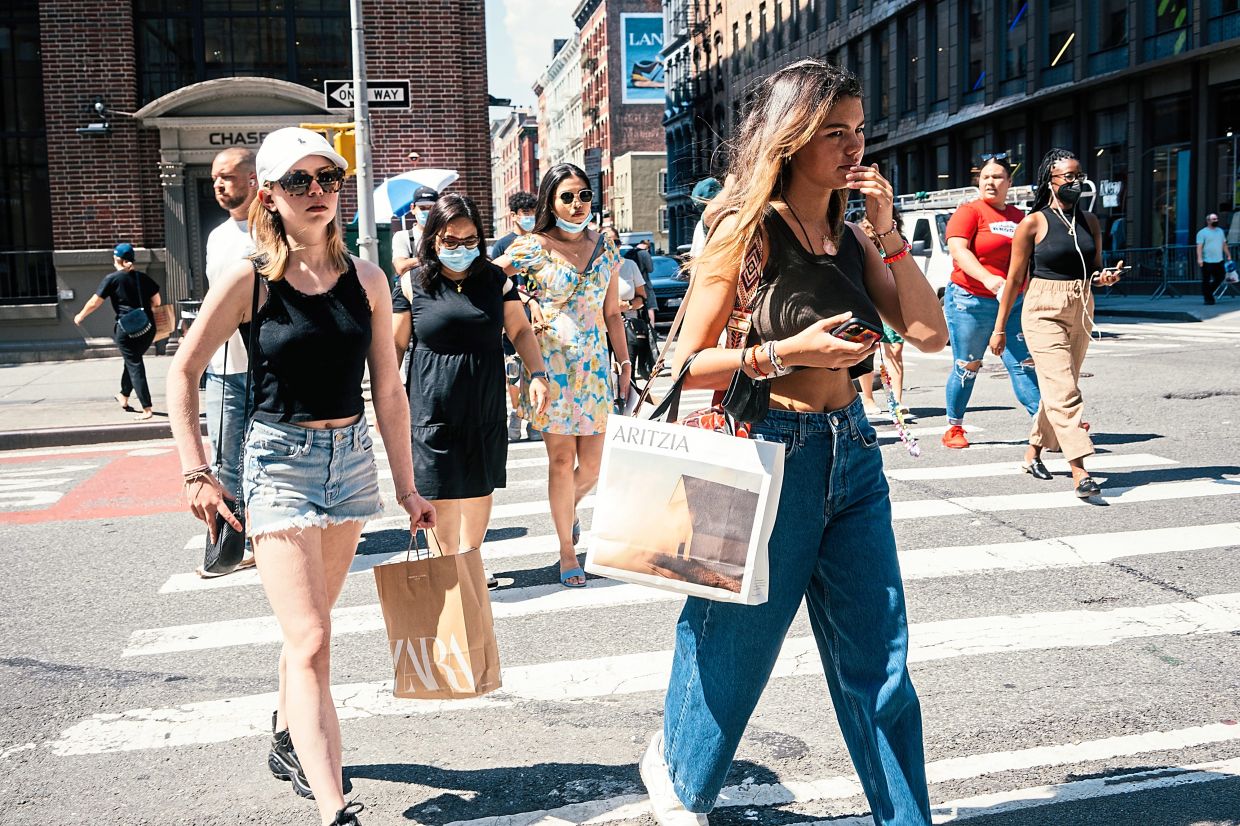 ATLANTA: The Delta variant has muted the progress of the United States economic recovery from the Covid-19 pandemic, with consumers putting off some leisure spending and businesses delaying a return to normal operations, according to a number of high-frequency reports that show softness in August.

For airlines, the number of travellers moving through airport checkpoints has started to drop again.

The seven-day average has declined to around 1.76 million passengers a day in late August from around 2.05 million a month earlier.

While this partly reflects the end of the summer vacation season, airlines have also cited the Delta variant.

There’s been a “deceleration in leisure booking and an increase in cancellations,” said Helane Becker, senior reseach analyst with Cowen Inc.

As companies have delayed a return to offices, the return of business air travel is also likely delayed, she said.

Seated dining at US restaurants has been running at about 10%-11% below 2019 levels in recent weeks, after narrowing the gap to just 5%-6% below in late July, according to OpenTable, which processes reservations online. Concern about Delta and city mandates are playing a role, according to the company.

“While several factors could be at play here, we believe the primary driver of the downturn is diners’ concerns about the rise in Covid cases.”

“The Delta variant has shown some signs of restraining vigour in consumer spending on in-person services.

While leisure travel helped to boost some popular destinations over the summer, hotel occupancy has now declined for four consecutive weeks, according to STR, a lodging data tracker. Average room rates have declined for three weeks.

Among 25 large US markets, none saw increased occupancy in the week ended Aug 21 compared with the same week of 2019, STR found.

Occupancy dropped by more than 40% in San Francisco, the most of any market.

While the labour market has become tighter this year, and many employers say they are struggling to fill positions, there are a few signs of slackening demand amid Delta.

For example, there’s been a decline in job postings on Indeed for dental office and child-care jobs, positions that would call for close contact with the public.

“During the latest wave of the virus, those virus-sensitive sectors have already seen a drop in job postings,” said Jed Kolko, Indeed’s chief economist.

If the wave continues, “Labour demand might drop if people cut back on travel, eating out, and other services spending.” And potential workers might be reluctant to look for work, he added.

The plans of big US companies to return workers to their offices in bustling business districts are going in reverse.

Average office occupancy in 10 of the largest business districts fell to 31.3% of pre-Covid-19 levels in the week ended Aug 18, according to data from Kastle Systems.

While August vacations may be contributing, “the return to normal offices has been slowed up a bit because of delta,” said JPMorgan Chase real estate investment trust analyst Anthony Paolone.

That affects not only real estate but also a swath of businesses that depend on offices, like dry cleaners and urban restaurants, and cities through taxes.

“There is a cascading effect to the vibrancy of different urban cores,” he said. — Bloomberg

As signs that the second wave of COVID-19 is beginning to wane and travel restrictions loosen, foreign investors are looking to return to the U.S., … END_OF_DOCUMENT_TOKEN_TO_BE_REPLACED

Wall Street stocks continued to rise while government bonds softened as investors addressed the effects of US employment reports, which were much … END_OF_DOCUMENT_TOKEN_TO_BE_REPLACED