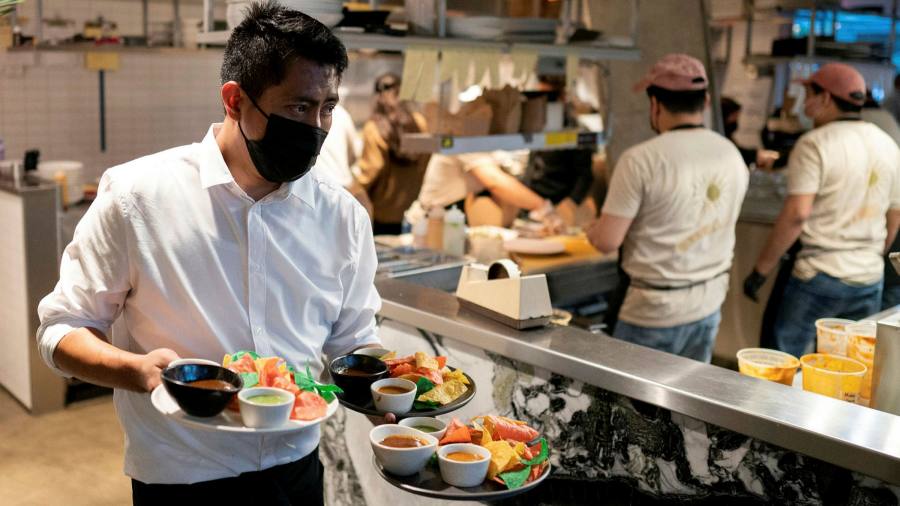 The US labour market is expected to have added nearly another 1m jobs last month, highlighting the acceleration of the economic recovery thanks to widespread coronavirus vaccinations and hefty fiscal stimulus.

According to the consensus forecast assembled by Refinitiv, employers in the world’s largest economy added 978,000 positions in April, exceeding even the strong 916,000 gains posted in March, while unemployment is predicted to drop to 5.8 per cent.

The data will be released by the Bureau of Labor Statistics at 8.30am Eastern time on Friday.

Despite the expected improvement, it will show that US employment is still far below pre-pandemic levels. In March, 8.4m fewer Americans were working compared with February 2020.

The jobs numbers for April will be released at a time of intense debate among policymakers and economists about the extent to which the rebound under way in the US will trigger a jump in inflation. Biden administration officials and senior officials at the Federal Reserve believe consumer price increases will be transient, but some economists and investors fear that the US economy is set to overheat in a risky way.

A surge in job creation is likely to be welcomed by the White House as evidence that its initial $1.9tn stimulus bill is working as planned. However, the Biden administration wants Congress to take much broader fiscal action with plans to increase spending by a combined $4.1tn on strengthening US infrastructure and the social safety net over the coming decade, paid for with higher taxes on the wealthy and large US companies.

As signs that the second wave of COVID-19 is beginning to wane and travel restrictions loosen, foreign investors are looking to return to the U.S., … END_OF_DOCUMENT_TOKEN_TO_BE_REPLACED

Wall Street stocks continued to rise while government bonds softened as investors addressed the effects of US employment reports, which were much … END_OF_DOCUMENT_TOKEN_TO_BE_REPLACED