“Are they assigned, or can the countries pick their colors?
-What suits the character or the native waters best.
Topography displays no favorites; North’s as near as West.
More delicate than the historians’ are the map-makers’ colors.’’

“Oil! Our secret god, our secret sharer, our magic wand, fulfiller of our every desire, our co-conspirator, the sine qua non in all we do!’’

July 4 is an explosive day, even in normally quiet towns. Back when there were more stringent New England state laws on the purchase and use of fireworks (and firearms!), my family and friends would go far afield to get them – mostly the South – putting them in cardboard boxes in the back of the station wagon, as our parents smoked Salems up front….

In our coastal town we were fortunate in having rocky beaches and headlands where they could be set off, terrifying birds and dogs. The fireworks were  particularly beautiful when reflected on the sea. The sulfurous scent from the show mingled with that of seaweed, hot dogs and maybe, if there was also a clam bake, of shellfish and lobster and beer.

Inevitably someone would remark “My God, it’s already The Fourth!” 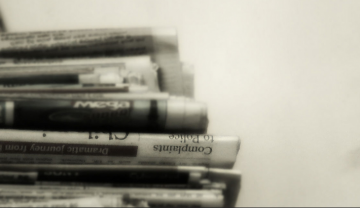 Back when most people got a local daily and Sunday newspaper, a paper route, using your bike, was a fairly reliable summer job, along with, say, mowing lawns and trimming shrubs; I was a paper boy myself, delivering Boston papers, when I was 14.

It could be hot work but it was good for the leg muscles and you got to know your neighbors (though in a few cases that wasn’t necessarily pleasant). And you learned to deal with the challenges of heavy loads (Sunday papers were very thick) and of trying to actually  get paid. I found that some grouchy customers could turn out to be generous tippers while charmers could turn out to be cheap.

Too bad many of those little early experiences in the job market and human relations are no longer available. 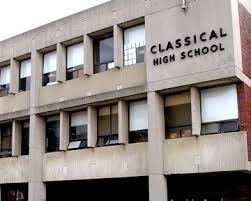 City school departments, under political pressure to address the widening socio-economic divisions in their cities,  are changing  some of the criteria for admission to give a leg up  to, especially, kids of color in admission to exam schools.

Okay, but they should be careful not to undermine these schools’ emphasis on the academic rigor (as partly showing up in standardized test scores) that make these institutions (Boston Latin School and Providence’s Classical High School  come quickly to mind) effective and alluring. And we should be leery of driving out of cities the middle-class and affluent families who believe in public education and whose taxes help pay for much of it, while recognizing that those students usually have had advantages over low-income families in preparing to apply to those schools.

Academic achievement of exam-school applicants should be clearly rewarded if the school’s value is to be maintained.

What kind of amphetamines are fueling those tailgating drivers of 18-wheelers on Route 95 these days?

Debates over male-female “pay-equity” legislation in Rhode Island and elsewhere too often ignore how hard it is to micromanage businesses, especially the many thousands (or millions) of small firms. Every worker is different and has backgrounds, skills and behaviors that can be very difficult to compare for purposes of setting pay. 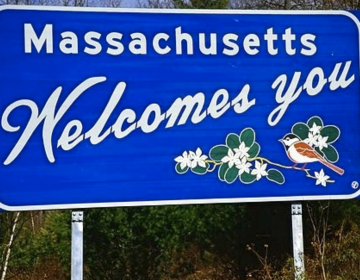 Close to the Money Machine

I’m rather sympathetic to Massachusetts on this one.

The U.S. Supreme Court has (surprisingly to me) declined to hear a suit seeking to bar Massachusetts from taxing people employed by Bay State companies but working remotely at home in New Hampshire since the pandemic began.

Still, this is temporary. After Sept. 13, Massachusetts will return to its prior rule, in which it will only tax workers for pay they get as a result of physically working in the state. The temporary tax move was meant to reduce the sudden fiscal hit from COVID-19.

New Hampshire (of which I’m a former resident, as I am of Massachusetts) has long been something of a parasite of the Bay State. While Massachusetts residents pay for the physical and social (especially education) infrastructure that has long made it among the two or three richest states, New Hampshire people who benefit from their proximity to it pay no state income or sales taxes, though the Granite State does have some high property and business taxes. They’re getting a nice ride.

Massachusetts’s investments in infrastructure spill over into the Granite State, whose south has become part of that great wealth-creation machine of  Greater Boston, much of it stemming from its higher-education and technology complex. It seems only fair that beneficiaries of that machine who work for Massachusetts firms chip in to help keep it going.

Growing kelp, which has many uses, is becoming an important part of the coastal aquaculture sector, along with shellfish (see: maineoysterbook.com) and such finfish as salmon. But in some places, such as Maine, this farming is getting pushback from wealthy waterfront property owners, many whose primary residences are elsewhere, who don’t want any businesses in their scenic sight lines. These people are taking over more and more of the shore, reducing public access.

They may like  to eat lobster, for instance, but don’t want any nearby activity, such as the sound of boat engines or the occasional whiff of fuel and fish, involved in getting the lobsters. The idea of a working waterfront  (except in old paintings) is anathema to some of them, though working waterfronts are a key part of the economies of many places, in New England, most notably the Maine Coast.

Besides for such uses as food, bioplastics, cosmetics, etc., kelp and other seaweed help offset ocean acidification caused by the increase in carbon dioxide from fossil-fuel burning. They absorb CO2.

We ought to be promoting this industry, which could become a boon for parts of coastal New England.

In other New England food developments: Entrepreneurial wine makers, some from California, are looking into turning wild blueberries (especially in Maine)  into a major wine source.

You might want to take in this series by New Hampshire Public Radio on offshore wind power, including the tangled history of wind farms proposed for off New England. Please hit this link:

Much has been made on the right of the fact that college professors tend to be Democrats, as if this is something evil that must be stamped out. But maybe they are Democrats because they tend to be fact-based.

Consider that science and engineering professors, like their colleagues in the social sciences and humanities, tend to be Democrats, from moderate to more lefty. Scientists, more than other groups, rigorously collect and interpret data as they are developed.

They try to avoid conspiracy theories,  superstition and bigotry.  The tightening embrace of ignorance by  much of  the Republican Party in recent years is a real turnoff for most scholars. On the other hand, it is ambrosia for, among others, rich GOP donors (seeking even lower taxes for themselves, along with slashed IRS enforcement),  millionaire far-right TV evangelists and fossil-fuel industry  execs. Self-interest, not facts and the broad public interest, triumph. And since 2016 they’ve been following the lead of a sociopathic mob boss and would-be dictator.

One of my favorite professors (and mentors) in college was the iconoclastic conservative Jeffrey Hart (1930-2019), who, among other things was a long-time editor at the National Review and a syndicated columnist. He was a true Burkean  (as in Edmund Burke) conservative, with an organic view of society who came to detest later in life many aspects of what the GOP had become, including its rejection of easily ascertainable facts and logic. 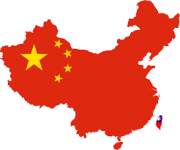 Who Took Away Those Jobs?

I read somewhere a wise remark that asked why we blame China for the loss of millions of  American jobs in the past two decades. Why not blame the U.S. business executives who killed the jobs here in order to do business in the low-wage, intellectual-property-stealing Middle Kingdom? Or their shareholders (including me). 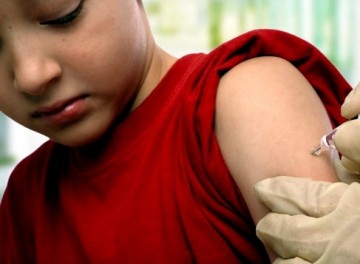 The Little Vaccine That Could

The COVID-19 vaccines of Moderna, Pfizer and Johnson & Johnson early on grabbed most of the attention in vaccination campaigns. But a much smaller company, Maryland-based Novavax, has the better product when you combine efficacy, ease of manufacturing and minimal (and in many people no) side-effects.

Unfortunately it doesn’t have the advertising budgets and political clout of the giants above. But as COVID’s Delta variant and ones that follow threaten to cause new surges in some places, it will be good to have Novavax around late this summer when it will become widely available. Full disclosure: I have participated in a clinical trial of the vaccine.

We’ll probably never know for sure if an engineered COVID virus escaped from that  infamous Wuhan lab to infect the world. As many Western researchers have noted, China has some world-class scientists, but they still ultimately report to their nation’s dictatorship, in which politics and power always trump science.

Meanwhile, some people will always harbor suspicions, however far-fetched,  that the Wuhan lab was working on stuff related to germ warfare. With a dictatorship  as ruthless and secretive as China’s,  such suspicions are inevitable.

Hong Kong will probably never again be the astonishingly dynamic business center it was before the current Communist/Fascist/capitalist mix of an Orwellian surveillance police state decided to wrench away its special status. I remember Hong Kong’s entrepreneurial energy in the ’80s, when I was financial editor of the International Herald Tribune and we had an important bureau in Hong Kong.

Xi-Jinping’s regime has given business many good reasons to leave town.

I’d be surprised if  Trump’s chief financial officer, Allen H. Weisselberg, squeals against his boss in the business-corruption case against him and the Trump Organization.  For decades he has worked for the mobster-like company, in which there’s a code of silence – omerta in Mafia parlance – to protect the Trumps in their relentlessly sleazy operations.

I’ve noticed over the past few years an increase in recentism. That’s the propensity to rank higher  in importance relatively recent phenomena over ones that came before. That’s especially true in popular culture, in which those very popular lists citing, say, the “most important” movies or songs in American history are heavily weighted to the last couple of decades.  For some reason there seems to have been an explosion in these lists in the past few months.

This appeals of course to the young, to whom most such products are pitched. But it bespeaks a thinness of cultural knowledge that’s depressing. As Cicero said, ignorance of the history before we’re born leaves us in some ways permanent children.

Reading Jesus: A Writer’s Encounter With the Gospels, by the novelist Mary Gordon, who was raised a Catholic and still identifies herself as a Christian, is a rigorous textual deconstruction of the wild contradictions, paradoxes and mysteries of Matthew, Mark, Luke and John. (She likes Luke the best, by the way.)

Many who so glibly quote this or that piece of the Gospels to make a religious or political or economic point might feel a bit abashed after reading Ms. Gordon’s book.  Certainly it won’t please Biblical literalists.  She has noted that many Christians are great “bowdlerizers” of the Bible, reading for what they find useful for their arguments while ignoring the more troubling parts.

As for the vast question posed by human suffering in a world supposedly overseen by  a benign God, Ms. Gordon,  in an interview in 2009, when this book came out, gave the only reasonable answer:

As signs that the second wave of COVID-19 is beginning to wane and travel restrictions loosen, foreign investors are looking to return to the U.S., … END_OF_DOCUMENT_TOKEN_TO_BE_REPLACED

Wall Street stocks continued to rise while government bonds softened as investors addressed the effects of US employment reports, which were much … END_OF_DOCUMENT_TOKEN_TO_BE_REPLACED