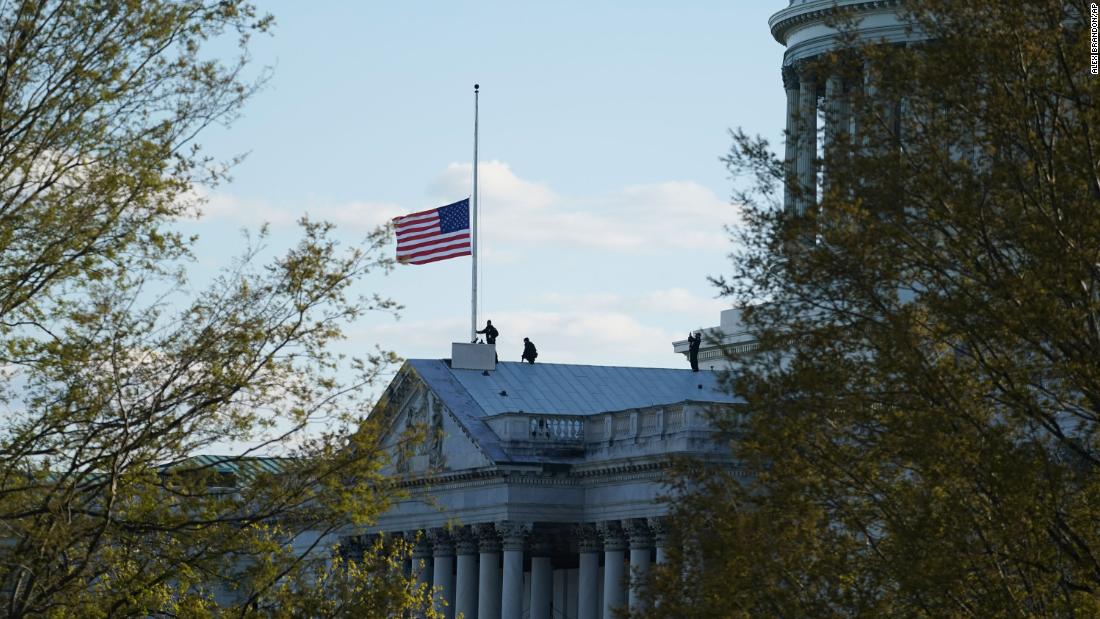 Evans, an 18-year veteran of the Capitol Police, died while protecting the Capitol from an individual who brandished a knife after ramming his vehicle into a police barricade along the perimeter of the Capitol. Another officer was injured in the attack.

“The United States Congress joins all Americans in mourning the tragic death of one of our Capitol Police heroes, Officer Billy Evans,” Pelosi and Schumer said in a joint statement. “In giving his life to protect our Capitol and our Country, Officer Evans became a martyr for our democracy. On behalf of the entire Congress, we are profoundly grateful.”

“It is now the great and solemn privilege of the House of Representatives and the Senate to convey the appreciation and the sadness of the Congress and Country for the heroic sacrifice of Officer Evans with a lying-in-honor ceremony in the US Capitol,” Pelosi and Schumer said in their statement.

Acting US Capitol Police Chief Yogananda D. Pittman reflected on the day of Evans’ death how difficult a time it has been for the Capitol Police force, who remain understaffed and overworked since the violent insurrection on the Capitol on January 6.

Capitol Police Union Chairman Gus Papathanasiou said in a statement Saturday that the Capitol Police is staffed below its authorized level by 233 officers and could face larger staffing shortages as officers retire in the coming years. Papathanasiou noted the shortage is exacerbated by the continued injuries of several officers in the January 6 attack.

Evans is the second Capitol Police officer to die in the line of study this year. Capitol Police Officer, Brian D. Sicknick, died a day after the Capitol riot on January 6 “due to injuries sustained while on-duty,” the Capitol Police said in a statement. Two officers also died by suicide after responding to the riot.

As signs that the second wave of COVID-19 is beginning to wane and travel restrictions loosen, foreign investors are looking to return to the U.S., … END_OF_DOCUMENT_TOKEN_TO_BE_REPLACED

Wall Street stocks continued to rise while government bonds softened as investors addressed the effects of US employment reports, which were much … END_OF_DOCUMENT_TOKEN_TO_BE_REPLACED