Business leaders in Liverpool are urging the city’s newly-elected Mayor, Joanne Anderson, to help them drive forward the city’s economy.

One leader, Downtown in Business chief executive Frank McKenna, had been concerned about what he perceived as “anti-business rhetoric” from all the candidates during the campaign and he urged the Mayor to focus on wealth creation.

Labour candidate Ms Anderson saw off a strong challenge from independent candidate Stephen Yip to secure victory. The election used a preferential voting system and she beat Mr Yip by a total of 46,493 votes to 32,079 votes following the second round.

Her victory on Friday was followed by another Labour win on Saturday when Steve Rotheram secured a convincing victory in the election for the role of Liverpool City Region Metro Mayor.

She now becomes Liverpool City Council’s first elected black female Mayor after only winning her first seat on the council in 2019. However, she takes the helm at the city in a troubled period for the city council.

Ms Anderson replaces Acting Mayor Wendy Simon who took over in December when two-time elected Mayor Joe Anderson was arrested by Merseyside Police on suspicion of conspiracy to commit bribery and witness intimidation as part of the Operation Aloft investigation.

Mr Anderson, who is no relation to Joanne Anderson, is no longer on bail and denies all wrongdoing. However, he decided to step aside from his role.

In March Government inspector Max Caller’s damning report into the council uncovered a “dysfunctional culture” in the highways, regeneration and property management functions of the authority.

Pledging to clean up the mess, and introduce a more transparent and accountable system of Governance, Ms Anderson will now have to work alongside Government inspectors in the affected departments. Following her victory on Friday, she said: “I want Liverpool to have the best accountability and transparency structures in the country.”

Both the Caller report and the Operation Aloft investigation have focused on the city’s relationship with outside contractors, particularly in the property sector. And there is a fear in the business community it may lead to a breakdown in the relationship between commerce and the local authority.

The Liberal Democrats, who ran the city until little more than a decade ago, won three council seats from Labour in the south of the city but failed to make any significant headway. Its Mayoral candidate, Cllr Richard Kemp, came a distant third in the election. Labour’s grip on the council remains strong.

Liverpool’s Labour group has shifted firmly leftwards in recent years and there is concern there exists anti-business sentiment among a number of councillors and party members. Liverpool’s economic renaissance has been remarkable in the last decade but the city still lags behind other regional cities in terms of investment and business density.

Liverpool’s relationship with Whitehall could be a major feature of Ms Anderson’s time as Mayor. Previous Mayor Joe Anderson did make attempts to forge links with the Government, particularly with former Prime Minister David Cameron and his Chancellor George Osborne.

Mr Anderson formed an uneasy alliance with Mr Osborne during the EU Referendum campaign with both men firmly advocating Remain. However, he was also frequently at odds with ministers over cuts to local authority spending under the austerity agenda which has forced the council into difficult choices over public services.

But with Whitehall commissioners now heavily involved in the running of the city following the Caller report, Ms Anderson will need to work constructively with Whitehall if the city is to benefit from investment over the next few years. Any such co-operation could create problems on her left flank.

Frank McKenna told LBN: “I would like to congratulate Jo on her victory. We should all celebrate the historical significance of her election. I hope that she now works constructively with the city’s business community so that Liverpool’s journey of renewal and regeneration can continue and is not stymied

“I am a little concerned that the rhetoric of all the mayoral candidates during the campaign was anti-business. Everyone, councillors, decision-makers and the wider community needs to recognise that to redistribute wealth, you first have to create it. That is the private sector’s job, and we need to be supported to do it.

“The big hope is that Jo’s election can help us reset the city agenda, move on from what has been a challenging period and begin a new chapter of developing genuine, effective public-private sector partnerships that are transparent, inclusive and deliver for Liverpool.

“I am sure Jo will be doing her best to do this and  I wish her all the very best in her new role.”

“This is an extraordinary and historical moment for Liverpool,” said Ms O ‘Carroll. “it’s a historical moment for women and black women in this country and I think it sends a very powerful message to the rest of the country and to the rest of the world that Liverpool is on its way back and Joanne Anderson will be leading the way. I’m delighted and I’m looking forward to working with her.” 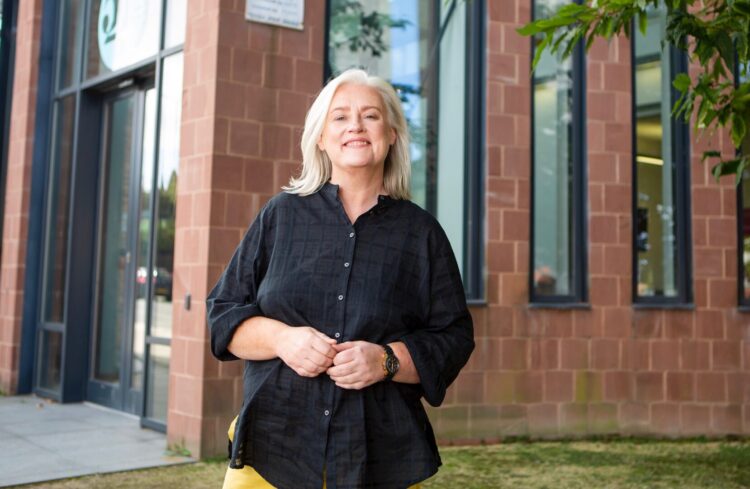 Paul Cherpeau, chief executive of Liverpool Chamber of Commerce, also offered his congratulations to the new Mayor. He urged her to “place the city at the heart of an ethical and value-led economic region that is positioned for future growth”.

He added: “A major part of the task ahead is to secure funding and training opportunities that give businesses the confidence to grow once again and lead local people back into work without delay.

“It will be important for the city to support specific sectors that have been hardest-hit by the pandemic, such as hospitality or tourism, as well as those facing new trade and export challenges in a post-Brexit world.

“We also hope to see continued investment in high street regeneration across the city and support for longer-term capital projects such as the Knowledge Quarter, which germinate new opportunities for innovation and creative and digital skills.

“The partnership approach which the city council adopted to address the challenges of COVID-19 has demonstrated how much we can achieve working collaboratively, and we are looking forward to working with Joanne Anderson to take that partnership to the next level.”

Liverpool BID Company represents 1,500 city centre businesses and chief executive Bill Addy said it was vital to “make the city centre and business inclusive and welcoming, a place where everyone who lives and works here can succeed”.

“We’re currently in the ballot for an expanded BID area in Liverpool, which will help city centre businesses across all sectors work together to help the city rebuild and to grow,” he added. “There are challenges ahead, and it’s been disheartening to see Liverpool in the headline for the wrong reasons.

“Joanne’s campaign has shown her passion for people and we share that commitment to make this a city centre that people can be proud of, that attracts business, visitors, residents and investors so we can get back on that road to growth.”

Andrew Ruffler, chief executive of Professional Liverpool, also highlighted the importance of job creation and investment. He said: “We congratulate Joanne Anderson and wish her every success in representing the best interests of the city.

“We hope for an inclusive approach to helping communities around Liverpool recover from the pandemic. It has obviously created huge challenges for the business community but it is business that drives many of the positive outcomes we all want to see – including job creation, developing our skills base and helping secure investment.

“We would also like to  see a joined-up approach with the Metro Mayor Steve Rotherham. Liverpool city region has many economic strengths but Liverpool is the attack brand and the biggest cog in the machine and we need a cohesive approach to deliver the best outcomes for all.”

As signs that the second wave of COVID-19 is beginning to wane and travel restrictions loosen, foreign investors are looking to return to the U.S., … END_OF_DOCUMENT_TOKEN_TO_BE_REPLACED

Wall Street stocks continued to rise while government bonds softened as investors addressed the effects of US employment reports, which were much … END_OF_DOCUMENT_TOKEN_TO_BE_REPLACED